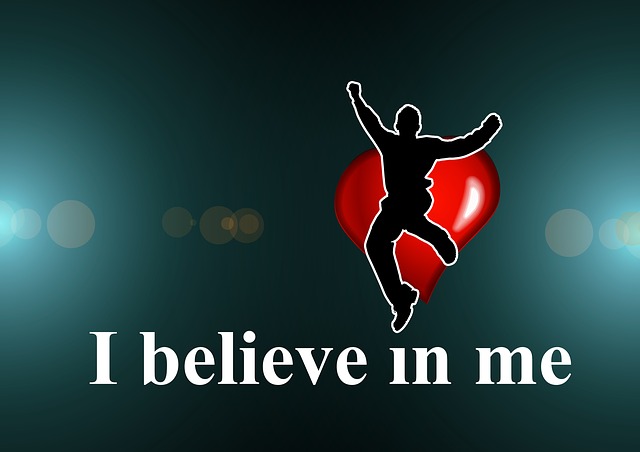 Sometimes the greatest challenge to success is the person staring back at you in the mirror. In this edition of Tough Things First, guest host Rob Artigo asks Ray Zinn about how to meet the challenge of being your own worst enemy.

Rob Artigo: I’m sure you’re familiar with the phrase, “Be your own worst enemy.”

Rob Artigo: That’s a good way to open up our next subject. You say, “That the most important fight is the one we have with ourselves.” So tell us about that.

Ray Zinn: Okay, what happens in life is that we’re constantly hit with challenges. And when you look at, critically if you can look at yourself in a critical way, and not let your ego get overcome these criticalities, as you would. That’s what I mean by being your own worst enemy because you can be your own worst critic if you have the heart and the mind to want to improve.

Rob Artigo: It’s funny, because there are so many different ways in life that we are forced to be critical of ourselves, and sometimes, if you can’t stomach it, you have to look the other way, and it doesn’t benefit you. And if it defeats you because you can’t handle your own criticism, I’ll give you one example. This is a good one. We’re on a podcast. Most people hate the way their voices sound. It’s just a natural reaction to hearing your own voice recorded and sent back to you. And so you think, “Oh, man. I sound terrible.”

But other people don’t see it that way, don’t hear it that way, and maybe they love the sound of your voice. But you can’t stand the sound of your voice. Any one of those ways of having to self-evaluate and being too hard on yourself can be self-defeating. And certainly, meaning, that if you can’t deal with that fight, you’re going to have a hard time dealing with other fights, as well.

Ray Zinn: Absolutely. They say, “You keep your friends close, but your enemies closer,” and so keep yourself, as your own worst emery, closer. Constantly evaluating your performance is crucial to self-improvement. Not that you want to get to the point where you talk yourself into, “I’m so bad, I’m so ugly, I’m so fat,” or whatever, that you lose objectivity. But you want to be able to look at yourself critically enough that anything flaws, your voice, whatever it is that you’re concerned about, you can make those changes, and that’s what we mean by becoming your own worst enemy.

Rob Artigo: And you say, “Stay true to your values.”

Ray Zinn: Not letting yourself go by the way of the world. Having the kinds of standards and the kind of morals that you’ll be proud of and that your family would be proud of. And that’s what we mean by being true to the values that you hold dear.

Rob Artigo: Do we really fail because of the things … Because we have failed, maybe ourselves, our family, our friends, associates, and even our country?

Ray Zinn: Yes, and that’s one of the problems that we face in this world, especially today. Is that we say, “Oh, well. He’s doing it or they’re doing it.” We look at the statistics and they say, “Well, it seems to be this is acceptable to do this sort of thing.” Whether it be lying, or whether it be distorting the truth, whether it be cheating on our spouse, whatever it is, that’s when we lose those values, and we no longer are true to the values that we hold dear.

Rob Artigo: Right, and that is a fight, because I had a conversation just yesterday with somebody on a very similar topic. And that is, sometimes in business or in other aspects of our lives, we see somebody else succeeding, and we either have witnessed or suspected they’d behave in a certain way that’s negative, and therefore, we go, “Well, we have to behave that way, or act that way, we have to maybe lie, or we have to be crooked in business in order to get ahead.” And the truth is, that they may be ahead in their own world, but they’re not ahead in life just because they’re successful in business, but they’re doing all these other things wrong. Doesn’t mean they need to be emulated or should be emulated.

Ray Zinn: Well, a funny thing happened. I was over at a friend of mine’s home, and their daughter was dressed in these jeans that had these tears in the various parts of the pants. The knees, and the thigh area, and they were raggedy. And I jokingly said to her. I said, “Oh, is your dad needing financial help?” She says, “Why?” I says, “Well, because your clothes look like they’re kind of shabby.” And she, “Oh, no. That’s the fad. Oh, no. That’s the way the fad is. And I paid actually extra for this.” I said, “You have to pay extra for the holes in your jeans?” And she says, “Yes.” And I said, “Oh, okay. Well, if your dad needs some help financially, let me know.” And she looked kind of sheepish. She says, “Oh, now I feel bad about …” She says, “Well, I don’t wear these all the time. I only do it when I’m around my friends.” So that’s the key here. We tend to be influenced by our friends, and that’s not being true to our own value to ourselves, then we’re just following the trendy things.

Rob Artigo: And in that way, in line with our topic here, is that’s how you can be your own worst enemy. The fact is, that that fight that we have with ourselves is the toughest one, because our selves say, “I want this. Or, I need that. Or, I should wear this. I want to be like those people.” We have to find … We have to be able to recognize those little battles, and those are, internal battles oftentimes, and come out on the winning end.

Ray Zinn: Yeah, it’s a slippery slope because once you start down that slope, then it’s hard to turn around, so being true to yourself means stop before you start. And that’s important to do. Stop before you start. Think about what you’re doing. Make sure that this is not going to violate your values down the road.

Rob Artigo: Yeah, and you said, “High moral standards, and also just being a good person is more important than having great wealth and accolades.”

Ray Zinn: Absolutely, because many people seek for the accolades or honors of man, and then give up the values that are true values, that make them true leaders. And so don’t follow the fads. Stay true to your values. Don’t be influenced by the ways of the world, because ultimately, that will tear you down.