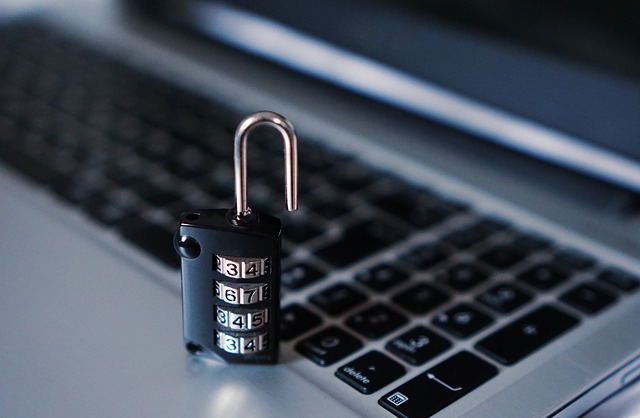 Relations between China and the United States is fractured by theft of intellectual property. Ray Zinn, the longest serving CEO in Silicon Valley discusses the what and hows of the dispute and options for dealing with it.

Guy Smith: Welcome again to another episode of the Tough Things First podcast. I’m your guest host today, Guy Smith and as always, we’re chatting with Ray Zinn, the longest serving CEO in Silicon Valley and the founder of Micrel semiconductor. One of the things I want to talk with Ray about, very important subject, is the interaction of the world economy, especially the United States and the technology industry with China. China has a long reputation for, how shall we say this? Misappropriating intellectual property and specifically that being a problem with their long term mission of basically taking over electronic manufacturing from the ground up. First things first. Hello Ray. How are you today?

Ray Zinn: Doing fine. Appreciate you being with me today Guy. Thanks.

Guy Smith: I always enjoy having these chats with you. First, let me find out. What have you witnessed? You founded and ran Micrel for 37 years. You were in the semiconductor industry even before then. What have you witnessed about China and their process for acquiring intellectual property from other countries, especially within sight of semis?

Ray Zinn: Okay. Let me get a little history here. Back in 1975 when I was at Electromask, I invented the wafer stepper which is a piece of equipment to allow semiconductors to be photolithographically imaged on a wafer providing a much higher resolution and much more accuracy and allow the geometries to go to much, much smaller by using the wafer stepper, which is, by the way, the most dominate piece of equipment to … Used in the industry today, to manufacture semiconductors. Back in, oh, I’m going to say, mid 80s, late 80s, I hired a fellow who used to work in Hungary, back when it was part of the Soviet Union, and he told me, I’m hearing this directly just from him, that Russia had secured a piece of that semiconductor equipment they called the wafer stepper, through Austria and they just began to copy it and replicate that piece of equipment.

Even though it had all kinds of IP and patent protection, they were able to secure it through Austria and then they copied it and that’s how the Soviet Union got a jumpstart on the manufacture of very small geometry semiconductors back in the early 80s. This is not new. This is the pilfering of IP by other countries is nothing new and has been going on forever. During the second World War, we were able to … Wernher Von Braun, who was the chief scientist in Germany, we were able to get that rocket technology from him when he came to the United States. The United States has also acquired technology vis-a-vis we acquired it and then copied it as you would or use that technology. This is nothing new. These nations try to gain a foot hold or leap frog by getting technology, inappropriately as you would and not paying for it anyway forever.

The fact that the Chinese are doing this in spades is nothing new. We are using our muscle to try to keep them from doing it so blatantly. They have been copying our clothing, purses, watches. This has been going on. In almost every country in the world, does some pilfering and some copying because they feel they’re sovereign. In other words they’re “you can’t touch me, you can’t hurt me because I’m a sovereign country.” I’m not saying that we’re lily white in it. Our country has probably taken technology from other countries and has used it. Japan has done it from us. Going back 30, 40, 50 years ago. While not trying to excuse China and their methods for acquiring this technology, it is nonetheless a very important subject that has gotten a lot of media attention and of course, we’re doing what we can to frustrate China’s ability to acquire these technologies.

Ray Zinn: That’s exactly what their goal is. By 2025, they expect to be completely autonomous in the ability to manufacture semiconductors without having to use any other sources other than their internal sources that they have either developed or are developing. The question becomes really, Guy, the one of what do we do about it? What kind of leverage do we have to pull? That’s the more key question. Obviously, economic, we can put economic constraints on them. We can not allow them to purchase or acquire new technology from us by other constraints available to us to do that. Of course, we’re using tariffs as a barrier. Supposed barrier anyway to prevent them from openly taking the technology. Lastly, we can always just not purchase from them. We can stop buying products coming from any country that does that. It was called an embargo. We can use embargo tactics. There are several things that we can do to slow down. You’re not going to prevent, but you can slow it down.

Guy Smith: That appears to be part of President Trump’s latest initiative. He was directly tying trade and trade sanctions to China, putting some sort of controls on the theft of intellectual property, but is that really going to work? Is that a big enough leverage that the Chinese would begin to have some greater respect of common IP law?

Ray Zinn: No. It will slow them down. It’s more of a Band-Aid. You’re not going to stop the wound of theft of technology. It’s not going to happen. Just like locks on doors in homes doesn’t prevent thieves from coming in. You can put all kinds of security cameras up and all kinds of other measures tactically otherwise to stop or slow down the thieves from breaking in, but they’re going to break in. They will break in and it’s the same thing that’s going to happen here. We can put locks and other measures on our technology, and that slows them down. Thank goodness technology advances and it advances … the semiconductor cycle, for example, for that matter almost all electronics, has about a five-year life. We can, if we have the attitude and the fortitude to do it, we can take the five years that these product lives have and stop or slow down their ability to leap frog or go ahead of us in the next five years. To do that, of course, we’d have to in some overt way, stop them from acquiring the technology that we develop here in the United States.

Guy Smith: It seems to be an expensive proposition. Preparing for today’s recording I ran across a study by an independent commission on the theft of American intellectual property and they think that China’s misappropriation of our technology could be costing us about 600 billion annually. What has been the impact on the semiconductor industry in particular? How’s China’s rapid acquisition of American IP and semiconductors affected the American semiconductor industry?

Guy Smith: It’s also probably going to be affecting the world economy in some interesting ways because if there was a natural diffusion of this intellectual property through licensing and grants across a broader scope of the world economy, then we would see the natural ebb and flow of economics between countries. If China is rapacious in stealing so much of this IP it also helps cut other countries out of their economic development.

Ray Zinn: Because the United States is, I think, the dominate engine for electronics there’s certainly more of an impact on the US than there is on other countries. Even more so, I think, going forward than might have been in the last 30 or 40 years. With more countries trying to develop more technology, whether it be software or hardware, they’re going to need access to our technology in order to advance their economy. They’re all fighting to get a foothold in it and roughly with 20 to 30% of all semiconductors being manufactured in the far east, or maybe even more. Maybe it’s more like 40 or 50 percent, we’re losing ground as you would by not having that technology being manufactured in house or in the country. We run the risk of losing our ability to be the mainstay of technology by offshoring so much of our manufacturing because it doesn’t take a rocket scientist to figure out that if we’re manufacturing it offshore then certainly those countries that have that manufacturing of our products will have the ability to transfer or to at least allow other countries to have access to our technology, vis-a-vis our manufacturing offshore.

Guy Smith: Right, right. A friend of mine I was telling him about this podcast that we were going to record today and he made the joke that maybe we should encourage India to steal our IP because at least we can trust them, so if somebody’s got to steal it, maybe it should be the Indians.

Ray Zinn: There’s no iron wall around India either. Technology can diffuse from any country. It is a notable note that India is a pretty good friend at this time to the US, but who knows what that’s going to be like in another 20, 30 years?

Guy Smith: That’s true. The football is always in play. Anyway, Ray, thanks very much. This is, I think, going to be one of the most compelling international topics probably for the next 10 years. The fact that you’re ahead of the field and you’re addressing it I think is important to the national dialogue in terms of our international stance on intellectual property. For people in the audience who are interested in these kinds of things, two recommendations. First, subscribe to this podcast, rate and review it, and share it with your friends. We actively are looking to make sure that Ray’s wisdom and experience in Silicon Valley finds a wide audience. More importantly though, by all means, get Ray’s book, Tough Things First, available at amazon.com. Distillation of his leadership in Silicon Valley as Silicon Valley’s longest serving CEO, if you’re an entrepreneur, if you’re an executive or if you’re just somebody who’s looking to figure out how to get through life better, Tough Things First really is a great first step on that path.

Ray Zinn: They can also grab a copy of our newest book, Zen of Zinn, which I was talking to a friend just the other day, and he said that he has some friends that come over to play poker together, and he has a copy of the Zen of Zinn on his table, and he said people are book marking it and actually coming … When they come back to play again, they always start off right where they left off. He said that it’s got a lot of popularity. It’s easy to read. It’s a good book for philosophy just for ideas, tips on how to run your life, and it’s just a, I think, a great book for those who … Whether you’re a school teacher, or you’re an entrepreneur or just a mother trying to raise her family, it’s a good book.