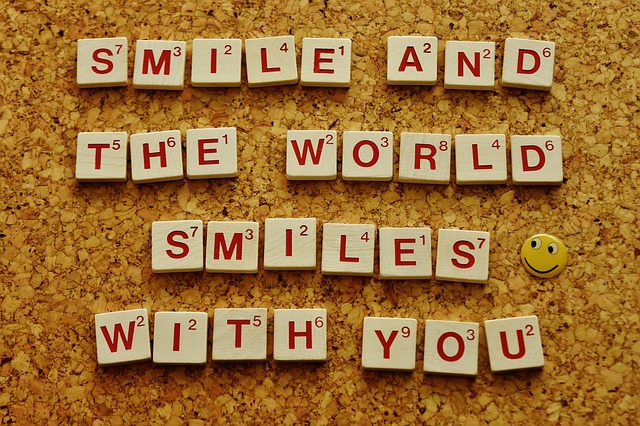 Making our homes, communities and the world a better place may not be as hard as it sounds. Ray Zinn and guest host Rob Artigo are back together for another Tough Things first podcast to discuss the five actions you can take to positively influence the world around you.

Ray Zinn: Hello, Rob. Good to be with you today.

Rob Artigo: It’s great to be back.

Rob Artigo: You recently came up with another one of those great lists you’re so famous for. This one is as important, I think, to the new year as anything else I can think of considering the problems that our country’s having and what we’re hearing about in the media, social media, wherever you want to go. It just seems like this fits. You’ve come up with a list of five actions that we can take to make our homes, communities, and nation a better place. So let’s take a closer look at each one. Okay?

Rob Artigo: Number one, not necessarily in any order of importance here. Number one, be kinder. What do you mean by be kinder?

Ray Zinn: Well, this is, again, we’re trying to make America great again or just any nation whether it be the U.S. or any other country. There’s so much animosity. I guess because the public media, I mean, the social media and the public, as you would, preaches so much about negative stuff. Everything’s negative, negative, negative. “I don’t like you. You don’t like me.” And so, I thought that what we need to focus on for 2018 to bring us back full circle to being a community, because that’s what a community is. A community is a group that works together. To improve our community is to be kinder to one another, not be so quick to say bad things. Just to be thankful, appreciative.

Ray Zinn: Exactly and that’s the point that I made about that we can learn and we can strive to be a kinder people.

Rob Artigo: Number two, we can also be nonjudgmental.

Ray Zinn: Yes. Nonjudgmental. You know, all these tweets and things that come out about this person’s bad and saying all this negative stuff is judging. Judge ye not, ye be not judged. In other words, don’t judge others because you’ll be judged by what you judge others by. If you’re a righteous judgment, then you’ll be judged that way. Jumping to conclusions or saying bad things about others is not helpful. Avoid it. I mean, the first thing we talked about is being kinder and to be kinder means to be nonjudgmental and to be a more respectful person of our fellow man, as you would. That’s another one to strive for.

Ray Zinn: So we got kindness and we have nonjudgmental. That’ll really go a long way to help our country.

Ray Zinn: Yeah. So right, of course, is being correct, so correctness, as you would. So righteous has a more of a godlike point to it, as opposed to being self-righteous or being bias. That’s not what we’re talking about. We’re talking about being more godlike both in terms of our willingness to help others, to feel bad for things we do wrong, to attend to those things which are more uplifting and not so earthly, as they say. I think there’s nothing more this country needs than more focus on being righteous as an individual.

You may not be a god-fearing person. You may not have a particular religion you belong to, but you can be righteous in the way you deal with others both in terms of your integrity, your honesty, and your respect for others.

Rob Artigo: Well, number four also ties into that as well. So, we have number one, be more kind, be kinder. Two, be nonjudgmental. Three, be more righteous, and four, be better listeners.

Ray Zinn: Absolutely. You know, you can’t think or listen while you’re talking. As Judge Judy often says, “You have two ears and one mouth for a reason, and use them proportionately.” I know from my friends and people I associate with that I like to know about them. I like to learn more. I know about myself. I don’t need to learn more about myself unless it’s to correct or improve, but I like to hear about others. I like to know what they think, how they feel because, again, that goes to being more kind and nonjudgmental and righteous. If we’re willing to listen to others and be kind of like that kind country doctor who you really love to have him come and visit you because he wants to hear how you feel, and so being willing to know how others feel is more important than telling them how you feel.

Now, they may ask, “How are things going?” That’s fine. And you say, if you want to say a good thing say, “I am doing just great and I hope you are too.” And then let that person tell you how they feel. But be a willing listener and that’s an important attribute. Keep your mouth closed at least half the time and open those ears up and be genuine in the way in which you listen to others. Don’t just figuratively speaking listen, just really listen intently and honestly listen.

Ray Zinn: That’s a good one. Honest listeners. Someone who is listening to you without being judgmental, who is there, who cares, and is kind in the way and respectful of you. So, open those ears and shut that mouth. That’s what that means about being a willing listener.

Rob Artigo: Yeah, and as you said before, is when you’re listening you got to be patient with the other person and it’s a good idea to eliminate distractions so that you are giving them your undivided attention.

Ray Zinn: I’ll actually sometimes repeat back what they said so that they know that you heard what they said. Don’t be afraid to say, “Oh, I see you are having difficulty with your leg,” or “Oh, you have a child that is not doing well in school,” and that tells them that you’re listening. Don’t do it every single time, but periodically just reflect back what they said, so they can see that you’re hearing what they’re mirroring, as you would.

Ray Zinn: Yes. You know, there’s nothing like forgiveness and that’s not just saying, “Well, I forgive you.” We’re talking about genuine, godlike forgiveness where you are without hesitation and without reservation you’re willing to forgive. Maybe they haven’t fully repented or fully abated what they have done to you or how they’ve harmed others, but that you’re willing to forgive them unconditionally and without judging them and saying, “Well, you know, you need to do this. You need to do that before I’ll forgive you.” Forgive them. Period.

It’s not just a word, by the way. When you say, “Oh, I forgive or I forgive you,” that’s a word. Forgiving goes to the heart. It really means the way you treat them in retrospect, how you come back to them, and they’ll know if they’re forgiven by the way in which you then treat them. Because if you haven’t forgiven them, you’ll treat them more harshly and with less understanding, but if you are kind and respectful and inviting, then they know that you have forgiven them. And if you don’t bring it up again either. If you don’t say, “Oh, you know, you did this or you did that,” then they’ll know that you have forgiven them.

It’s not easy to do. To have a forgiving heart is difficult. That’s why I add it to that list of five important ones that we can do for 2018, in order to help us be a better community, a better family, a better nation.

Rob Artigo: And those five actions that you can take are, one, be kinder, be nonjudgmental, be more righteous, be better listeners, be more forgiving. I guess bottom line is you put all those together and, as you’ve written in one of your musings from Toughthingsfirst.com, is basically be more loving.

Ray Zinn: Exactly because that’s the bottom line. The more loving you are, the more likely you are to have these five attributes that we just discussed.

Rob Artigo: As always, you can reach out to Ray Zinn with your questions at Toughthingsfirst.com. You can continue your education there and the conversation, of course, with all the podcasts, the blogs, and I mentioned the musings. You’ll also find there links to information about the book Tough Things First, also the LinkedIn connection and also Twitter and Facebook.

Ray Zinn: Rob, always love to talk to you. You help inspire me with these thoughts.