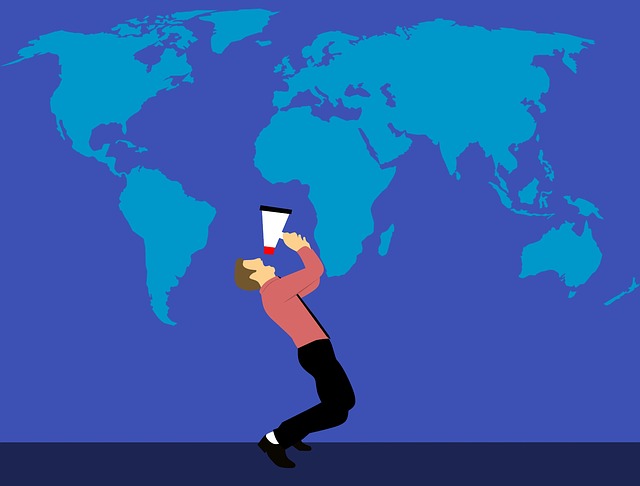 Rob Artigo: I’m Rob Artigo. Guest host for this edition of The Tough Things First Podcast with Ray Zinn, the longest serving CEO in Silicon Valley. I am a writer, and a California entrepreneur. Happy to be back again, Ray?

Ray Zinn: Rob, it’s always a thrill to be with you.

Rob Artigo: On a previous podcast we talked about the question of whether, or not God is dead, and it was of course a rhetorical question. You know? If God’s there, he was there before, and he will always be there. I wasn’t surprised by your answer, you said, “No. God is not dead.” The question is, is the topic of God or religion in the public square dead? Let’s just talk about religion in general, is religion important in modern society, here in 2018?

Ray Zinn: Well, I believe it is, because as we talked about in a previous pod, is God dead? I think that people who have a religious focus and bent in their lives are more honest, and they have higher morals, and they’re more faithful in their marriages, and they tend to treat each other more kindly, and more respectfully. Having a religious bent in your society I think is good, and it’s important. In those societies that don’t have that same religious strength in their society tend to be less caring, less loving, less giving, not willing to be of service to others. I think that is an issue.

I know in the scout oath, “On my honor I’ll do my best to do my duty to God and my country, and to obey the scout law. To help other people at all times, to keep myself physically strong, mentally awake, and morally straight.” That oath has been around for over a century. That scout oath is an indication of your moral belief, and how you view others. Again, helping other people at all times, I think that’s important. The more religious you are the more apt you are to help, to love your neighbors yourself, so to speak.

Rob Artigo: There is another way of looking at this, too, because there is a part of society, a point of view in society where there are people out there who think religion is not important to society and it has no place in the public square, and I’ve always felt that, that position itself is a religion of sorts, in other words, the idea that I’m completely dismissing God, and Jesus, and any other type of faith that you want to think of, I’m dismissing it outright, because it’s not scientific, it’s not good for society, so we prefer if that wasn’t there. I’ve seen people cling to that position of not wanting religion in society to the point of making it a religion themselves. The non religion, religion. Does that make sense?

Ray Zinn: Yeah. It’s not a religion because religion is a faith based statement-

Rob Artigo: Doesn’t it take faith, though, Ray, to-

Rob Artigo: Say, you have to take, make a leap of faith saying, “I know God doesn’t exist.”

Rob Artigo: And that requires a leap of faith-

Ray Zinn: Okay, but again, religion tends to be in the dictionary, it tends to be a belief in a higher deity, or being-

Ray Zinn: And more of a faith-based subject as opposed to being this is my opinion.

Ray Zinn: Whatever your hobby is, that’s my religion, but that’s more just a cliché, it’s not a real honest English version of the definition of religion. In this podcast, we’re talking about is religion in a faith based, belief in a higher being is that important for a society, and the answer is flat out, yes. Now, not everybody that listens to this podcast are going to agree, because that’s the problem we have is that some people don’t agree that you need a religion based society to be successful. I do. I mean this country was founded on that. There’s no other country, by the way, that I know of that has a statement made that, “One Nation Under God,” is in their pledge of allegiance. To me, that’s a statement, or on their coins that says, “In God We Trust.” These are very emphatic statements about, here’s how we believe, and that’s very important.

Rob Artigo: Conversations that I’ve had with some people who are adamantly against religion, they think it’s not necessary, let’s put it that way, for society, because they say, “It’s not necessary because all I have to do is act right, be good to other people, and that’s how society works, so do the right thing.” I look at them and go, “But who decides what the right thing is?” What’s morally right to somebody who has no religious background, or religion they’re making up their own rules as they go along as to what is morally right.

I bet Adolph Hitler, who was operating in his own world thought that it was morally right to commit the holocaust, because he thought he was doing the right thing. It’s like, he thought, I’m doing the right thing, and who sets the rule for the right thing in a society that has a religious basis particularly, and I’m biased in the sense that I have Christian faith, so society with a Christian faith is going to be a forgiving society, and an excepting society, and one that people foster good, as you said, morals, that are based on basic principles that people share, but if you-

Rob Artigo: Have a society where people are just operating based on the rules that they make up, then it’s a wild, wild west.

Ray Zinn: We’re just talking about now a basis for society in other words does religion have a basis for a society? And I say, yes, because not everybody has the same view of being honest, and forthright in treating their fellow man properly. I think religion helps it, because it teaches it. Does everybody have to go to college? No. Does everybody have to be from a specific area of the country to be successful? No. We’re talking about, now, what would enhance, what would give society the best chance of success? And that’s what the subject of this podcast is about.

I think religion does train, get people the training and the help that they need, I think, to be a kinder, more understanding society, and then our country is becoming less religious, and that’s why you’re seeing so much animosity, and so much hatred amongst the different political groups, is because they don’t respect each other, and how do we get back to that? We have to go back to church, as you would, go back to being a more willing to listen to our faith leaders as you would. That’s the bottom line in this conversation is this is a podcast, this is to urge people to join a religious group, and help develop that faith based society that we need.

Rob Artigo: Good advice, Ray. We are done with another Tough Things First Podcast. Please follow the podcast everywhere podcasts are available. It’s out there on Stitcher, as well as all those other platforms. Go out there, click like, and make sure you leave a comment, and also share this podcast with other folks that we’ve done many, many podcasts, I’m not the only guest host. There have been a handful of really great guest hosts, and if you go back and look at the archive you can see all the previous podcasts, listen to them, and get some great advice from Ray Zinn, the longest serving CEO in Silicon Valley.

Ray has two books, Tough Things First is his first book, which is really great if you’re an entrepreneur and you want to learn a whole bunch of stuff. How to start your day, I mean, hey, it’s called, Tough Things First for a reason all the way to more problematic things that you face as a business person. Find that information there, but also get your daily dose by picking up the book, The Zen of Zinn, Ray Zinn’s new book. Thank you, Ray, I really appreciate it.

Ray Zinn: Thank you, Rob. Good being with you again.