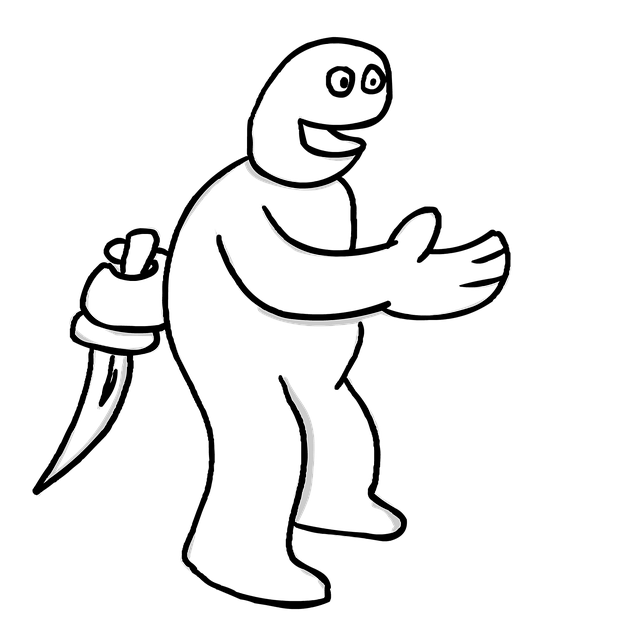 Workplace conflicts are as common as the sunrise, but lingering grudges over those conflicts can be even worse. In this Tough Things First podcast, Ray Zinn offers some thoughts on why grudges can be so disruptive.

Rob Artigo: Welcome back to another edition of the Tough Things First podcast. I’m your guest host, Rob Artigo. I am a writer and entrepreneur in California. Hi, Ray.

Ray Zinn: Hello, Rob. What a lovely day we have today.

Rob Artigo: Certainly is. Workplace conflicts are nothing new. I think many of us have experienced disagreeable coworkers, or can point to at least one or two experiences where a project was derailed or harmed by conflict within the team. But whatever the reason for the conflict, you say we should never hold a grudge. Why’s that?

Ray Zinn: Because a grudge is like a cancer. It really prevents us from seeing clearly the problem. It’s like a sliver in your finger can cause great pain, even though it’s very tiny. And really it can be just almost invisible to the naked eye. It can be a real thorn in our skin. And that’s the way a grudge is. A grudge, even though it can be a small one, or we think it’s small, is like a sliver. It works its way in, and pretty soon it’s causing an inflammation, an infection maybe. And maybe even irreparable damage. As they say, for the want of a nail a shoe is lost, and for the want of a shoe a horse is lost and so forth. You can refer to a grudge like a little nail. You mean, relax, it’s a small thing. It’s not something that I think is a big problem. But grudges are very damaging, because they have enmity embedded in that problem, enmity meaning that you have bad feelings of harm for that person with whom you hold a grudge. That’s what grudges, grudges are extremely, extremely dangerous.

Rob Artigo: I like how you described it before as a hand grenade, that you’re sitting there with the pin pulled in your hand, you’re holding that little spoon from the grenade in your hand, and it’s just sitting there, and a grudge helps it, it just festers, until you’ve gotta drop that grenade and it’ll go off. So the grenade’s gonna go off eventually, and that grudge is the grenade that’ll eventually go off. You can ignore it if you want, but you got a grudge there that’s somehow or another gonna impact you down the line, and maybe in a big way, the way a grenade would.

Ray Zinn: Exactly. As you pointed out, you can only hold onto that grenade so long before it blows up. So holding a grudge only gets worse. Your hand, when you hold the hand grenade, doesn’t feel stronger. Your hand feels weaker as you try to grip that spoon to keep that hammer from releasing that firing pin. The only way you can get rid of that grudge is to not let it fester in the first place; in other words, don’t let it become a hand grenade in your hand.

Rob Artigo: How do we deal with it, then? If we have a grudge, if I’m holding a grudge or you know somebody, you’re a manager and you’re trying to deal with somebody who appears to be holding a grudge, we wanna be the bigger person. But what do we do to help address that, so that, I don’t know, in a sense, put the pin back in?

Ray Zinn: Well, judge and grudge go together. What causes a grudge is you judge. In other words, you’re having a judgment, as you were, a grudge-ment, against some individual or some situation. And that’s what ends up being the damaging item. So don’t judge. In other words, don’t blame or don’t come to a judgment on something for which you don’t have the authority to do. Judge and grudge, as I said, go together. And if you judge, then you’re more likely to hold a grudge.

Now, how do you put the pin back in after you’ve pulled it? It’s not as easy. And I don’t know how many people out there listening to this podcast understand how …

Rob Artigo: The mechanism of a grenade.

Ray Zinn: Yeah, exactly. But that pin that has to be put back in is not easy to do. It’s not, ’cause you’ve gotta line up two opposite objects together exactly, and that pin fits exactly in that space. And so lining up that spoon to that hinge point where the pin goes in is very, very difficult to do. So best not to pull the pin, and best not to have that hand grenade with the pin pulled.

Rob Artigo: Does it require us to swallow our pride and just … because it’s multi-layered. If you’re gonna deal with a grudge, you’ve gotta come up with some sort of forgiveness, even if it’s not that word to the other person. Maybe it has to be, I don’t know, but you have to come up with some forgiveness. You gotta set aside your pride. You gotta do whatever it takes to make that grudge, nullify that grudge. If you’re gonna put the pin back, it takes work.

Ray Zinn: Yes. All those that are listening, think of, do you hold a grudge? In other words, if you hold a grudge, meaning if you hold enmity toward anyone, the one that’s being damaged is the one that’s holding that hand grenade or that grudge, not the person that you hold it against. The hand grenade example is strictly just to show how much damage the grudge does, not to the person you hold a grudge against, but to yourself. As I mentioned earlier, it’s like a cancer, and it begins to spread. And once it starts to spread, sometimes you just can’t get rid of that without some help from others. Because it becomes very festering. So the best time to get rid of a grudge is the very moment that it occurs. And so if you recognize your grudge like that hand grenade before you pull the pin, then you’re more likely to not be harmed by that grudge.

So a grudge doesn’t harm the person you hold the grudge against. A grudge harms you, that holds that grudge.

Rob Artigo: Thank you for your time, Ray.

Rob Artigo: Find out more at ToughThingsFirst.com, Tough Things First on Facebook, and Ray, your Twitter and LinkedIn. The book is available at major book retailers and Amazon. Tough Things First. Read it, improve your productivity, and also find out more about how you can do things like release the pressure of the spring-loaded thing that is your grudge.

Ray Zinn: And also, feel free to contact us if you agree or disagree with some things we might have said on the podcast. Or if you’d like to chime in with your own ideas, we’re open. And we’re open to discuss your concerns. So let us know, send us a note, either on LinkedIn, Twitter, or on our Facebook. And also directly into, email directly to me at ToughThingsFirst.com.

Ray Zinn: Thank you, Rob. Good to be with you.