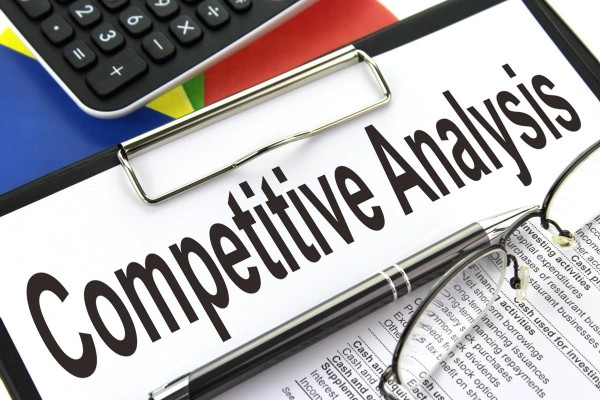 In business, a winning hand starts with knowing the game and the players. In this edition of Tough Things First, guest host Rob Artigo asks Ray Zinn about sizing up the competition and recognizing when it’s time to stay or go.

Rob Artigo: I’m Rob Artigo, your guest host for this addition of Tough Things First, the podcast with Ray Zinn, the longest serving CEO in Silicon Valley. I doubt you’re much of a gambler, Ray, but I’ll bet you know the poker term, and the concept of knowing when to hold ’em and when to fold ’em?

Rob Artigo: You got to know the game, and you got to understand the players, right? Tell me about that.

Ray Zinn: You got to know your competition. You have to acknowledge the game itself, and then you got to know when to keep going forward and when to say, throw in the towel. There is a whole combination of things that we learn from hold them or fold ’em, because that’s … How do you run a successful business over time is knowing when to get in and when to get out. Getting in at the wrong time, maybe you’re late in the game, is as bad, or getting in too early can be bad, too, because the market’s not ready for you, or just not having a very good product, and knowing when that product, or how that product is not good, such that you don’t spend a lot of effort, and money, and time developing something that’s not gonna sell.

Rob Artigo: Business shouldn’t be a matter of a gamble, and so it’s … When I mentioned that you got to know the competition and understand the players, meaning you got to know who the other businesses are, you got to know who those business operators are, and you’ve got to have that … Wealth of experience, once again, comes in. You’re many years at Micrel, so you understand the marketplace, understand who’s in the marketplace, and then you’re not really gambling, right, you are making educated decisions about when to hold ’em and when to fold ’em. You’re not going, “I’m gonna bluff,” for example?

Ray Zinn: Well, you know, gambling is a form of luck. When you say, “You have to fold ’em,” the hand you were dealt was bad, but you knew that it was bad, and so you didn’t put any more money, or time in the game, you just said, “Okay, I fold.” No matter how experienced and knowledgeable you are, you are gonna have products that are not gonna do well. In fact, the 80/20 principle applies where 20% of your products do 80% of the revenue, so that means that the other 80% of your products are not doing that well. I don’t know of a single company that has not had their own share of products that just didn’t sell. Be aware that there is some luck involved in running a successful business, but the difference between a gambler, as you would, somebody who knows the game, and the novice, is he knows when to hold and when to fold.

Rob Artigo: What are some of the ways we can size up the competition in the business environment we’re in, so that we’re educated about what’s happening?

Ray Zinn: Well, the best thing is not just look at what they have already out there, because that’s easy. What the challenge is, is where are they headed? Apple, for example, has this cloak of secrecy that they go through, and they really hold close to their vest where they’re headed, because they don’t want to give their competition any insight into how well they’re gonna do, or how well the product might do. They hold their vendors to the same level of secrecy. Being able to keep where you’re headed a secret is crucial, whether you’re making Kentucky Fried Chicken, or whether you’re making iPhones. Your sauce, or your secret formula is your ability to get ahead of the competition, because I’ll guarantee you it won’t take them more than a few months, once you come out with a product, and if it’s successful they’re gonna copy you. Fitbit found that out and so did GoPro, and Jawbone, and a number of other companies that are having trouble right now, have learned that just because you got a nifty product in the beginning doesn’t mean that you’re not going to have competition shortly thereafter.

Rob Artigo: Yeah, on The Shark Tank Show, Mr. Wonderful is always saying, “What prevents the big guys from coming in and crushing you like a bug?”

Ray Zinn: Well, that’s true. I mean, they will. I guarantee, if you have a successful product, and if it is something that can be somewhat readily copied, they will do it, and they will scoop that business from you. I can remember, oh I’m going to say 20 years ago, if my math is right, Samsung was number 15 in cell phones, or in mobile phones. In other words there were 14 companies ahead of them, and Apple wasn’t even on there. They weren’t even listed as … Not 20 years ago for sure. Now, today, I heard that Samsung is now larger, sells more phones then Apple does. Apple now has now risen up there, too, and companies that were the big names back in those early days, like Motorola, they’re not even around, and Nokia. Those guys don’t even exis- Blackberry, you know, those phones are nonexistent.

Rob Artigo: They were the leading edge. They were the … You would have thought … They were ubiquitous in the phone and communication environment, and yet now we don’t even think of them.

Ray Zinn: That’s a good example, because like Blackberry in their heyday, there was not a Smartphone available, so the Blackberry was one of the smartest phones out there even though it wasn’t called a Smartphone. Then, Apple jumped in with the Smartphone, with the iPhone, and then they were soon followed by Samsung, and it wasn’t long until everybody else was jumping in, but they jumped in too late, like Microsoft. They all jumped in too late, and the foothold was already there with Apple and Samsung.

You can get in too late, too. Even though you’ve got a great product and have copied well, the market may have already moved on, and you’re already out of luck. Knowing where the market’s headed, recognizing where your competition is headed, knowing your competition, is crucial to running a successful company, and so you want to keep your ear to the floor. That’s why Apple has such a strong, and defensive, secrecy program, is they know the damage and the problems you can have if people can sense where you’re headed, because that’ll now allow your competitors to jump in sooner, before you’ve released your product, and then scoop your business.

Rob Artigo: You don’t want to ever be in a situation where you are not advancing your product, and if you don’t know what’s coming, and your product all of a sudden stays on the same path, and everybody else diverts to Smartphone-ness, then your phone looks dumb, even though it was a great product for so many years.

Ray Zinn: As they say, if you snooze you lose. You got to have your ear to the floor, always know where the competition’s headed, know where the market’s headed, and be prepared to take advantage of it. That’s how you stay ahead of the curve.

Rob Artigo: You can find out more about this, and other topics, at toughthingsfirst.com, Tough Things First on Facebook, on Twitter, on LinkedIn and, of course, get your hands on the book. Ray, it’s a good book, and I think all the material together, your blogs, and other posts, and the content you have on your toughthingsfirst.com, all work together to help people continue their education, so I encourage people to reach out to you, make comments, leave some questions that can be answered later on down the road. I know you do regularly come back with a show where you answer questions from people and, obviously, there’s an archive, so people can go back and listen to all of the old podcasts, and they’re just as fresh now as they were when they were first recorded.