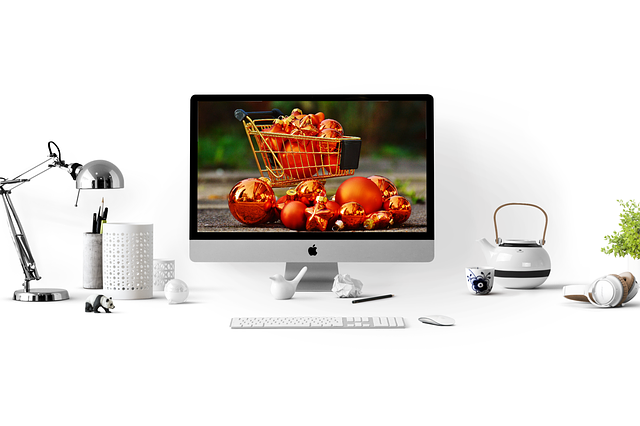 There is no time like the holidays when employees and management alike tend to think about anything but work. In this Tough Things First podcast, Ray Zinn is quizzed on dealing with employee seasonal distractions. The give and take of making it through the holiday hump.

Rob Artigo: Rob Artigo here, your guest host for another edition of the Tough Things First podcast with Ray Zinn. I’m a writer and entrepreneur in California. Well, being invited back is always a pleasure, Ray. How you doing?

Ray Zinn: I’m doing fine. I hope you’re enjoying your day today. And it’s always good to have you, Rob.

Rob Artigo: I found a column on US News and World Report online. It was actually a column that was originally published by Associated Press and picked up by the paper. So this is the way it goes. “The holiday season can be a motivation and productivity killer at some small businesses,” it says. “Staffers may spend time chatting or shopping online, ask to leave early for children’s holiday events, or just not be in the mood to work.”

It also says, “The companies with the most holiday problems are likely to be the ones where November and December aren’t a particularly busy period,” and so we’re not talking about that retailers, and the restaurants, and the caterers, and other companies like that where staffers understand when they’re hired that this is a prime time for the type of work they’re going to be doing.

At any company though, if employees are distracted, the owners of course find it, it’s difficult to be flexible with the employees when you got to accommodate everything. I suppose, Ray, in your many years of experience, 37 years at Micrel, that you had to deal with, well if it was 37 years, it was likely to have been something like 37 Christmas/holiday cycles. So you’ve dealt with this a lot. Is this something, in your experience, that has been a problem historically?

Ray Zinn: Well, it’s only been a problem, I think, in the last 20 some years. That wasn’t really a problem before that, but in the last 20 something years, it has become more of a problem, especially as people expect more and they expect, by the way, to have time off during the holidays. It used to be the employee worked around the problem and now they’re expecting the employer to work around the problem.

And so as an employer, as you pointed out, for 37 years, I was constantly faced with, what do I do during the holiday season? Because I know it’s gonna happen. It’s like keeping food away from a starving person, it’s just almost impossible to do, or keep them from thinking about food when they’re starving. And you’re not going to stop employees from thinking about the holidays.

And as you pointed out, it’s on their minds with online shopping. They’re sitting there doing online shopping at their desk at work and it’s hard to stop them because they have access to the internet. And so it’s become more of a problem, I think, in the last 25 years.

Rob Artigo: Yeah. Primarily social media also is another matter where people are able to get onto their cell phones and use a variety of platforms to shop.

Ray Zinn: I’ve noticed this more this year than any other year. The last couple of weeks, I’ve had nothing but emails from Costco Wholesale or Google or all these different companies that are putting different Black Friday or Cyber Monday or whatever. I’m being bombarded with emails about, “Oh, you can save money, you can look at this, take a take a look at this.” It just drives me nuts. I’ve never seen it this bad before and it worked.

They’re going to bombard our employees with, “Oh, take a look at this.” Okay. It’s all inviting, these social media contacts that are being made. Why don’t you like this particular product or whatever? It’s in a Pinterest. They spend so much time gearing up for the holidays that it really is difficult for an employer.

So what I would suggest you do is that you plan for it. In other words, you have to make ready your operation. Small as your staff may be, you have to make preparations for the holidays. And so if you do, in other words, if you are ready, let’s say in the middle of the year or towards the third quarter, if you are planning for this time to let your employees, as you would, have access to internet or going long lunches or whatever, then you’re more able to deal with it.

So some of the recommendations that I have made have been allowing employees to take at least a couple of long lunches to maybe do some shopping as long as it doesn’t get out of hand. And then to go to their children’s programs, allow for that. Then they know you’re a kind thoughtful person as an employer. But if you get angry and threatening, getting after them for doing it too much anyway, you’re going to be deemed a scrooge.

So it’s a tightrope that you’re walking and when you have to be careful that you let them have the enjoyable time of the holidays, but not too much at the company’s expense. You might have to pay a little overtime to get them to cover for the times that they’re taking off. So especially if you’re a retail store and they have to be there in order to cover the traffic that comes in.

So you just have to plan, I think, for the holiday and offer either compensatory time off if they have to work, and so that they know that you’re thinking of them and let them know that they’re going to have to figure out some other way to do their shopping, whether later at night or when their shift is not operating and do it that way as opposed to doing it while they’re working.

Rob Artigo: Your comments brought me back to your earlier remarks and I thought of the analogy of the food, like if you’ve got somebody that you’re withholding food from, allowing them to do a little bit of activity, giving them some space to embrace the holiday spirit and do their shopping or whatever it is that they need to do, get with family and take some time to do that allows them to have some nourishment, I think, instead of withholding the turkey from them.

Because by the end, they’ll end up spending the last five days of the holiday season just doing nothing for you because they’re now famished and starving for that something you could have given them a little time here and there to do.

What you do is you just try to encourage them to do the shopping after hours or at some other time by allowing them a little extra time during lunch to maybe to half an hour or something to do it. They’re gonna feel better about you as a boss than if you just lambaste them for taking any time at all to do their shopping.

Rob Artigo: Well, Ray, for the record, I definitely got a lot of emails that said Black Friday something, fill in the blank, from virtually any retailer that I’ve dealt with where I’ve given them my email address, including my internet service provider, or rather my website service provider. They sent me … And how could my website company have some sort of Black Friday deal they’re trying to pitch me? And I gotta be honest with you, I didn’t buy any of that stuff. I wish I could block the word Black Friday for my email. I just never want to see it.

Thank you, Ray. That’s a side note, little personal comment on my part. Anyway, join the conversation at toughthingsfirst.com. Your questions and comments are always welcome. Follow Ray Zinn on Twitter, Facebook, and LinkedIn. If you have questions, send them to Ray. He is ready, willing, and able to take some time to read what you’ve got and if you want to join Ray for a podcast, yes, it’s possible.

We can set you up with a podcast time, you can submit your topics. We’ll decide which ones of those topics are the best. Get you together, maybe do one, two, three podcasts, all as a matter of how much you interact well with Ray. If Ray wants you, he’s going to have you on. So please let us know at toughthingsfirst.com. Thank you, Ray.