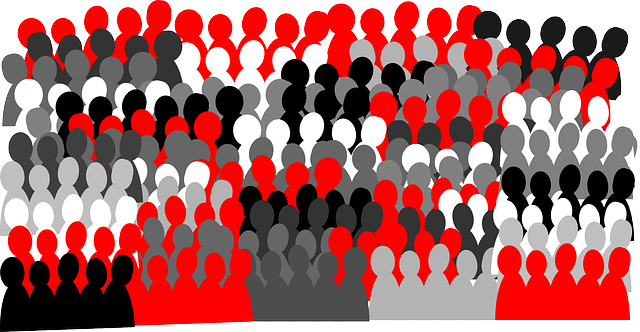 Managing your workforce and worker’s pool. In this edition of Tough Things First, Ray Zinn is host to David Williams, successful entrepreneur and author, to discuss the challenges and benefits of modern hiring.

Ray Zinn: Thank you ever so much for joining me today. So this is Dave Williams of Fishbowl, and a great author and a contributing writer for Forbes. And this is Ray Zinn of “Tough Things First.”

If I look back at the history of my company, I would say that 95 percent of all the people that we terminated were RIFed, Reduction In Force, as opposed to actually firing because they didn’t perform.

David Williams: Utah, where we’re centered, it’s the technology bed of the universe; at least in the Western Hemisphere. Per capita, we’re extremely competitive, extremely entrepreneurial. There’s a lot of West Coast, East Coast, out of the country companies that are settling into this area because there’s three universities that pump out incredible graduates. The cost of living and the cost of doing business in Utah versus the coast is so much more manageable that a lot of people have chosen this as a great hub for them to move either their headquarters or to have a major regional presence here.

Ray Zinn: You do have a valley, but you could be called, Silicon Utah Valley, or something.

David Williams: Yeah, there is a formal organization and newspaper and web presence called the Silicon Slopes that has put a label on this area and all the companies that reside here.

David Williams: Especially when we’re … all the accolades that we receive as a company and then my people get headhunted, it seems like daily. So, how do you keep a good employee a long time? The point being is, how do we keep our people in the company?

I just wrote an article this week on how to stay in a company forever, and why a young person should not job hop. And why it’s beneficial to [inaudible 00:03:53] a period of time.

Ray Zinn: I wrote a little blog on that myself, so you and I are singing on the same sheet of music.

Ray Zinn: The thing with your company though, David, is that your average employee is 27, but by the time you’re Micrel’s age, 37 years, you’re going to be in your 50’s.

Ray Zinn: Especially if you don’t have any turnover, and if they stay with the company. That’s what happened to me. My people, according to my board, got long in the tooth. When I hired them, they were in their 20’s. Because we kept them, because we didn’t RIF a lot of people, and because we were so tenacious about being a people oriented company, they stuck with us, they stayed with us. They were having grandchildren by the time the company was 37 years old.

David Williams: Absolutely. Even 15 years old as a company, looking around and seeing a lot of the same faces as I started with is really rewarding. I can’t even imagine what 30-35-40 years [crosstalk 00:05:02] must feel like, Ray.

Ray Zinn: I had a friend who recently, he’s 63 years old, he recently interviewed at Google. You can’t ask you for your age, but as soon as he walked in the door and they saw him, they basically excused him. They’re not hiring anybody over 45. Google’s only maybe less than ten years old. For crying out loud. What’re they gonna do? They’re just gonna RIF their work force every five years.

David Williams: Yes. Yes they do.

Ray Zinn: That’s a shame. How are you going to build loyalty and trust if you’re constantly RIFing your workforce?

David Williams: My opinion is on that matter is that they’re Google, so they can get all the people they ever ever want.

Ray Zinn: But is that right? Is that the kind of culture we want to build America on though, David?

David Williams: Not you and I, we don’t, because we don’t believe in that philosophy of churning people just to use them as resources, and when they don’t work anymore, you spit them out. We don’t believe in that philosophy, but a lot of the companies today do. Unfortunately, a good person may age, and get to the point where they think that they’re antiquated. Or a 45 year old, to you and me, is still very young. [crosstalk 00:06:22] Naturally, has a lot of wisdom to share …

David Williams: … with these people who don’t have the experience.

Ray Zinn: You can’t develop your intuition until you’re over 40, in my mind.

David Williams: Yeah, and just the experience this 45 year old has had, versus a 22 year old smarty-pants from Stanford. I think there’s some type of recipe that these bigger companies need to embrace in order to have some of this tenured, long in the tooth – I haven’t heard that phrase since I was a young kid, by the way. I love that

Ray Zinn: That shows my age.

David Williams: It’s something my dad and my uncle – I’d always hear on the farm and the ranch, “Oh, they’re long in the tooth.” And I’d keep going, “Wow. Are their teeth really longer?”

Ray Zinn: Your gums recede, that’s why you look long in the tooth.

David Williams: Yeah. So true. I would encourage all of these up-and-coming, mega companies to not forget the wisdom that some tenured players can bring into your company to add to this high octane, high horsepower, “I can rule the world without any experience” mentality. There needs to be a mix. We hire dads, uncles. We don’t shy away from hiring a 50 year old person to come into a support team that has 22 to 28 year old people on em.

David Williams: Age doesn’t matter to me at all. They could be 80. If they still want to work, and they have the appetite, and they can add value. This is what I look for, probably the same thing you do, right? If they can look at me and say they will give their very best each day, they’re willing to make mistakes, they’re a team player, they’re teachable, and they’re honest; they’re in.

Ray Zinn: I love it, David. Now you’re going to have these cultural differences. You’re not going to have the Millennials, as your company would say. We’re nothing but a Millennial company. Like Google does. We’re basically a Millennial type company. They don’t want to have these generation gaps, as we call them. When I ran Micrel, and I retired at 78, I had people working for me that were 18, 19 years old. I get along perfectly well with them. They were my grandkids age, but I still got along with them because we related. I treated them as equals, and recognized them and praised them for their contribution. You can have these generation differences as long as your company is geared that way. You have that philosophy in your company that we will not develop these silos, these differences, that we’ll have unique relationships with these different generations.

David Williams: Spot on. Yeah, I just don’t believe … so what if you’re 60? And so what if you’re a Millennial company? It comes down to human decency and respect for all. That 60 year old, it’s amazing how invigorated they can become around the youth. And to your point, I don’t even think of age, Ray, when I think of people. That never really crosses … I may think of an age if they do kind of a silly, youthful thing. Just being young, and they just made a youthful mistake. Yeah, I may think, “Well, they’re just young.” I don’t see age at all, I see just people.

Ray Zinn: That’s beautiful. This individual I was telling you about, that interviewed at Google, ended up at Box, which is another local Silicon Valley company.

Ray Zinn: Evidently they don’t mind if you’re over 60.

Ray Zinn: Well anyway, thank you. This has been a great conversation, David. I look forward to you and I being able to get back together, and just talking about some of these very contemporary issues that effect employees in their everyday lives, and their jobs. When I look at a workplace, as an extension of our home. They say there’s no place like home and I really believe that, and if you can make work seem like home, look how much better off your employees are going to be. How much happier, how much more willing they are to put in the time and the effort if they look at work as just another room in their home. All right my friend. Thank you for joining me today.