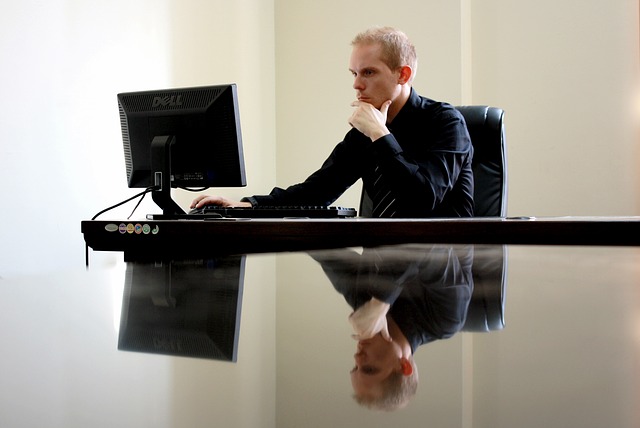 Entrepreneurs develop over time through a variety of paths, but is there something different about a successful entrepreneur?

In this edition of the Tough Things First podcast, Ray Zinn and guest host Rob Arigo break down what makes a successful entrepreneur.

Rob Artigo: I’m Rob Artigo, your guest host for this edition of the Tough Things First podcast. Hi, Ray. It’s good to be back with you.

Ray Zinn: Well, Rob, you’re here again. So, good to be with you.

Rob Artigo: Time for another great conversation. We know there is a myriad of ways to get a business education; the experience and training, but is any of that, or even all of that put together, guaranteed to produce a genuine entrepreneur?

So basically, a passion is something that drives you beyond what you need to do to succeed. And so, I was talking with a friend of mine yesterday, to start a new business. And I said … He was running out of gas. He just said, you know, “Hey, this effort is exhausting me. I don’t know that I can keep this up.” And I said, “Well, a true entrepreneur has to be able to run on empty.” In other words, you have to be able to dig down below where you think you have to go to get that fuel and energy to keep going. I call it the wall in running a marathon. In other words, at some point, roughly 16 miles, the marathoner hits a wall. Meaning, his body says, “No. Can’t do it. Stop. Give up. Throw in the towel.” And that’s called the wall.

So every entrepreneur has a wall. And his ability to go through that wall determines whether he’s gonna be successful. It’s that never willing to give up, that burning desire to just keep going when all else looks like it’s gonna fail. And so you have to have that burning determination to see it through no matter what the obstacle is you’re going to face.

So to be successful, now, as an entrepreneur, you have to have some tools; some keys to help you succeed. And as I talked to these students on my program called ZinnStarter. I tell ’em there’s four basic courses you need whether you’re a college graduate or whether you’re just starting out as a bricklayer in a bricklayer business, as you would. You need to understand economics, so that’s an important thing to learn. Business law, because you’re gonna be operating a business and you need to know what contracts are and how you should form a contract. And the third thing is accounting; be able to know the nuts and bolts of accounting. Credits and debits and so forth. And lastly, financial and managerial accounting, which is all about understanding and reading income statements and balance sheets. It’s like a contractor who can’t read construction plans or building plans, is not gonna be able to build a proper house. He wouldn’t know how to do it. So you gotta be able to read the plans and understand what plans mean and the construction of the structure you’re trying to put together.

And that’s the same thing in running a business. You have to know and understand economics, law, accounting, and income statements and balance sheets. That helps you understand your business. If you can’t do that, then, of course, you can’t be a contractor, either. You can’t build a building if you don’t know how to construct the building. So that’s just the nuts and bolts of running a company.

Now, lastly, I’ve talked to a lot of entrepreneurs who raised just enough money to get themselves started, but not enough to finish. So they end up having to run around raising money when they should be running their business. Because raising money is a lot of work, and if you do it before you have to start running your company, that’s fine; but raise enough money to get yourself to profitability so you don’t have to keep chasing that almighty dollar. And that’s a real key. Don’t be diluted in the fact that, “Oh, I’ll get started and then money will come rolling in.” It just doesn’t work that way.

So raise enough money to get yourself to profitability before you even start your company. And those are the basics for being a successful entrepreneur.

Rob Artigo: Obviously, the people who are taking your ZinnStarter course are people who are passionate about wanting to be the operators, owners, and innovators within a company; to create a company, to maybe build something from nothing and have a successful business. And I imagine that you run into people all the time and you see somebody who … Is it easy to tell, when you’re looking at a young person who is looking at being an entrepreneur and pursing that, whether or not they have the passion element? Because they’re obviously getting the education element by being involved with ZinnStarter and taking college classes, of course. So can you see it in them in the way that they carry themselves?

Ray Zinn: To some degree. I mean, it’s not a slam dunk. I mean, it used to be that if they were neatly dressed and had a smile on their face and their shoulders were squared up, and they just had that smile, that glimmer in their eye, that that would be all you need, but that’s a start. I mean, certainly the more neatly dressed you are, groomed, have that sparkle in your eye, that squared up shoulder, having that, “I can do it,” kind of look and mentality, that certainly would be one way to gauge a person’s entrepreneurship.

Rob Artigo: Well, Ray, really appreciate it. Another great conversation. You can reach out to Ray Zinn with your questions at toughthingsfirst.com, where you’ll find more podcasts, blogs, links to information about the book Tough Things First. Also, check out Ray’s new book, the Zen of Zinn. And also, please go to your favorite podcast source, probably the place where you are connecting with us right now, and give your rating to help us spread the word for Ray’s great podcasts. And of course, we’ll connect you to the other details, his website, and all the other contact information for him.

Rob Artigo: So look forward to the next time, Ray.

Ray Zinn: Well, thank you, Rob. This was great. I love talkin’ about entrepreneurism.