Not Listening, No Sales 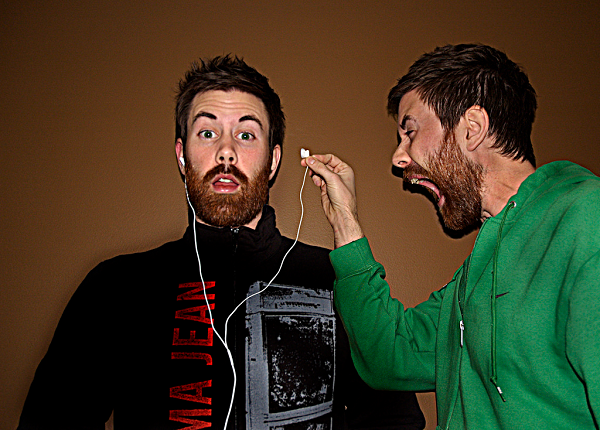 Sales mistakes come in many shapes and sizes, and most can be avoided with proper planning. In this edition of Tough Things First, guest host Rob Artigo asks Ray Zinn about how to tackle the “listening” problem that impact your sales efforts.

Ray Zinn: Hello Rob. So good to be with you today.

Rob Artigo: And it’s really good to be back and I’m excited to discuss this particular topic with you. The movie, based on David Mamet’s play Glengarry Glen Ross contains the quote “Always be closing.” It’s not something that was in the play but it made it into the movie. Famously made it into the movie. It’s a great quote. But, I have a problem with that absolute, and I think sometimes cynical, kind of hard sale way of thinking of things. But, business is about sales and sales aren’t always easy, right?

Rob Artigo: And mistakes in sales come in many shapes and sizes. So let’s look, not at the unmotivated buyers themselves, but customers who are just simply not listening. Tell us about that problem.

Ray Zinn: If you get into a selling situation, whether it be with a customer or your family or anyone else, an employee that you’re trying to retain, or if you’re trying to hire someone, or they’re trying to sell themselves to join your company, the environment has to be correct. In other words, both people have to be willing to listen. That’s very key in selling. Whether you’re selling yourself, whether you’re selling your product, whether you’re communicating with your spouse or your children. Having that environment where both parties are willing to listen is key. It doesn’t happen that much. Usually when you are communicating, there is resistance to listening on either side. That’s what I meant by when you sell, you have to be selling while they’re listening. Sometimes you’re listening and sometimes they’re listening. The ideal thing is to make sure is both parties are willing to communicate and listen to each other.

Rob Artigo: What are some of the ways that we can accomplish that task? I have a thing I call noise, and that is if there are all these distractions around you, it’s hard to listen. Are there ways to close down the environment a little bit so that it’s more advantageous to a listening situation?

Ray Zinn: Absolutely. If you’re upset, that’s not a good time. Or if they’re upset. If the subject matter is one that, you might not be upset, but if it’s the subject matter that you’re not interested in, that has to be changed. You can tell if someone’s listening by their facial expressions. If they’re smiling, if they’re sitting forward, if they’re nodding, acknowledging periodically, nodding their head. Or even if they’re shaking their head, you know they’re listening. What you like to see is more nods than shakes. Make sure that the environment you have is conducive to the communication such that your message comes across and is being properly received. It may not be received in a way that you would like, but at least they’re listening. That’s the key here, is to make sure that when you send your message that it is received on the other end.

Ray Zinn: I had a situation, not too long ago, where as I was talking with this individual, he was being interrupted. In other words, his cell phone was ringing or beeping for a message, and he kept taking it. In other words, he kept saying “Oh, excuse me.” He’d pick it up and look at it or he’d say “Oh, excise me. Let me catch this real quick.” I know he’s not listening then. On the other hand, if you’re talking to someone and their cellular device goes off and they turn it off. In other words, they hit the button on the side then it send it to voicemail or something, then you know they’re listening because they don’t want to be distracted by something. That’s another clue is if they’re being distracted, you can tell that, or they’re willing to be distracted they’re not wiling to listen. Just be aware that whoever you’re communicating with has to be listening or your message is not gonna get through.

Rob Artigo: Is there a tactful, pleasant way to invite someone to turn their phone off or shift into a different mode, a listening mode. Because your example of the phone being a distraction, everybody’s experienced that. It’s business and every aspect, not even just the selling aspect, but the everyday of communicating aspect. At home, that kind of communication can be disrupted by the phone. How do we approach the subject and be pleasant about it so we don’t lose them then and then make somebody upset.

Ray Zinn: Actually this really happened. I was communicating with one of my children and their phone kept going off and they kept looking at it, and then they put it back down again. I said “Well, okay, maybe we should talk at another time because it looks like to me what you’re doing there is more important than what I have to say.” They were really embarrassed over it and they turned their phone off, and then of course, I had their attention. All I said was “Hey, maybe there’s a better time for us to get together because it looks like to me your kind of distracted right now.” That’s how I handled it with one of my kids.

Rob Artigo: It’s a tough thing. Listening and getting somebody to listen to you and being a good listener go hand in hand. It’s a two way street. If you’re doing something distracting, for example looking at your phone all the time, it may prompt the other person to start doing it. Or, just turn them off all together. So you gotta be aware of that, too.

Ray Zinn: The bottom line Rob, is that you want to have both parties willing to listen. I call that willing listening. Where they want to hear what the other person has to say, because that’s when real communication starts. It doesn’t start when you just start moving your mouth. It actually begins when that other person acknowledges that they heard what you said. I can remember when I was a pilot, when I called the tower, they always wanted to hear me respond back. They’d say okay, you’re cleared to land and I’d say, okay I’m cleared to land. That was an acknowledgement that I heard what they said. I often do that when I’m communicating with someone. If I see or are wondering whether or not they’re hearing me, I’ll say “Well, did you understand what I said?” Or “What did you think about my point?” Then I kind of get them to rephrase what I said and that’s one way I have of understanding that they got the message.

Rob Artigo: Right and that message should be received in the best light possible.

Ray Zinn: Absolutely. The environment that you’re in is so important. If you’ve got a serious communication that you want to have, make sure the environment is right. That there’s not the distractions, the noise, the other ways that would prevent them from really understanding what you’re trying to say.