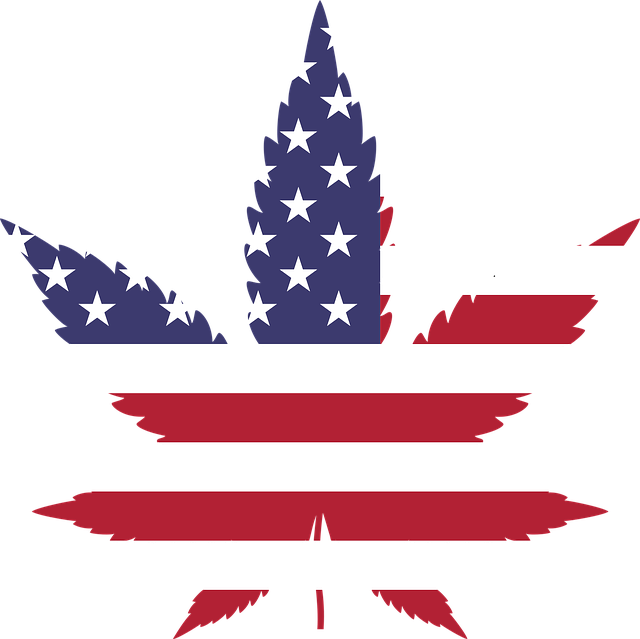 The liberalization of marijuana laws in some U.S. states is raising questions about investments in emerging industries. In this edition of the Tough Things First podcast, Ray Zinn talks ethics in investing. Is a return on your money the most important thing?

Ray Zinn: Hi Rob. Yeah you make me sound like an old man.

Rob Artigo: Well, you know with age comes a wealth of knowledge and wisdom. So we appreciate having you on the podcast. I enjoy the show, The Profit with investor Marcus Lemonis. Have you heard of it?

Ray Zinn: Yes I have.

Rob Artigo: Of course you have. He recently had a special on the business of marijuana in California which is impacting pretty much every corner of American society at this point. That meaning the marijuana industry, whether it’s legal or not across the rest of the country. We’re talking about it really does impact every corner of American society.

Humble county, the area that Marcus visited, for example, is considered the capital of marijuana production. Produces just absolutely massive amounts of Marijuana. More than Californians use every year they’re producing. So in that episode, I didn’t actually watch it but I gathered from reading on CNBC about the episode, that it was a fact finding mission for Marcus, not an investment. Which made me feel a little bit better about Marcus, because I was concerned he was going to do a show about investing in marijuana and that’s my personal take on it. But one of the reasons why I think this is an interesting subject, let’s suppose someone approaches you and suggests investing in some kind of legal pot start up.

So, meets all the requirements for California’s new laws and it’s a legal pot situation. What’s your answer?

Ray Zinn: Well, I of course I did not vote for the legalization of marijuana, nor would I. For medical or for other reasons. That’s just my personal belief. But there’s one or two states that have legalized prostitution. So I wouldn’t sustain or vote for that either. I don’t see the difference between the legality or the morality of using marijuana verses the legality or morality of prostitution. I know that we squint our eyes and we try to say what’s the comparison there?

Ray Zinn: Well, both of them are harmful, but in different ways of course. But they harm us as individuals and the family, both of them do. So, if there was a viable alternative for something, not referring to just marijuana or prostitution, we should use that. If it does not impact us or our families. So that’s what I look at as kind of an example in my setting. When I promote a particular product. I was glad to hear that Marcus was not considering investing in marijuana, but it was more of a fact finding mission.

Certainly, there are a lot of things in life that I wouldn’t get involved in because I just don’t believe in it. I don’t drink, so I would not invest in an alcohol generation business.

Rob Artigo: Right, I actually made a note about Kramer. He said you mentioned you wouldn’t invest in alcohol. Let me pose this to you, because I’m sure you know Kramer from CNBC as well. I recall in his stock show once somebody called in and wanted to know about Phillip Morris. Up or down and Phillip Morris. He said, look I don’t even want to talk about Phillip Morris because I don’t follow it because it’s not in my portfolio and I don’t support tobacco products. He said, a man’s got to have ethical standards. That’s always stuck out to me because there are investments that I won’t participate in.

I have to admit that one of those things I wouldn’t invest in marijuana industry business either. Or support in a material way a marijuana business. So, is it fair to say that a prudent investor, and you just said alcohol and I’m sure marijuana falls in that same category of things you just don’t want to support. But any prudent investor should consider more than just a return on an investment.

Ray Zinn: Absolutely. I mean, Phillip Morris just announced that they’re going to get out of the tobacco and not be in the tobacco industry. Why? Because there’s been no demand for it. Now, I’m not sure it’s an ethical thing. I think it’s an economical reason why they’re going to abandon the tobacco industry. I can go back 50 years and would not have invested in tobacco. That’s true for a lot types of products. I remember Mike Corral, we were looking at manufacturing these sensors for e-cigarettes and I just went ballistic over that because I don’t believe in … E-cigarettes are still nicotine. Even though they’re not tobacco, they’re still, you’re allowing nicotine to enter your body.

Ray Zinn: It’s just another form of injecting a drug. I just went crazy over that one. I wasn’t supportive at all of that. Anyway, there’s a lot products that are out there that I wouldn’t support because I don’t believe they’re good for us. So you have to be who you are in your personal life and your business life. You can’t bifurcate the two and say this is business, this is personal. That’s what they call an amoral view. Amoral meaning that you let society dictate your morality. I don’t believe in being amoral.

Rob Artigo: An argument comes back sometimes when I’ve had these discussions is that, well hey look it’s legal. They voted for it, it’s legal, it’s no big deal. It’s not a big problem. To me, it is. It is a problem. So I have to take that into consideration. I don’t necessarily need to look down on the other guy who’s invested in it or is the one promoting it or whatever. But I don’t have to be associated with that, I don’t. So because I don’t as a business person, those are my ethical standards and I’m just not going to do it, there should be nothing wrong with that position. I mean, if you ask many people would you invest in company that’s got a tractor out and mowing down the rainforest and the amazon?

They would say no, I wouldn’t vote for that because that’s my standard.

Ray Zinn: Let me give you a perfect example. I mean this is something that’s near and dear to my heart because I am Mormon. Back in the 1800s the government of, citizens of Illinois made it legal to kill Mormons. So would you, just because it’s legal, would you then say okay I can go kill a Mormon? The answer is, I don’t think any should be no just because it’s legal. Now they’ve subsequently eliminated that but just because something is made legal doesn’t mean it’s right. I use this example of the legalization of killing Mormons in Illinois in the 1850s.

So, there may be a lot of laws that come out legalizing this or legalizing that, that are not really morally good for our society. So, bear that in mind just because it’s legal doesn’t mean it’s right.

Rob Artigo: It doesn’t mean it’s healthy or good for you. It just means that’s what they’ve decided to do and you have to live with … If it were young people or underage things become available to us, alcohol, just because it’s there doesn’t mean you should take advantage of it. Doesn’t mean you need to. You have to look at what’s good for you personally, your health, your family, the community and then make a decision from there.

Ray Zinn: I’ve talked to a lot of people that have voted in favor of legalizing marijuana and they say, oh I would never use it myself, but I don’t want to keep somebody else who needs it and who wants it to use it. That’s called being amoral, A-M-O-R-A-L, amoral. Not immoral. Amoral. Meaning that it’s not … Just because you won’t use it or do it, you don’t want to deny somebody else the opportunity to use it. That’s the part where I disagree. I mean the amoral view is the issue. You ought to vote the way you believe personally that you would it. If you believe in smoking marijuana and you would smoke marijuana, that’s fine go ahead and vote for it. But if you don’t smoke it and never intend to smoke it but you vote for it.

That to me is the problem.

Rob Artigo: Well thank you again Ray. Great conversation, I appreciate it. I’m Robb Artigo and he’s Ray Zinn. Of course Ray invites you back to check out toughthingsfirst.com, you’ll find there links to his Facebook and LinkedIn and Twitter pages. Also, join the conversation you can ask questions you can send in requests. You can also ask Ray if you could guest host this very show, it would be a good thing, right Ray?

Ray Zinn: Absolutely. We’d love to have guest speakers on our podcast.

Ray Zinn: Thank you Robb. Always enjoy being with you.