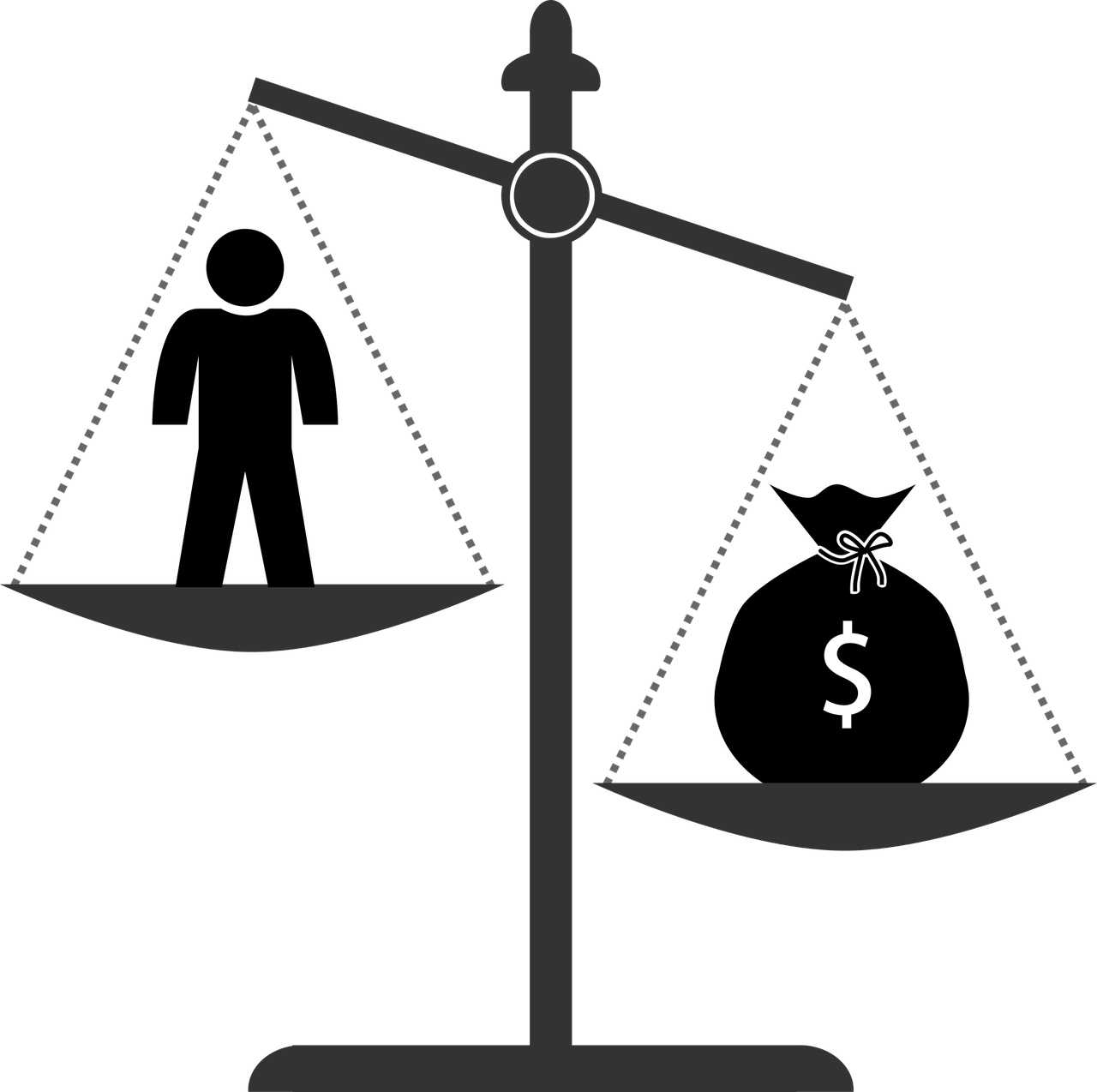 In business, survivability matters as much as profitability. Nobody ever went out of business with cash in the bank.

In this Tough Things First episode, Ray Zinn, the longest serving CEO in Silicon Valley, talks about rational frugality and making it a part of corporate culture.

Guy Smith: Hello again, and welcome to another episode of the Tough Things First podcast where we pick the brain of Silicon Valley’s longest-serving CEO, Mr. Ray Zinn. Hello, Ray. How are you?

Ray Zinn: I’m doing good, Guy. Thanks for being with me again today.

Guy Smith: Oh, man. I love doing these podcasts with you. They are educational for me, and that’s a blessing for sure. I wanted to talk to you about what I like to call rational frugality. When I read your book Tough Things First, one of the stories that popped out of there was somebody who claimed that, during the Micrel days, the company that you founded and led for 37 years, that you practically handed the budget out from a cigar box, I think was the phrase that he used. I know it was a joke, but it was enlightening to see that and some of the other things you said in Tough Things First about how an organization, from end to end, needs to be what I call rationally frugal. What inspired you to carry around this metaphorical cigar box and not spend money in a wasteful, Silicon Valley type of way?

Ray Zinn: Well, it goes to the way I was raised. I was the oldest of 11 children, and we lived in a very small home. In fact, most two to three-children families lived in a home that was probably three times the size of the home I grew up in. We used hand-me-down clothing, and we just made do. We ate a lot of Spam. That’s, by the way, a ham-type can you can buy that is inexpensive. I think frugality is living below your means, and so this joke that went around was because I was so stingy with our spending and our money that they said, “Well, you must have a cigar box in your drawer, and you’re handing out the money one dollar at a time,” and that was pretty true.

I mean I questioned every single PO. I made them justify all their purchases. It wasn’t just on the big items. It was on the small items too because I wanted them to have the habit and the culture of honoring and recognizing the importance of the dollar. I said, “Money doesn’t grow on trees,” and, “Do you really need that? Do you have to have it?” They would say, “Well, look at all the money we have in the bank,” and I says, “Yeah, isn’t that great?” “Yeah, but why don’t you let us spend some of it?” I says, “Because then the more we spend, the more we want to spend.” Any company that is not frugal in the way they manage their financial resources is going to go out of business.

Guy Smith: Well, and that causes me to ask the fundamental question. How do you create a culture of rational frugality? How do you get the average employee withinside of company to like not spending money, which is very opposed to human nature?

Ray Zinn: Because you make it unpleasant for them when they want to come in and spend money. They just know it’s, listen, if we go and want to purchase this particular time, it’s going to be somewhat painful because they’re going to have to go through a lot of effort, and it won’t be just for these expensive, high-dollar items. It’s going to be for almost anything. That starts the culture right there. Whether it’s you’re asking for a dollar or you’re asking for $1 million, you treat it the same.

Guy Smith: I’ve got to imagine, especially in our tech industry when things change on a dime, when cash flow suddenly disappears, when competitors completely disrupt your revenue stream, that being rationally frugal up front pays dividends on the back side because it makes you more survivable. Let’s talk about that for a second. Silicon Valley has this reputation of not being frugal, of doing things like giving away leases on BMWs as a signing bonus. Why is rational frugality so rare in Silicon Valley?

Ray Zinn: Well, I’m sorry to say or I hate to say that it’s just that these high salaries and these high cost of homes that are in Silicon Valley just gets people to believe that they’re worth more than they really are, and so they demand a lot, whether it be a Mercedes, or a BMW, or whatever. They just think the world owes them a living. They have the wrong attitude, in my mind, and those are the kind of people I avoided hiring at Micrel were those that had kind of champagne appetite.

Guy Smith: That gets to the issue of how do you create that corporate culture and how do you encourage certain behaviors, which is all part of the leadership dynamic? You talked about the stick, making it painful for people to come and ask for money, but what about the carrot side? How do you recognize people for having the proper frugality withinside of an organization?

Ray Zinn: Well, I mean if you have a nice bonus program that reflects that or if you have other ways of incentivizing them to cut costs, you can have an honors program for that. There’s many ways you can incentivize people for being frugal. A suggestion to the audience is that I had a list of 10 questions that I would ask a potential employee that we were going to hire, candidate, and they were to chose or rank them in priority. One of the questions I had was how important is compensation to you or how important is having these perks like babysitting, or free lunches, or whatever? I had a whole list of questions, 10 actually, that I would ask. Travel was another one and your office.

Guy Smith: I remember a conversation you and I had a long time ago, a story you told back before you founded Micrel. I think you got in trouble once for handing in an expense report that was below average?

Ray Zinn: Yeah, that’s true. I went on a business trip. This is many years ago, but I went on this business trip, and my expense report that I turned in was way below what the other people had been turning in. My boss says, “I can’t turn this one in. It will then affect all the rest of us,” and so he added, literally added another $200 to my expense that I had. Of course, I gave the money back to the company, but he added 200 just because he didn’t want everybody else to look bad. Yes, that did actually happen.

Guy Smith: Oh, man. It goes both ways. I was VP of a marketing department of a small company once, and we had a salesperson, and we did our first international trade show. It was over in London. He turned in his expense report, and he had booked himself a first-class ticket from San Francisco to London. Of course, I just about blew a fuse, and I went to him just on the verge of screaming and yelling, “How dare you book that for the company?” He looked me square in the eye. He said, “I knew I would get in trouble, but this would be the only chance I would ever have to do something like that, so I went ahead and did it.” He had the opposite of your attitude. He was going to go ahead and gig the company even though he knew he shouldn’t.

Ray Zinn: One of my last business trips to Japan, there was a group of us went, actually it’s three of us, and so one of my employees actually flew business class, and I flew what you call baggage class, which was … We were on the same airplane, in other words. We were flying together on the same airline. He kept coming back and saying, “Now, are you sure you don’t want to come up and sit in my seat?” I said, “No, fine. You booked business class. I mean it’s coming out of your budget, so that’s where you’re going to go,” and I sat back there with the rest of the baggage and flew on to Japan.

It was interesting to see here his boss was sitting in the middle of four people when he was just up there in business class, which is two of them, so that was just interesting to see the contrast that one of my employees flew at a higher class than I did. That’s just the way I did it. I mean I didn’t ask for more or get more than I would for anybody else within the company.

Guy Smith: From a leadership perspective, how do you make people love being frugal, because imagine that if you can get that mindset into the heart of your culture than the organizational frugality tends to take care of itself by and large. How do you make people really like to pinch a penny and not spend a buck if they don’t have to?

Ray Zinn: Well, I don’t like to make people do anything. I want them to do it on their own, so let’s talk about how do you have the desire … get them to have the desire to be frugal as opposed to make them be frugal? Making people do things is not as important as having them to want the desire to do it. Again, it’s you set the example like I did on that airline. I mean you don’t think that didn’t get around the company that so and so flew business class and the boss flew baggage class? I call it baggage because it’s kind of like fine baggage, but that’s tourist as you would, but I flew in the back of the airplane and with the rest of the tourists, and he flew in business. That got around. Everybody in the company heard that one. By the way, he felt so bad about it, but that’s the way you set … You do, you set the example. If you’re not frugal, it’s going to be hard to ask them to be frugal.

Guy Smith: I think that’s the excellent point is that most corporate culture starts at the head and works it way down, and if leaders are not willing to show some degree of frugality, then they cannot rightfully expect their employees to show frugality either.

Guy Smith: Well, thank you for teaching us quite a bit about frugality withinside of an organization. Having spent 22 years in Silicon Valley, I have seen what, to me, appeared to be just wanton excesses in terms of spending money. I think a lot more Silicon Valley companies would be enduring corporations and would last more than the requisite three years if they did have that kind of rational frugality going forward.

Guy Smith: Yeah. For all of our Tough Things podcast listeners, do not be frugal with your rating and reviewing of this podcast. Make sure you go over to iTunes, or Google, or wherever you get your podcast content. Rate and review us. Tell your neighbors about it. Tell your business associates and any entrepreneurs you know about it because it is some of the best education you’re going to get on business that’s currently available. Thanks again, Ray, and I look forward to hearing the next episode of Tough Things First.

Ray Zinn: Well, thank you, Guy. I look forward to being with you.