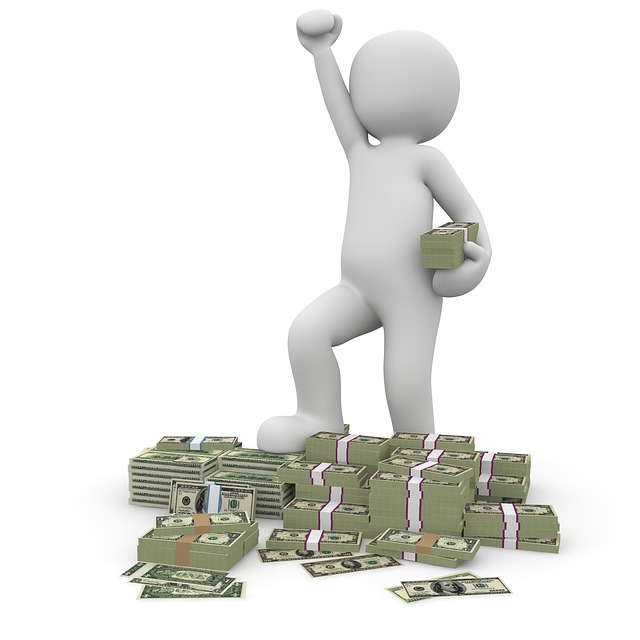 In entrepreneurial circles, you’re likely to hear talk of companies focused on revenue, while others focus on profitability. These approaches are very different and at odds in many ways. In this edition of Tough Things First, Ray Zinn and guest host Rob Artigo discuss the differences and the risks.

Rob Artigo: Welcome back to another Tough Things First podcast. I’m Rob Artigo. I’m a writer and business owner in Northern California. Thanks for having me back again, Ray.

Ray Zinn: It’s always a pleasure to have you, Rob. You’re such a cheerful person.

Rob Artigo: Well, I appreciate it, too, and it’s always nice to talk to you. It’s nothing new to say that businesses face many challenges in the future, and new businesses face challenges right now that manifest themselves in ways really not seen before. There are very strange reasons for that, including things like artificial intelligence.

Well, this podcast isn’t about that, but one trend for new entrepreneurs is particular troubling, and I know you’ve seen this. Not in all cases, of course, but we’re seeing it more and more. The focus of a new entrepreneur, and it can be a garage company, or something that’s started in the house, or a small retail business, or a startup, an app company, whatever it is, the focus ends up being on revenue growth and less on profitability. Why do you think this is a bad thing?

Ray Zinn: Well, real companies make money. That’s the bottom line. Now, because these unicorns, these SAS companies, have very high gross margins, and they don’t have a lot of product cost, they focus on revenue. In other words, they just push revenue as the growth engine for the company. It’ll may be years before they really start turning a profit because they’re focused, and so are their investors, so focused on revenue that they forgot how to make money.

They either price the service wrong, or they just focus on just getting customers and not necessarily on the bottom line. I think this comes because the gross margins are so high. There’s very little cost associated with a software product compared to a hardware product, like a computer, or car, or something like that, or some other product that has some actual cost of goods sold associated with it.

Rob Artigo: What drives this dynamic? I mean, are we seeing that the companies that might be publicly held … The companies that are publicly held have this problem as well, particularly if they’re young companies and new and recently IPOed. We’ve seen it. It could be public companies or private companies. What drives the dynamic? I mean, what are they trying to show? In other words, what’s the motive? What am I trying to get out of it? Is it just because I want to see it on paper? That’s not it. It’s got to be some way that they’re thinking they’re going to get some additional success or finances out of showing that they have revenue growth versus profitability.

Ray Zinn: Well, that’s scale. You take a company like Amazon, and Amazon’s been around for, oh, 20-plus years. I think they’ve made money only one quarter out of 20 years’ worth of operations. They’re a huge company, one of the largest companies, and they don’t have a lot of value compared, like, to Apple. Apple’s got a much higher market cap, but they make a product. They are profitable as compared to Amazon, which basically doesn’t make any money. They just have turn, or what they call turnover, which is revenue.

The problem with that is is that that’s a failing strategy because you’re constantly having to go out and borrow money or find some way to finance your operation because there’s no bottom line associated with your business, and so there’s no way to grow your equity or your cash. This is, I think, the problem and the shortfall of the ones that have no gross margin, or excuse me, high gross margins and little cost associated with their operation.

Also, a precedence has been set where these investors are expecting huge revenue growth numbers, like 30 and 40 and 50, 100% a year, and that’s not realistic, of course, for a product company. It’s realistic for a software company, but not for a product company. They’re setting a bar that’s very, very hard for these companies to match, and so they just push revenue at the expense of profitability.

Rob Artigo: When you’re giving advice to new entrepreneurs and this subject comes up, what advice do you give them about the value of being focused more on profitability rather than revenue growth?

Ray Zinn: If your company makes money, you have sustainability. In other words, you’re viable. You can continue operations. If your company doesn’t make money, you’re always out there having to leverage your revenue somehow to allow your business to continue to grow. I mean, these companies that are doing hundreds of millions of dollars in revenue but make no money, they’re constantly having to figure out how to raise money in order to stay in business because there’s no sustainability to a company that has revenue only.

Uber is another example of a company that doesn’t make money, but they got huge market valuation, billions in market cap. They don’t make any money, but they have huge revenues. I think the mistake that we’re making, and I can see this being more so now than it has been in the past 30 or 40 years, has been this focus on just revenue growth at the expense of profitability.

Ray Zinn: Well, hopefully, not everybody’s going to be going into software or into these high gross margin businesses so that their companies are sustainable. I’m more impressed with a company’s longevity and sustainability than I am in just their revenue growth. Depends upon the business you’re in, whether you’re running a small mom-and-pop business, or whether you’re running a large corporation, the concepts are the same.

In other words, you should be creating jobs for the employees, and also your revenue should be such that you can create profits from those revenues. To me, there’s a balance. Growth only, I think, is a flawed strategy, so if you have a combination of reasonable growth … Let’s say you’re growing 5 to 15% a year, that’s not bad revenue growth, and of course, being profitable. Your profitability ought to match your revenue, meaning your profits ought to go up 5 to 15% if your revenues are going up 5, 15%. This should be the hallmark of the successful company is it has a balance of revenue and profits.

Rob Artigo: If somebody’s talking to you about their business, and they start talking about revenue growth and don’t have any answers about where they’re going with profitability, then that’s a turnoff to you and you’re suddenly going to be thinking, “These people don’t have a grasp of where they’re going. They’re quick hit kind of people, and they’re not sustained kind of people.”

Ray Zinn: Well, it’s a problem is that they don’t have sustainability. In other words, they’re just going to get in and get out. They’re hoping to be acquired by someone, and so it’s really a short-term view of their company. There are companies out there that that’s their goal. I mean, they just want to continue to get bigger and bigger and bigger. The goal, of course, for any company is to have longevity. In other words, not just get in, get out. I mean, to me, that’s just a lottery kind of a concept business. My recommendation to all of you out there who are looking at starting your business is to have a balance of revenue and profit.

Ray Zinn: Absolutely. Again, thanks for taking the time today, Rob, and doing this important podcast. Hopefully, our listeners will let us know how we’re doing and catch us on LinkedIn, Twitter, Facebook, go to our website, and listen to our podcasts.

Rob Artigo: All right. You can continue your education in business, which is an ongoing process always. Always be willing to learn something new, and you can with Ray Zinn. Some of the best advice for entrepreneurs anywhere. Thanks again, Ray.