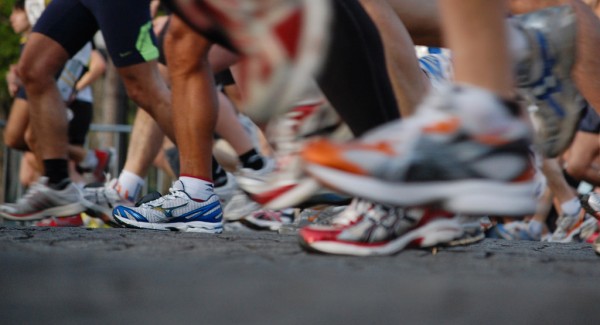 At some point an entrepreneur may be called upon to “Run on empty,” but how does a successful business operator get through it without losing everything in the process? In this edition of Tough Things First, Ray Zinn and guest host Rob Artigo explore the challenge of being pushed to the limit, and to keep going strong.

Rob Artigo: I’m Rob Artigo, your guest host for this edition of Tough Things First: the podcast, I’m an award-winning screenwriting and an investigative consultant. Being invited back is always a pleasure, Ray.

Ray Zinn: Hey, Rob, so good to have you back on the program.

Rob Artigo: I’m sure you know the song from Jackson Browne from ’77, he released a song called “Running on Empty,” it was a huge hit at the time and it became a hit again in the ’90s with the movie Forrest Gump, and I think most people can relate to the feeling of running on empty. I’m sure, even though you’ve had great success in your life, you’ve had feelings like I’m running on empty, correct?

Ray Zinn: Absolutely. I mean, that’s a thing that most leaders don’t really understand, is how well can you run on empty.

Rob Artigo: And how would you define running on empty? Is this a completely being drained in life and you’re running out of steam to do anything?

Ray Zinn: It’s like running a marathon. There’s a point during the marathon where you hit the wall, and that wall says, “I don’t want to go anymore; I’m done.” Your body is chewing itself up. It’s living off all the reserves that you have, and the body says, “We’re done. We’re through.” And you have to be able to push through that. That’s the best example I can think of about running on empty, for those of you who’ve gotten to the point where your body just says, “I can’t go anymore.”

Or you’re psychologically drained and you say, “I can’t think anymore. I’ve lost my train of thought. I’m totally discombobulated.”

Being able to break through that, being able to go through the wall as they say in the marathon, is the ability to run on empty. And so, we all have different size gas tanks. Some have very small tanks and so they run out of gas really quick and others have huge gas tanks, and they can just keep going and going and goin and you say, “Where is he getting that energy? How can he do that? How can he continue on with all that’s happening?”

That’s what I mean by running on empty. I have a friend that recently lost his spouse, and so I was wondering how he’s doing. And he made the comment that boy, it’s draining. He says, “It’s hard to keep going right now, because I’m dealing with all the issues surrounding the loss of my spouse,” and so he’s distracted and he hasn’t been able to push through that. And so, that takes time to be able to get through the problems associated with these tragedies that will beset us in our lives.

Or, when we have some other, financial setback or whatever, marital issue, children issues, that we have to be able to push through it or we’ll sink right with the despair that we’re in.

Rob Artigo: It can be paralyzing I think, and when you reach that point where there’s the mental fatigue along with the physical fatigue and then the despair, the word despair, sinks in and starts to sort of consume your life a little bit, then you can be paralyzed by it.

Ray Zinn: Yeah, despair is a good way to put it, because that’s what happens, even when you’re running these long distances, your body gets in despair. And it just says, “We’re done! There’s no more gas in the tank.” And being able to push through that, being able to get through that despair, is the ability to run on empty and so, how do you compartmentalize the loss of a spouse, marital problems, or some financial issue?

Leading the charge or continuing on when it looks like everything is lost is what I call running on empty.

Rob Artigo: I guess it starts all with a mental outlook, which is not allowing yourself to see a empty road ahead or a brick wall ahead. It’s that, being able to look through the fog, the murkiness, and just have a feeling that you know that things will get better.

Ray Zinn: Yeah, I call this turning a negative into a positive. If you can do that, you will never be defeated, so look at your negative and say, “How can I turn that into a, how can I make lemonade out of these lemons?” And that’s when you will be able to break through the wall, you’ll be able to have that energy to overcome the despair that would normally beset you if you weren’t able to turn these negatives into positives.

Rob Artigo: Which is why that song we were talking about, “Running on Empty,” of course, Jackson Browne song, it was, in essence, a positive song.

Rob Artigo: Thank you again, Ray, I appreciate being back.