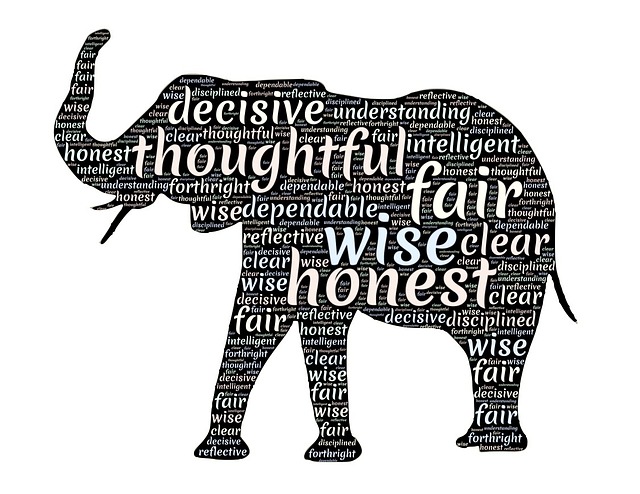 The traits and qualities of a successful entrepreneur may be as varied as the stars in the sky, but they are achievable essentials to strive for in any business environment. In this edition of the Tough Things First podcast with guest host Rob Artigo, Ray Zinn offers his decades of experience.

Ray Zinn: Hello, Rob, good to have you with us again today.

Rob Artigo: I appreciate it. Being young and driven, and I know that this is something, we see this in the faces of young people all the time. You could have a teenager who builds something and then says, “I’m going to make a business out of this,” and that’s great. Being young and driven is great, but it’s not necessarily a recipe for success if that’s all you’ve got. Age shouldn’t be a factor and, let’s face it, if you’re driven, it really does matter what the goal of that drive really is. Is it money, is it world domination, is it to build a lasting and successful business?

Ray, you’ve compiled a list, a very useful list in my opinion, of the true traits and qualities entrepreneurs need to succeed. For the listener, this is a great time to grab a pen, get ready to jot this list down, because it could be important and, I think, will be important going forward in your career, whatever level of business you are involved in. It’s kind of a long list, but we’ll do our best to get through it. Rick, let’s start with number one, passion.

Rob Artigo: Right, and passion is not necessarily something that, we think of spontaneity, like, “Oh, I want to do this. I’m just so excited about it.” Passion is something that doesn’t run out. It’s something that lasts the test of time when it comes to developing the business. True passion means, it’s kind of like being a professional athlete, right? You start out, lots of people start out going, “I want to do this, I want to make the Olympics,” or “I want to make Major League Baseball or football,” or something and they get in there and they play and they play, but they’re the ones that get tired eventually. The passion sort of fizzles out. The ones who make it are … they’re the ones who have the passion, that last the test of time. That’s the passion you’re talking about.

Ray Zinn: Not being risk-adverse. In other words, if you have the courage to see things through, means that you don’t have that fear, you’re not deer in the headlights. You can see the future, you have that heart, that drive, that will have that sustainability to see things through. You’re going to run into problems. As long as you are live here on this earth, you’re going to have ups and downs. Trust me, in the 37 years that I ran Micrel, we had our share of ups and downs, many business cycles we had to overcome, the challenges of those cycles, the recessions and the problems that come along with just difficulties. Courage is the ability to see these through.

Rob Artigo: I had read about a, and the name escapes me and it’s not necessarily that important right now, but a long time ago, I would say within the last 200 years, early on in new scientific discoveries, there was a scientist [who had 00:14:25] life-long work and had made some interesting, very interesting, important discoveries, but went through a lull of depression and problems for a while and you would have thought, well, his best days are behind him. It turned out his best, what he did best came after he was age 50. His most important discoveries came after he was the age of 50. I like those stories. I find those encouraging because I believe that it’s when you are successful and then hit a dark spot, and you skid and you sink down low, that that courage really manifests itself.

Ray Zinn: Absolutely. You don’t know if you’re courageous until you’re faced, as they say, under fire. That’s the test of time, is when you’ve had the difficulties and you’ve come out the other side in a still upstanding, positive way.

Rob Artigo: Also on your list, Ray, after courage we have honesty. I think honesty is infused in everything on this list.

Ray Zinn: Yes, because that’s, if you’re not honest with yourself, you’re not going to be honest with others. Don’t kid yourself, be totally transparent in your views and be open about your goals. Honesty is the ability to be truthful at all times.

Rob Artigo: There’s a difference, though, between being honest and being truthful at all times and then saying things that are not necessarily important to be said at the time, that just ultimately end up being hurtful, right? You have to be tactful with your honesty.

Rob Artigo: Going hand in hand with that is the next thing on your list, integrity.

Ray Zinn: Integrity is doing what’s right when no one is watching. That’s so important because there are going to be times when you have things happen and you can hide them, if there’s something you don’t want to have to be brought to the forefront. The story I tell is about the time that I was coming home from work late and it was in the winter time and I wasn’t paying attention, and I ran a stop sign and almost hit somebody. I called the police department and said, “I’d just like to report myself, that I almost hit someone and I ran a stop sign, so here’s my driver’s license number and if you’ll just send me the ticket, I’ll go ahead and pay it.”

The policeman on the other end of the phone said, “Is this a joke? Are you kidding me? People don’t call up and confess to committing a crime.” I said, “Well, I just want to let you know that I did this,” and he hung up on me. At least I made the attempt to make good on what I did. That’s what I call being honest when no one is watching.

Rob Artigo: The central element to true integrity is what you do when you are faced with a situation where, really, it is only you who knows what it was that you did wrong.

Rob Artigo: Respect for others also on this list. Jot that down, respect for others. I think this is important because it goes to, and I kind of mentioned it a little bit when we were talking about honesty, that when you’re being honest and truthful with somebody, you have to be tactful about that so that you’re not saying things just because you’re telling somebody something that you know is going to actually belittle them and make them feel bad. Respect for others is understanding that that is another human being that you’re referring to and it’s on your list for a good reason.

Rob Artigo: How about humility? That’s on your list next. This seems to be one of those things that, if you look at what we have on the list so far, I’m going to review real quick: Passion, courage, honesty integrity and respect for others. You could say that there really is, you can’t be any one of those other things in a vacuum, by themselves. You can’t be passionate without, I think, courage and honesty. They run together. It’s important to also be humble in the process, isn’t it?

Ray Zinn: Absolutely, because humility is not being the one who’s grabbing the limelight or the one who always has to take credit, puffing your chest out, letting others take credit, letting others have the limelight. You don’t have to be the one that always gets the credit. Let others share in the joy of success. That’s true humility. Humility, I think, is one of the more important ones I have on the list because it means that you’re not in it for yourself, you’re in it for others.

Rob Artigo: I think you can tell whether or not you are truly humble in those situations when you said letting someone else get credit is when you feel a sense of satisfaction that you, as a mentor or as a manager of a company, ended up being successful because your employees were successful. You can look at what they did and be proud of their success. Even if the finger of success isn’t being pointed at you personally, you have that sense of pride and joy in that person’s success, and you’re not jealous, you’re not feeling like, hey, the camera’s not on me and it should be. No, you’re actually enjoying the fact that they are successful.

Rob Artigo: What about strong work ethic? That’s next on the list.

Ray Zinn: One of the cultures we had at Micrel is doing whatever it takes, no excuses. Having a good work ethic means that when you’re there, you’re putting forth your best effort. You’re not off doing other things which are not pertinent to that particular task. You’ve seen them yourself, people who just fill the time, they’re not there to contribute, they’re just there to fill a void. Having a strong work ethic, you’re busy, you’re constantly driving to improve, you come up with great ideas for the company, you’re there for the success of the company and you’re not just in it for yourself.

Ray Zinn: Yes. To get the job done on time, with the right quality is what’s meant by that. Doing whatever it takes doesn’t mean winning at all expense, it just means that you’re not going to put the problem on the company or your team, that you’re going to be responsible for your task and make sure that your end of the bargain was upheld.

Rob Artigo: And, of course, the ability to do the tough things first.

Ray Zinn: Absolutely, that’s the key. When you learn to do the tough things first, that means that you’re going to do things that you would ordinarily procrastinate because you don’t want to do them and so you push them off to some other time in the future. Doing the tough things first means, first thing every morning when you get up, think of those things you don’t want to do and get those done now.

Rob Artigo: And, of course, Tough Things First is the name of your book and it’s important to note right here that if you want to learn more about these traits and other aspects of entrepreneurship, the book, Tough Things First, is a great way to go. Let me run through the list real quick, Ray: Passion, courage, honesty, integrity, respect for others, humility, strong work ethic, willing to do whatever it takes, ability to do the tough things first. Those are the traits and qualities an entrepreneur must have to be successful, and we appreciate it, Ray.

Rob Artigo: You can never stop learning about your business, about what you’re doing as a manager, as an entrepreneur, and that’s why Tough Things First is considered by many to be the raison mater class and, certainly, ongoing education is what we’re doing here and it’s at your fingertips online, in your car and, of course, the book, Tough Things First. Recommend the podcast and toughthingsfirst.com to a friend and get more information, Face Book, LinkedIn and other resources, right, Ray?

Ray Zinn: Yep, you can find us on Twitter and also on our website, Tough Things First. Thanks again, Rob, for being with me today, and all of you out there listening, don’t hesitate to ask us questions. We’re here to help. Let us know what you think and what we can do.