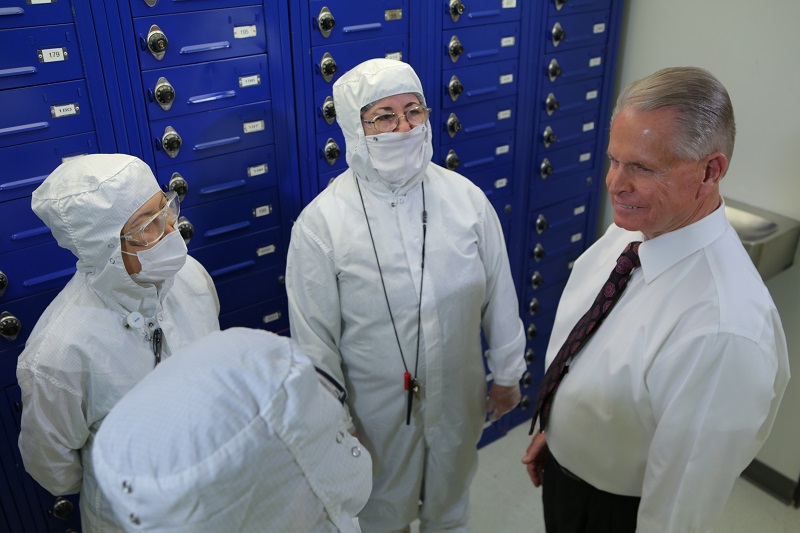 A collection of this weeks insights from Ray Zinn

Get it right and don’t be bamboozled by others. Think it through. Does it make sense. We are inundated by the news media and other sources that try to influence our views and opinions. You need to make sure what you are hearing is based on facts and not on opinions make to sound like facts.

Dishonest people will continue to break the law as long as they feel they will not get caught. Respect for the law comes from our upbringing and environment. If we are taught at home to respect the law, and in our communities, and while at schools, we have a good chance to being law-abiding citizens. This is part of the foundation for honesty and integrity (integrity meaning doing what’s right when no one is watching). What we need more than anything else, both in our homes and schools, is a major focus on the characteristics of honesty and integrity.

The biggest mistake most startups make is assuming revenue will happen faster than it does. This causes them two big problems. First, they don’t raise enough money to get them to break even. Second, they let their expenses grow too quickly. I recommend to all startups that they raise enough money, in the beginning, to get them to breakeven. In addition, they shouldn’t let expenses increase until revenues are repeatable for three quarters in a row. These ideas and other suggestions are outlined in my book, Tough Things First [http://amzn.to/2k1rSDH].

Why do we make problems worse than they really are? Humans often think that if we exaggerate a problem, others are more likely to listen. Quite to the contrary, we all listen to the problems of others and then decide if we think it is worthy of our further attention. But we tend to ignore problems that we think are being exaggerated or blown out of proportion. In the children’s story about “The Boy Who Called Wolf”, one of the town’s children wanted attention so he would shout “wolf”, making people believe the town’s sheep were under attack. It worked for a while and the townsfolk would rush to protect the sheep. But they discovered the boy’s alarms were false. Soon the town ignored the boy’s cries of “wolf”. Then one day, a real wolf appeared and when the same boy shouted “wolf, wolf”, his warnings were ignored. The wolf ate well that day. The moral here is, if you want to be heard and listened to, don’t exaggerate. People are fairly good exaggeration detectors, and you might only get to cry wolf once.

When peoples’ minds are made up, they quit listening and start debating. You can tell when someone’s mind is already made up (even your own). It is when the first words out of someone’s mouth is “I disagree”. Game over. Further communication is typically useless for it is already a debate and not a discussion. Each of us want to defend our position no matter what. Likewise, they might not even say they disagree but instead just change the subject or walk away. So how do you engage someone with a made-up mind to have a discussion? Don’t vocalize your disagreement. Start by asking sincere questions to better understand their point of view. Talk in normal tones and avoid raising your voice. Smile a lot and compliment them when they make a good point. Listen more than you talk. Don’t repeat or press your point. If you are kind and courteous, you can have a very worthwhile discussion even when you think you start Balkanized.

Coming to the right decision or conclusion is an art. It takes careful thought and study. It also typically requires getting help from others. Yet most of us are reluctant to ask for help. We either feel that no one can help us, or we are embarrassed. Getting help from others is key to good decision making. The wonderful thing is that very few people are unwilling to help if asked in the right way. In fact, it fulfills their need to be of value to the world. The key is to be a good and willing listener when you ask for help. A willing listener listens intently and doesn’t interrupt. They are gracious and grateful for the help.

Why can’t we get along? We all want to happily coexist but think this starts with someone changing. We talk about the need for compromise, then don’t. Often this is because compromising certain principles or values are not easily done. But this doesn’t mean we have to be mean and spiteful as are tort when we are unwilling to compromise on certain issues. There will always be times when we just do not agree. These are the moments we need to try even harder to be civil toward each other. Shake hands, give a hug, and express appreciation for all the good things where we do agree.

What’s going to happen when President Trump’s, “make America great again”, economic plan kicks in? Will it stimulate growth in the US or cause an economic recession as some believe? The stock market and most large banking institutions believe the US GDP will start growing again after 8 years of virtually no GDP growth. I predict that the US GDP will double over the next 12 months. This is great news for the average American. Wages will increase and we will see a surge in the US housing and stock markets.