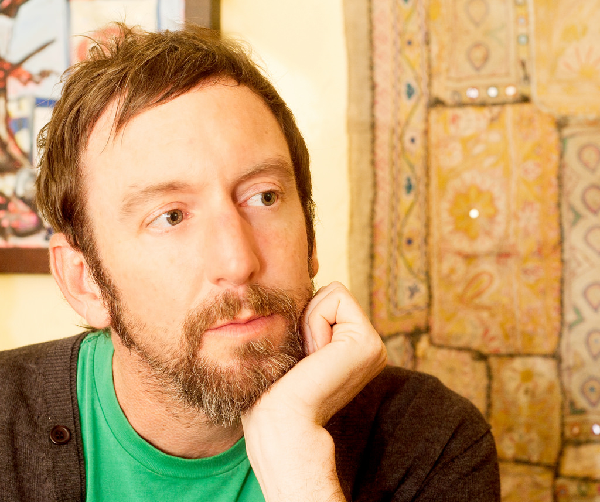 Rob Artigo: Welcome back to another Tough Things First. I’m Rob Artigo, writer and business owner in northern California. Thanks for having me back, Ray.

Ray Zinn: Hey, it’s good to be with you again, Rob.

Rob Artigo: Ray, I recently read an opinion piece where the writer made the case that most successful entrepreneurs have one major trait in common. I think you could actually go through the vast list of great entrepreneurs and look at them and say, “They have a lot of different things in common,” but this writer thinks there’s one particular trait in common that most successful entrepreneurs have. It’s being a good listener. They use a quote from Richard Branson who wrote this apparently in a famous LinkedIn post. If this sounds familiar to some people, it’s because apparently it’d been widely circulated.

He says, “Nobody learned anything by hearing themselves talk, or speak,” and he goes on to say, “The ability to lock in and listen is a skill that has served me well in life,” says Branson, “Although, it seems to be a dying art, I believe that listening is one of the most important skills for any teacher, parent, leader, entrepreneur, or just about anyone who has a pulse.” Branson, as we know, is one of the world’s great entrepreneurs and most widely understood or listened to guy on the subject being a businessman. Most people, Ray, who have worked with you and know you well, know that you’re up there on the list of good listeners. Let’s talk a little bit about that. Have you ever met anyone who sells themselves as … Or him or herself as a good listener, but won’t stay silent long enough to hear what somebody has to say?

Ray Zinn: Yeah, absolutely. I mean, as Judge Judy says, “You got two ears and one mouth for a reason. Use them proportionately.”

That has to start there, so you have to first of all be a good student. Good students have a willingness to listen. Then if you have that ability to want to learn and understand, then you ultimately will become a willing listener. I know that sounds like double talk, but it’s really not because there are two different phases. In one case, you’re showing interest because you’re trying to accept and understand that idea or their concerns. The other is that you’re studying, you’re pondering, you’re wanting to hear the information and that’s willing to listen. We need to kind of put our mouth in neutral and get both those ears functioning properly so that we do honestly spend more time listening than we do talking.

Rob Artigo: I was recently at a promotion ceremony for a military officer, friend of mine, and he was promoted from Lieutenant colonel to colonel. That’s the military speak, that’s the bird, and it’s the bird that goes right before the star, so before … His next promotion, if he were to ever get it, would be a general. It’s a big step in the military. I went to lunch after the promotion ceremony with the guy who got promoted and another colonel in the Army, and I remember this very specifically, the colonel … I’ve known both of them a very long time and both guys have been in the military for 30 years. They’ve been around a long time and I guess being in for a long time is one of the things that lends itself to promotion, so that’s good news on their part.

The colonel that had been promoted some year or two before the other colonel said to him, he goes, “The one piece of advice I would give you is this. Say a lot less at meetings. Just say less. Speak less and speak at the end, mostly.” What he was advising him was essentially that, listen, be a good listener. You’re talking about a guy who could … If you’re a colonel, everybody’s going to shut up when you start talking. If you’re in charge of a meeting and all you do is talk, you’re never going to get the information from the people around you. We, in the business sector, we have situations like that. We’re in a meeting, people respect your position of authority, say if you’re CEO, as you were at Micrel, you can be in a meeting with all your section heads and the important people who run operations in various branches, but then if you sat there and talked the whole time, you wouldn’t get anything from them.

Ray Zinn: I agree. The key here is … At Micrel, for example, I used to ask people, “What can I do to help you, or how can I help?” That now then turns the time over to them to say, “Here’s what I need,” and I’m listening then. If I say, “What can I do to help,” and then all of sudden I’m telling them what to do without listening, then maybe you’re giving the wrong instructions or I’m not showing my willingness to help them. If you say, “How can I help, or what can I do to help you?” Then shut up and listen. If you’re a salesperson and you’re going in and presenting your product to a customer, introduce yourself and shut up. Let the procurement officer or the procurement person tell you what they need or let them speak. You listen. They’re going to appreciate that more than if you’re sitting there just giving them a sale’s pitch. I mean, we kind of laugh at what we call the used car salesman, because we know we’re getting gypped.

We know that they’re out there just selling us a bill of goods, a piece of junk, that isn’t worth half the price that they’re charging for it and so we hate the used car salesman pitch because all they do is talk, talk, talk, talk, because they don’t want you to ask any questions. If you’re a good salesperson, you want that … You have a good product, you want that procurement person to ask you questions. Be a listener. Listen to what their requirements and needs are. If you’re a manager, then when you visit with your people, listen to them. Don’t just start talking, “Oh hey, what a wonderful organization. Oh, you guys are doing a great job.” Praising is fine, but shut up and listen and see what they have to say, because you’ll learn now what you need to do to improve your operation. Again, as Judge Judy says, “You have two ears and one mouth for a reason. Use them proportionally.”

Rob Artigo: Now, I had to … In that course of that conversation, that very same conversation, we happened to bring up the fact that, well they’ve worked with politicians before, say the governor of California, for example. I’ve worked with, as a reporter, been in rooms with governors and other major politicians, senators, and presidents, and that sort of thing. One thing I’ve noticed often times is that people will be called to an event and these guys, these military officers said basically the same thing. In the course of the conversation centered on this, which was, you get dressed up, you’re going to go to an important meeting.

Say the governor’s there and you’re going to sit down with the governor and you’re going to be able to say … Say you’re a police chief, for example, and you’re sitting down in front of the governor and you say … You want to be able to say, “These are the things that our city deals with and these are the funding issues that we have and some things that you perhaps can do to help as a governor.” If the governor comes in and sits down and just says, “You guys are … We love you guys here at state government and you guys are awesome, we love you. Come over and take a picture with us,” and then everybody gets together and gets a picture, and then he leaves. He doesn’t actually listen to anything that’s going on. Don’t you also run into a problem, not just a nonproductive meeting, but you leave the people in the room with the impression that you wasted their time.

Ray Zinn: Yeah, absolutely, because again, we’re there to learn and being a person willing to listen is the key to being a good student. If all you want to do is tell them, they’re only going to remember about 10% of what you said anyway, so there’s no need of going on, and on, and on, because they’re going to turn you off anyway after a minute or so of listening to you. Keep your dialog short. Keep it to the point. Use soundbites. Soundbites are something that stick with us. If you’re going to say something, say it in very short soundbites.

Rob Artigo: Probably helps to do it when you’ve listened completely through to their thoughts as well and perhaps incorporated a little bit of what they said and talk it back to them.

Ray Zinn: Yeah. You might repeat back what they said, so it sounds like you were listening. That’s another good key is to good listening is to repeat back what the person saying, “Oh, so what you’re telling me is this,” and then you go on and say what it is you thought he said, or she said, and then they’ll respond back, “Yes, that’s exactly right.” They now know you’re listening and you understood what they were saying.