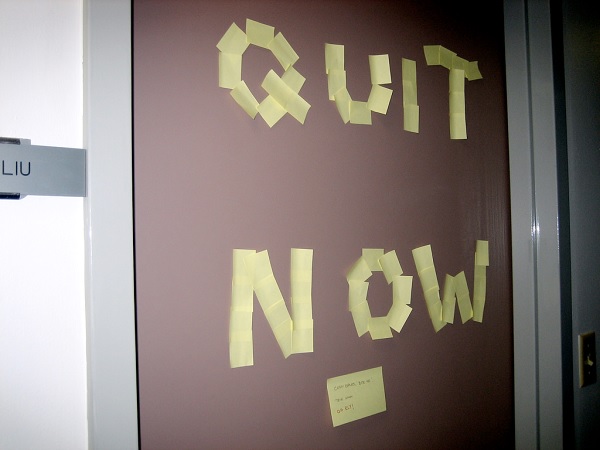 Losing battles … most people have experienced a moment when they realized they were fighting a losing battle, and many discovered it too late. In this edition of Tough Things First, guest host Rob Artigo asks Ray Zinn about how to recognize those no-win situations and what to do about them.

Rob Artigo: Rob Artigo here, your guest host on this edition of Tough Things First, the podcast. I am an award-winning screenwriter and an investigative consultant. Being invited back here is always good. Ray, hi.

Ray Zinn: How are you doing, Rob? How’s your day today?

Rob Artigo: Great, great. On another podcast, you’ll remember this, we talked about the fantasy of the pot of gold at the end of the rainbow, and getting there is a losing battle. So let’s talk about that trap in particular. How do we know when we’re engaged as a business person in a losing battle?

Ray Zinn: Because you’re losing money. And so that’s one of the quick ways to find out. If you get so caught up in ego of being the CEO or being the president or the head of your organization, you’re very defensive of your group or of your operation, and you lose sight of the fact whether or not your business is actually profitable or doing well. So that, to me, is the danger of self-delusion, as you would, and believing that you’re doing great, the operation’s running fine, when in fact it really isn’t.

So you have to be your own worst enemy. If you’ve got some kind of problem with yourself, your face, your body, whatever, you want to go fix that and not try to delude yourself into saying well, I don’t look bad, I don’t have a problem, and you go on your merry way, but never improve.

Rob Artigo: Define for us, based on your experience, what you believe a losing battle looks like.

Ray Zinn: Well, it has the appearance of something that is in shambles, and you’re not able to put the proper emphasis to solve the problem. You’re fighting a battle you can’t win. And so that’s what we call a losing battle. That’s the old saying about you’ve won the battle, but you’ve lost the war. And so in this case, you fought the battle, but it cost you either your employees, your company or your product, your customer, and you’ve lost the war.

So when I think of something that’s a losing battle is when you try to win the battle and not the war. And I know that sounds like an oxymoron, but every time we get up in the morning, there’s a life issue we have to face, a life battle, as you would. So you want to overcome those battles, and not fight battles that are not going to bring about a valuable solution.

Rob Artigo: We’ll you’ve talked a little bit about how we first identify the problem. And in business, you identify the first thing, do a spreadsheet and see what your bottom line says, and if you’re losing money, you may be fighting a losing battle. But what else can we do about it when we’re facing a losing battle? I guess we have to recognize that we have a problem.

Ray Zinn: Absolutely, and decide whether or not that battle’s worth fighting. So if the battle … sometimes we fight battles which are invisible. We cause a problem, we cause a battle that really isn’t there. And maybe it’s because we’re paranoid or we have some other issue that causes us to think, oh here’s this problem, when it really isn’t a problem. So don’t cause a problem that’s not there.

And fact is, don’t cause a problem period. Be a problem-solver, not a problem-causer. So be proactive, making sure that the battle that you’re engaged in is worth fighting, and so the worst losing battle is a battle that you fight that’s not really worth it.

Rob Artigo: And that comes to mind, is pick your battles.

Rob Artigo: Yeah. So deciding whether or not the battle is worth fighting is an interesting concept, because we can easily misidentify what’s going on, or engage something on emotion. And going forward on emotion may … when you’re fighting a losing battle and the best thing to do is retreat and reorganize, then if you go about it with some kind of ego-driven, hard fight, even though it’s a losing battle, then you’re doomed.

Ray Zinn: Exactly. So be careful about what you want to go to war on. If it’s worth fighting, then fight. But if it’s not gonna get you to where you want to go, then don’t do it. Being able to understand which battles have value and are worth fighting for, one has to understand their own values. And so if your values are good and somebody is trying to tear down those values, then that’s worth fighting for. But don’t fight over something that’s trivial, that’s not of any consequence, or will help you in the end.

Rob Artigo: Thanks Ray. Let’s wrap up this podcast by talking real quick about the fact that people can reach out to you. This isn’t a hollow invitation. People can go to your website and ask you questions, right?

Ray Zinn: Absolutely. And I invite that.

Rob Artigo: Toughthingsfirst.com, and of course the book’s out there, and it’s a helpful tool for anybody who wants to be successful in life, let alone just business. But it’s obviously a great tool for business, and you have content on Twitter, you do stuff for Facebook, and you’re there on LinkedIn. So there are all these different avenues that people can use to get to you, and that invitation’s out there. Make a pitch for people to send you a message.

Ray Zinn: And let us know what you think of them, share them with your friends, and let’s get the word out there. These are important messages that we’re leaving, and a lot of people can benefit from them. So don’t hog them, share them.

Rob Artigo: There’s an archive there at the website as well. You can go back and listen to the back episodes. So if you’re listening to this podcast, and you like what you hear, there are … it seems like, and obviously it’s an exaggeration, but seems like an infinite number of podcasts you can go back to. And I’m not the only guest host, there are other very interesting people who have come on the show and been a guest host and enjoyed a good podcast with you, Ray.

Ray Zinn: Yeah, and I’ve talked to a fellow recently who said that he’s listened to a couple of my podcasts two or three times, and he learned something every time he listens to them. So even going back and listening to the ones you’ve listened to before is still good because you might pick up something you missed last time you heard them.

Rob Artigo: Right, your perspective might be a little bit different too.

Ray Zinn: Exactly, your conditions may have changed.