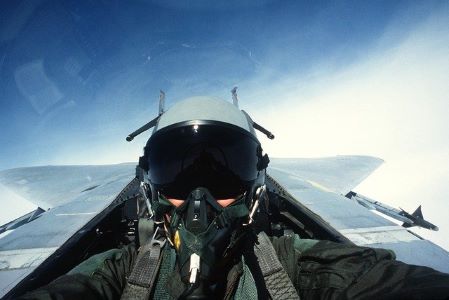 I was a renegade employee. I got fired for it. That led me to becoming the longest serving CEO in Silicon Valley.

This historical tidbit helps to explain why I understand and have affection for corporate renegades and know how to handle them. The fact is renegades do amazing things. Sometimes their activities are innovative and profitable. Sometimes they are destructive. This largely depends on how you manage them.

In most wars since the invention of aircraft, there have been the brazen and the dutiful – the fighter pilots and the bombers.

Fighter pilots, even back to the earliest days of aviation warfare, were their own kind. By necessity, they did things their way, often inventing new tactics on the fly (pun unintended). A side effect of this is that your garden variety fighter pilot is a bit of a renegade, tough to lead and even tougher to control. But when given a mission, they will tenaciously attempt grandiose and dangerous feats to accomplish it.

Bomber squadrons are different. They have often been told to avoid engaging enemy aircraft unless under imminent attack. They too had a mission but operated under stricter orders. No high-flying stunts, no inventiveness, just fly in, defend, bomb, return.

The same divisions also apply to football teams. Everyone marvels at the quarterbacks and running backs who may have a play planned for each down, but have to improvise as needed. But the offensive linemen – like the bombardiers of the squad – stick to the plan, the play as it was called.

Both examples are ends-driven – kill the enemy or reach the endzone. But for fighter pilots and running backs, the team is depending on their instincts, out of the box thinking, and agility to do unconventional things. For bombardiers and linemen, the team depends on them to follow a process. This is why different types of employees, your fighter pilots and bombers, cannot be managed in the same way. Requiring a renegade employee, one discontent with convention, to stick to procedures will cause them to leave your company or to engage in destructive activities, such as using company resources for outside pet projects.

Handling a renegade requires channeling, not controlling. A really smart renegade is turned on by making cool stuff happen. They will work slavishly to invent something. What they invent depends on how you focus their attention and how exciting you make their goals appear. Without focusing them to a goal, any whizzbang project is likely to get their attention, time and talent. Your hot-shot software engineer might be able to out-program entire teams at Google, but without a mission, she might just code a better office football pool application instead.

I’m an exception to the rule that most corporate renegades make lousy leaders. Leaders must inspire everyone, and renegades are largely immune to the needs of other employees, mesmerized instead by aspects of products, technologies and the like. Trying to turn a renegade employ into a leader is like turning a fighter pilot into a bomber – they are likely to try to make their B52 do barrel rolls and endanger everyone on the aircraft (their team members).

The one exception is that you may need a renegade to manage other renegades. Skunkwork teams are, by definition, renegade operations. Having a policies-and-procedures expert lead a gaggle of renegade employees will not work. But a renegade who has reined themselves in enough to pay attention to the corporate mission as well as some of the necessary procedures can effectively manage a pack of rebels.

If you are running a company and need renegades to compete, treat them like a racehorse and not a plow horse.