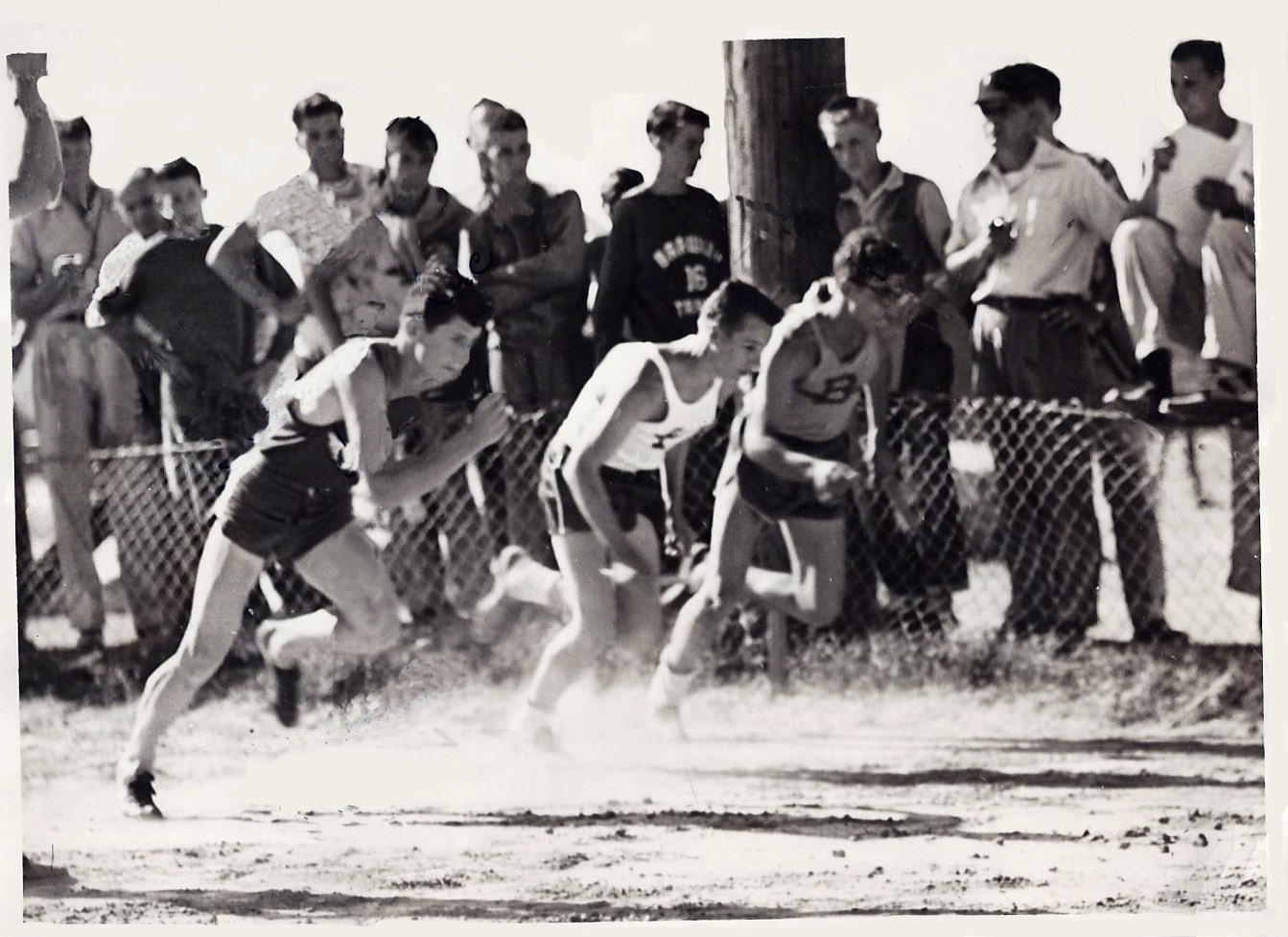 Running the high hurdles isn’t easy when you are vertically challenged.

Yet despite being only five feet, eight inches (173 cm) – markedly shorter than the other boys in starting blocks on my high school’s running track – I was about to sprint past them, bounding over forty-two-inch (107 cm) tall hurdles and finishing first. This came as a surprise to our track and field coach who a few months before had said to me, “You’re too short. This is not something that somebody of your size should be doing.”

My friends and I were track and field runners who decided to jump a few hurdles for fun. Hurdling was not our sport, and we inexpertly knocked most of the barricades down. I managed to topple all of them, snapping one on impact. The coach was sensibly upset with me for breaking the gear his hurdle runners needed, but his words stung for other reasons. I wasn’t sore that he tried to embarrass me in front of my friends and the other track athletes, despite being a little sensitive about my height.

What bothered me was his assumption that I could not do something.

My father – an Imperial Valley rancher, keenly aware of changes in the environment – noticed that I was oddly quiet that evening. He folded his evening newspaper, got up from his favorite chair and asked what might be troubling me. I gave him the whole story, and with only a short pause afterward he asked, “What are you going to do?”

The answer was already on my lips. “I’d like to learn to run the hurdles.” I knew it would require a lot of learning. Striding over hurdles depends upon technique, earned through days and months of repetitive practice. For me it would be tougher still because nobody my height ran the high hurdles, and I would need to invent an entirely new style.

“Why?” my father wanted to know. What drove me to do what other kids my age would have written off as an impractical pursuit?

“Because the coach said I can’t do it. I’d like to show him that I can.”

So began a few months of the self-discipline I carry to this day, in life, in founding a Silicon Valley microchip company without venture capital, in thirty-six years of business with only one unprofitable year.

My father and I built a pair of high hurdles. Every afternoon I was behind our house, practicing for hours. Dad would put a bottle cap on each hurdle, and my goal was to knock the cap off the bar without touching the homemade hurdle itself. That’s quite a stunt since bottle caps of that era measured perhaps quarter of an inch thick. But mastering this taught me how to get the right lift in my jump without expending all my energy.

That last bit was important because my short-legged strides made running between hurdles impossible using the typical method. Hurdlers always launch with the same foot forward. They take three long strides between hurdles, then put the same foot up into the air each time. I had to take four shorter strides, forcing me to alternate my lead foot with each hurdle. Whereas everyone else running down the same seventy yards of track strengthened and stretched one half of their body for peak performance, I had to double their effort. I also had to take advantage of my center of gravity and experience in sprinting to get ahead of the other runners at the start of the race. Sprinting, bilateral leaping, adding 25 percent more steps for the same distance … no wonder shorter fellows don’t try this.

After months of drilling myself at home, I went to the track and told the coach I’d like to run the hurdles. It was time for the district finals, and tryouts were open to everybody. The coach – having seen me assault his hurdles before, but not having seen my months of private preparation – flatly said “no” while making some excuse about interfering with the other runners, the ones he presumed had a chance to win while not smashing his gear. I wasn’t going to accept that answer because I knew I could do it. I bargained, suggesting that I run in the farthest lane. Separated from the other runners, if I flipped a hurdle, nobody would be harmed or even thrown off their concentration. He relented, and I stepped into the blocks in the most remote lane, a fair distance from much taller boys with their long, reaching legs.

I beat every one of them.

This is the essence of the entrepreneurial spirit. If it looks like an impossible task – and running the high hurdles faster than the tall boys looked “impossible” – with determination, with practice you can overcome the impossible. You simply must find the discipline to do it.

When I founded Micrel – a Silicon Valley semiconductor devices company – in 1978 we did the supposedly impossible. Silicon Valley thrives on venture capital, yet we launched Micrel without any. Chip industry revenues and profits fluctuate wildly with technology adoption cycles, yet Micrel has been profitable from the very first year with only one exception, in the year 2002, in the echo of the dot-com implosion. I never believed that we had to follow industry and Silicon Valley norms, many of which people said were essential. Like a shorter man running the high hurdles, nothing was impossible to me once I saw the objective, understood the barriers and employed the discipline necessary to make it happen.

Discipline defines successful entrepreneurs. Their vision, their disbelief in failure, the love of doing things – even doing the things they don’t love – drives them to adopt discipline. Entrepreneurial discipline turns hurdles into exciting challenges, and no hurdle appears too high. Building a business comes with instilling their organization with disciplines that are the foundation of corporate culture. Often an entrepreneur doesn’t even understand that he is disciplined, and that as a leader he transfers that discipline to everyone around him.