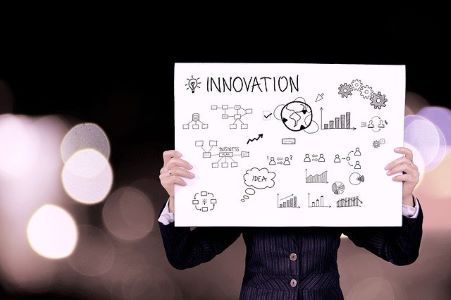 How you innovate depends on what you are innovating.

A lot of startups hate hearing that. They have the “magic wand” fallacy concerning innovation, that by bringing smart people together, magical things can happen. This is true in as much as magic can create monsters, demons, and ugly ducks.

The three types of innovation are incremental, disruptive, and groundbreaking. If you don’t understand these, you have no hope of understanding what you are trying to do, and thus how you do it becomes erratic (this explains many startup failures).

INCREMENTAL: These are small plus-one improvements to existing products. If you assemble enough plus-ones into your product, you can smother your competition. You won’t win any awards, but you can dominate a market this way.

DISRUPTIVE: These are innovations that augment the way people do business. I think Sony was the first to add a camera to a cellphone. This was disruptive because the core product – the phone – had not changed, but the asymmetrical enhancement made Sony phones a better choice because it strongly expanded the fundamental set of rationales for buying a cellphone.

GROUNDBREAKING: These innovations fundamentally change a competitive landscape by changing the basic reason or mode under which customers find value. When I conceived of the wafer stepper – a now fundamental piece of semiconductor manufacturing gear – it was groundbreaking in that it opened the next phase of shrinking chips and eradicated the old way. However, I was in sales and my objective was to win a customer when I came up with the idea for the wafer stepper. The wafer stepper was ten years before its time but became one of the most important pieces of equipment in the manufacturing of semiconductors. My company was not exactly thrilled with this concept and it ended up costing me my job; as they say, “no good deed goes unpunished”.

Now, here is the $64,000 question: would you use the same approach to adding a plus-one enhancement as you would an entirely new and better semiconductor machine? Of course not. But which approach do you take?

A corporate culture for innovation is foundational. Without a to-to-bottom sense that your company should be innovating, odds are that no innovation can occur. As a minimum, you have to set in place cultural elements that allow anyone in the company to be inventive, regardless how minor the contribution (if your janitor thinks of a better way of cleaning the breakroom, consider that an innovation). Once that culture is set, especially in the marketing, sales and product design groups, plus-one innovation will develop.

Though a baseline requirement, this alone is not enough for innovations that bring fear to competitors. To disrupt or to break new ground requires dedicated people with specific objectives and the resources to achieve them.

R&D DISRUPTION: Traditional research and development (R&D) departments are created to specifically think about how to design products that fundamentally change the rules of the game. Take our cellphone-with-a-camera example. The game didn’t change – it is still about cellphones. But the rules were changed by creating an additional, significant, and highly desirable feature. You establish R&D departments to maintain a high level of investigatory processes with the goal of redefining customer expectations about a product or product category.

TIGERS AND SKUNKS: Say you are on a pleasant hike and you encounter a tiger. That animal changed the game. It is no longer about the hike, but about survival. This is where tiger teams (short-lived, single purpose teams) and skunkworks teams (like R&D departments with fewer limits or rules) come into play. Either has the defined duty of changing the game entirely. I will argue that Apple changed the game for the cellphone by basically building a highly usable personal computer that fit in your pocket and also had a cellphone built into it. This went beyond changing the core product (the phone) to changing the core purpose of the device (now general computing).

In most companies, tiger teams are assembled and sequestered to create a specific product, and they are then reabsorbed after they succeed (My marketing director worked at the Circuit City headquarters when a secretive tiger team was created, who brought CarMax to life – and once birthed, the tiger team members either stayed with the new car dealership entity or went back to their regular jobs at the soon-to-die Circuit City). That is the nature of changing the rules of a game – once changed, the game resumes as before.

Skunkworks are different. Some organizations need to constantly explore new things in order to create entirely new ways of doing stuff. I like to think of Xerox PARC (Palo Alto Research Center) as a skunkworks for computer tech. They are credited with inventing, among other things, the computer mouse, and the graphical user interface, which are now baseline computing realities. Skunkworks are unlike tiger teams in that their mission is more open ended. They have fewer constraints on what they can tinker with and are expected to produce radical, out-of-the-box ideas, many of which will go nowhere. But the few that do find traction are game changers.

A recent movie, Ford v Ferrari, is a case study in skunkworks. Ford Motor corporation had a very specific mission – to win Le Mans road race and show-up both Enzo Ferrari and his company, who dominated the sport. Ford built a design center, hired a veteran engineer who had helped other car companies win the Le Mans, and eventually brought in Carroll Shelby who inducted his own engineers (whose name still appears on Ford products). The key point is that they had a specific mission, hired people with talent and passion, and fed them the resources they needed to create a racecar unlike any Ford had done before … and in 1966 they won Le Mans.

Forget about dedicated R&D and skunkworks departments if you don’t have a culture of innovation. Corporate culture comes from the top down, and any team tasked with innovating but not getting full throated support from management will wither or leave.

After that, be very clear about your position in the market and your best chances to advance. Everyone wants to be a groundbreaking company, but in your early years you may need to take baby steps and create plus-one improvements to mature products.

Think long and hard about the type of innovation you need to do and actually can do. This will inform you as to what teams you need to create and what resources you need to provide them.