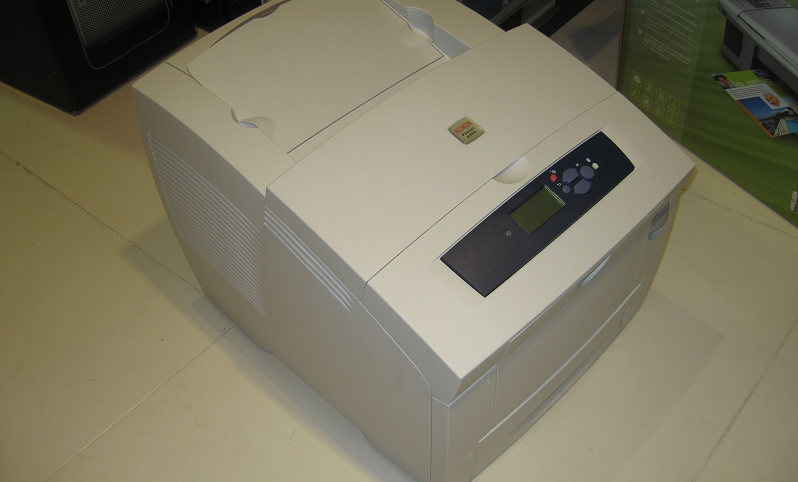 Xerox was responsible for a Micrel policy because they shook our business pretty badly.

Xerox was in its heyday. They were the masters of many imaging industries, and at that moment in time, were a significant player in printers. They did very well and were leading the market with their innovations. Xerox was coming out with a color printer, which was in that era a market innovation.

Micrel wanted a piece of that business. Because we believed Xerox and their position were rock-solid, Micrel developed the power management parts for that printer. Our engineers put a lot of time and effort into inventing the products we sold to Xerox and, as a much smaller company back the early 1990s, banked big on Xerox as their printer went into production.

This one product represented almost 25 percent of Micrel’s revenue. With Xerox’s market presence and power, and their projected sales for the printer, Micrel stood to make a small killing and grow rapidly.

I got a call from Xerox’s purchasing department letting me know they were going to cancel that project – that Xerox was not going to build that color printer or use our chips.

Though public announcement of that decision mildly signaled the start of Xerox’s decline, it was a cannonball to Micrel’s hull. We had already geared up to deliver. Our engineers had to put other projects on hold, our manufacturing had tooled for large production runs, everybody in Micrel was focused on little else. I braced myself to run that part of Micrel’s business at international scale, with inventories and everything else in place to meet Xerox’s expected demand. Instantly, we lost almost a fourth of our business. It was a traumatic moment and we had to move quickly. I couldn’t wait a week or two – I had to shift gears immediately. Unfortunately we had to do let some good employees go, a painful process I do not enjoy. We had to tell vendors that we no longer could accept certain orders.

This is why Micrel had a policy stating that we would not bank our business on any single product that is more than 20 percent of our revenue stream. Though a 20-percent cut is hard to deal with, a 25-percent drop is dangerously close to catastrophic. Other semiconductor companies evaporated by losing that much revenue without being ready for the impact.

This is one of the many values to thinking through and enacting from experience your corporate policies and procedures. Our experience with Xerox birthed a policy to prevent potential catastrophe, and was triggered twice again. Micrel had contracts with both Motorola and Lexmark, and I specifically limited our exposure to a maximum of 20 percent of Micrel’s revenue, and in both cases when Motorola and Lexmark’s internal business decisions caused them to stop buying from Micrel, we survived the blow with far less impact than during the Xerox episode.