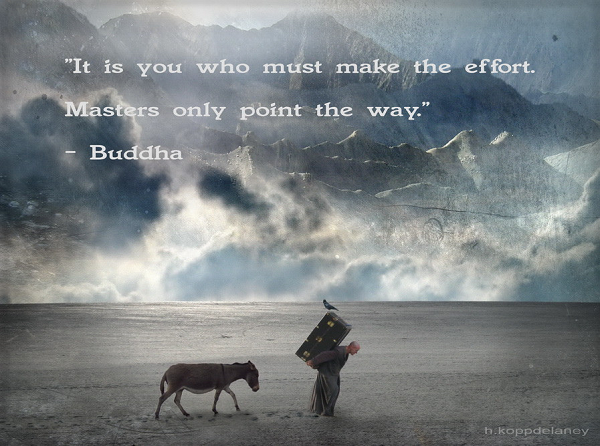 A collection of Ray Zinn’s thoughts for the week. To get Ray’s thoughts in real-time, click any of the social links on the top of the page.

A stranger was moving behind my friend’s vehicle and tripped over the trailer hitch that extended out a little behind. This stranger waited until my friend returned to give him a piece of his mind for having a trailer hitch that stuck out the way most hitches do. My friend felt awful and embarrassed mainly due to the loud outburst of rage from the stranger. My friend apologized and asked the stranger if he was hurt he wasn’t, he was merely annoyed). My friend wondered why the stranger was so quick to blame someone other than himself for not being more careful. It is a sad fact that in our world today, we look for others to blame, rather than looking at ourselves first. Did my friend have culpability in this incident? Yes, but so did the stranger. We should not be so quick to judge. Angry outbursts are not a good way to resolve our differences.

I was talking with an acquaintance about his six year old semiconductor company. They currently have no products and no revenue, so they still consider themselves a startup. In my mind and based on my many years of experience, you cannot consider your company a startup after even three years. If you are not on your way to profitability after 3 years, there is something dramatically wrong with your business strategy. Real companies make money. I know there are some very large so-called companies that have never made money but yet have huge market valuations. This is a disaster waiting to happen. To keep these kinds of companies afloat requires them to leverage their balance sheets and amass huge debts. Don’t be fooled by these overvalued, nonprofit companies. They are not infinitely sustainable. The only way to run a real company is make money on a continuous basis.

The clouds of doubt hide the sunshine of optimism. Doubt is born out of fear. Fear is born out of ignorance. Yet ignorance is something we can fix. There is no excuse for not being informed. With super easy access to a plethora of information now at our finger tips, we can overcome not being informed. But, we need to be careful that this same easy access to so much information can mislead us with disinformation. There is a lot of disinformation standing between us and the truth. And it is often our biases that keep us from knowing the truth and to believe disinformation. Controlling our bias so we get to the truth requires intense soul searching. Weigh all the facts and seek out the real truth. “And ye shall know the truth and the truth shall set you free.”

Now that I am so-called retired, I am often asked how I occupy my time. I am busy writing articles, writing in my blog, doing podcasts, mentoring college students, mentoring startups, writing my new book, marketing my book, Tough Things First, and other than that, I have nothing else to do. All kidding aside, I am keeping very busy and it is fun.

Will automation cause further unemployment in the US? I say, no. Automation has been with us for more than 200 years. When the train became ubiquitous in the mid-1800s, it may have impacted the pony express but look at all the other jobs it created. Automation is the backbone of employment. There is a transition, make no mistake, but the end result is our lives improve and employment ultimately grows as a consequence of automation. For example, the ubiquitous car will put a damper on the millions of drivers that may be put out of work, but the transformation that the ubiquitous automobiles will have on daily lives will be short of miraculous. For those that have to commute great distances won’t be wasting commute time driving but rather will be able to do other tasks that would not be possible while they were driving.

No matter how much we pray, no matter how hard we try, bad things are going to happen to good people. This is just the way it is. As the saying goes, “it rains on the good and the bad”. An acquaintance of mine lost his job a year ago and just today his wife lost her job too. They are demoralized and defeated. We all have been praying for rain here in California because of the drought, but now many of my friends are getting flooded out and are experiencing significant damage to their homes. As the saying goes, “when it rains it pours”. If you are not experiencing some hardships and difficulties, you are either dead or unusually lucky. When I experience difficulties, I remind myself to just wait because good times are just around the corner and sure enough, they come. There is a saying I like that goes, “come what may and love it”. Having this perspective helps you to be happy regardless of transient circumstances.

One of the great tragedies I have been aware of lately is people who have a vengeance against someone and will pass on false information about them to injure them. No matter what your cause is or your vengeance may be, does not give you the right to harm another person by using disinformation to harm them. You may hate them and don’t want anything to do with them, but passing on false information is just plain dishonest.

Immigration has become a major political football. The US, and for that matter, every sovereign nation, has strict immigration policies that prohibit illegal immigrants from entering the country. Every country has and uses their sovereign right and laws to deny entrance into their country at any time and under any circumstances they believe is not in the best interest of their nation. This is not new. So why has this now become such big issue in the US? Simply because the President decided to exercise his executive powers to limit access to certain groups of individuals who are not citizens of the US from entering or re-entering the country for a given period of time, this executive order has nothing to do with immigration policy given that the rest of the globe is unaffected. Yet, some politicos have tied the order to immigration, regardless of the lack of connection. Their agitprop has nothing to do with the legal aspects of this executive order, but rather an ongoing effort to hamper and thwart, with any means possible, our president from doing his job. This is a real national tragedy that needs to be addressed.