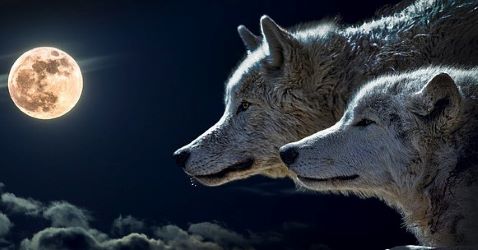 Have you ever watched a wild stallion? They effortlessly switch between being rather tender nurturing of their harem and colts, and into being a fiery beast ready to bite and kick marauding stallions, mountain lions, and other threats.

Would you call that stallion an alpha leader, for its displayed might? Or would you lean to labeling that stallion a beta for the care and patience it shows the rest of the herd? Nature made it both, so the choice is artificial.

The alpha and the beta leader

The distinction between alpha and beta leadership styles comes from the alpha (a.k.a. “red”) personality type compared with beta (a.k.a. “blue”) personality. These too are artificial and limiting classifications used mainly for convenience than for serious academic analysis of leaders. Likewise, possessing one trait is not exclusive of the other. Both can inhabit a leader and a great leader knows when to display either.

If you have seen the movie about WW-II General Patton, well portrayed by actor George C. Scott, you will remember a scene in an army hospital. In one moment, General Patton is displaying compassion and tenderness at the bedside of a seriously wounded soldier. In the next moment he is slapping the taste out of the mouth of another soldier he considers a coward. It is wise to remember Patton’s troops willfully followed him into some of the most serious fighting of the war.

These traits are not innate. Like most traits, we acquire them over time. We learn some from parents, from athletic coaches, from teachers, bosses, subordinates, spouses and even children (children are very good at reducing our accumulated misconceptions to basic truths through nothing more than their innocence). The traits we acquire, or in some cases choose to acquire, create our own unique personality.

This includes your leadership style.

When you lead a company, you can hardly escape becoming at least a little bit of the alpha.

When people try to categorize others, they do so from their perspective. People from average down to milquetoast might look at your garden variety founder and think them a Type-A personality, even if they are not. When you have an entire company make this common assumption, you run the risk of becoming just that and little more.

I have been described as an alpha leader because I was the CEO of my company. Yet I am also credited with creating a company that felt like home, nurtured its employees, and minted better people in the process, all of which is beta leadership.

CEO’s are often expected to be alpha leaders, and by this expectation become labeled and treated as such. No matter how bad you may want to change this perception, being the leader, you are saddled with this label. Now, not every CEO is bothered by this. Some don’t mind the alpha label and are just as happy ruling as such. It is easy, though not always profitable, for an alpha CEO to say, “It is my way or the highway.”

The other side of the leadership coin are the betas. A too convenient label for betas would be that of “benevolent dictators”. Betas are viewed as consensus or democratic leaders. Beta leaders can be construed as having no obvious leadership qualities or skills and are often accused of not being able to make a decision. Too often a consensus leadership style causes inaction until there is consensus, and many times consensus never comes. This can be harmful to any business, but it is especially injurious to companies that need to react quickly to change, such as the entire high-tech industry.

Leadership is not black or white, red or blue. It is quite situational. Patton did not slap silly the seriously wounded soldier, nor did he coddle the fellow with “shell shock”. Neither alpha nor beta properly define a great leader.

A great leader is one who has the love and respect of their people. Soldier do not follow the weak into battle, and they have been known to frag a commander who had no heart. Great leader may commend respect, but they also earn trust and affection.

What makes this dynamic and profitable “purple” skill set?

These skills allow the CEO to be both alpha and beta, adapting as needed to the needs of the company and the employee.