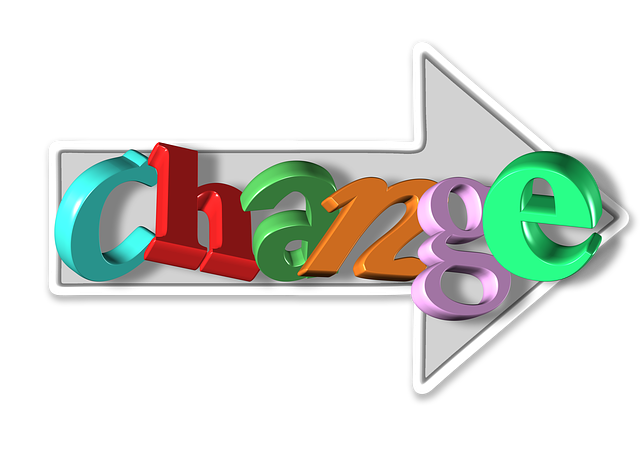 Resisting the temptation to avoid responsibility. In this Tough Things First podcast, Ray Zinn is quizzed about our changing culture. Are we beginning to have an aversion to change and are we too often relying on others, even computer algorithms, to make big decisions for us?

Rob Artigo: I’m Rob Artigo, entrepreneur and screenwriter and happy to be back for another edition of Tough Things First. Hi, Ray.

Rob Artigo: Ray, there’s a new book out there that explores how Americans have transformed from a willingness to move to take risks and adapt to change to kind of this culture out there now that is avoid change. This writer says, “We’re moving residences less, we’re marrying people more like ourselves, and we’re choosing music or our mates based on algorithms that wall us off from anything that might be too new or too different.” Is this a dynamic that you see out there in the world these days?

Ray Zinn: Well, I think he’s taken more of a contrarian view, which is fine because there’s always two sides to every coin. This author is taking a different view of people’s change in their mood and attitude toward change, so I think that’s more of a contrarian than maybe what’s actually happening.

Rob Artigo: You know, we do this in our business lives and our everyday lives, right? We look at things, and sometimes our interpretation of it is a matter of perspective.

Ray Zinn: Exactly, and it seems like the contrarian view tends to entice a lot of people to listen and join in. I think it’s more that, more controversial than true reality, Rob, so I wouldn’t take it at face value. I would look at it more as maybe a contrarian view. We do have the millennials, who are marrying later. I don’t know if they’re marrying people of their own culture, but they are marrying later. They’re living at home longer. They’re looking for more safety, so maybe you would say they’re risk averse. The change is less risk averse, wouldn’t you say?

Rob Artigo: Yeah, sure. What I’ve found is that as I’ve gotten older, I’ve become less risk … Or I’ve been more risk averse, I should say, only that you have more at stake. When you’re younger, that’s when you really should be taking the bigger chances, the bigger leaps, that are easy to recover from if you happen to make a error in judgment or make a decision that doesn’t work out your way. It seems to me that the younger people …

Then, going to what this writer is saying and I think eluding to at least exploring this subject is that maybe because they’re staying at home longer, because they’re making decisions later in life to get married and make other important decisions … I believe you shouldn’t be rash in those things, but at the same time, if they’re waiting a long time and then not taking the appropriate amount of time to decide what to do … You know what I’m saying?

Rob Artigo: If they’re going to get married later in life, but they still only take three months to make that decision, they’re still making a rash decision.

Rob Artigo: Maybe there is a risk element there that they should be taking in the big things in life or the decisions they make about where to go for work and study and that kind of thing that they’re not really taking.

Ray Zinn: As you pointed out, we … When we become more dependent on the government, that just makes us, and our parents, as you would. We’ll throw in the parents in there also because I heard a comment yesterday by someone that said, “You know, your kids never move out of, out of the home.” In other words, even though they may go to a different apartment or maybe move out of the actual home structure itself, they’re never really off the parents’ payroll. With all the government entitlements now, and the last nine years have really established that pattern of entitlement, the kids are unwilling to take risks because they don’t feel they have to. If you don’t have to take a risk, why? Why do it? I think we’re seeing a little bit of that is why it looks, at least on the surface, it looks like they’re avoiding change.

Rob Artigo: Can we rely on algorithms too much nowadays as well, where we let computers sort of analyze circumstances and recommend changes that perhaps we should do with the consultation of parents or friends and not necessarily rely simply on algorithm?

Ray Zinn: It’s the parental algorithm, as you would. We’re letting our parents tell us what to do, what school to go to, what education to get. We’ve become accustomed to people telling us what to watch, what to listen to. I think that is at the heart of what you’re talking about is it is a parental syndrome. In other words, as we grew up as children, we relied on our parents to tell us what to do and when to do it, and it’s just happening a lot later in life now.

Maybe it happened up until we were 16 or 17 maybe 30 or 40 years ago, but now they’re in their 20s and maybe even their 30s, still having their parents telling them what to do, what to eat, where to go. We’ve just been accustomed to … Even the ubiquitous driving, we don’t drive the car anymore. We just let the car take us from here to there, so it’s going to even foster more of this algorithmic analysis. We want everybody else to tell us what to do because it seems safer.

Rob Artigo: Right. Letting somebody else do the thinking for us. You’re taking the decision making out of it, so it’s like you are also relieving yourself of some blame if something goes wrong.

Ray Zinn: Yeah. You’re not accepting responsibility for your actions because you’ll say, “Well, you know, I was … Here’s what the model … Here, here’s what the conventional wisdom is, and I’m gonna follow that. Therefore, I don’t have to take a risk.” That’s being risk averse.

Rob Artigo: Can you spot this in a business? In a business sense, say it’s somebody who’s seeking a venture cap or investment or somebody who’s seeking advice or mentorship in the business community. Could you see this in a person in the way that they talk or address certain issues that you can tell that they are over reliant on something outside of themselves for making decisions?

Ray Zinn: Yeah. I could actually look at the way they dress. I mean, no longer dress up in a nice suit and tie. They just put on casual clothes. They just put on short pants or sneakers and a T-shirt. They catch the bus, or the company drives them to work and provides the babysitting and provides their meals for them. We’re become so used to people taking care of us. By the way, if you use casual clothes, you don’t have the cost of the laundry and the maintenance of that expensive clothing. They’re basically wrinkle free. You just throw them in the washing machine, pull them out, dry them, and then put them on and go to work. I mean, we have become so casual in the way that we live our lives, you know, fast foods and instant TV dinners … Dates me right there … the frozen dinners, and just the availability of everything being so easy right before us that we don’t have to work very hard to get to where we need to go.

Rob Artigo: Let’s close with this. You were talking about casual clothing, and I think that’s a way that people present themselves in the modern culture that, “I wear this clothes.” I’ll use Zuckerberg as an example. He’s very fond of the hoodie. He wears the hooded sweatshirt, and he dresses very casually around the office. I’m sure there are times when he dresses in a business suit. We just never see it. But that’s Zuckerberg, right? He owns Facebook, and he’s a billionaire many times over. Some people think, “Well, I’m gonna dress like that because I’m that kind of personality in my business world.” But if you’re starting out, though, you don’t want to give people that impression.

I think of this. I’m fond of baseball analogies and baseball thinking. There’s a movie where a new pitcher came from the minor leagues, or just joined, actually, in the professional ranks, and he’s got fungus on his shoes. His catcher said to him, “You have fungus on your shoes,” and he was calling him out on it. “You have fungus on your shoes.” He says, “You can’t have fungus on your shoes in the pros. If you go to the major leagues and you win 20 games, you can do whatever you want with your shoes. But until then, you have to have clean shoes. You have to present yourself properly as a professional baseball player.” You can be eccentric once you’ve succeeded, but you don’t want to be eccentric at the start because then people have a problem with you.

Ray Zinn: Well, but tell that to the current generation, because they certainly don’t care. Again, it’s whatever is easiest, you know? If you wear casual clothes, you don’t have to polish your shoes, you don’t have to worry about keeping your face clean and trimmed and hair combed and cut. We’ve just become sloppy in everything. Sloppy in the way we do our work hours. This casual way of living is really at the heart of what we’re talking about on this podcast.

Rob Artigo: Well, thank you, Ray. I appreciate it.