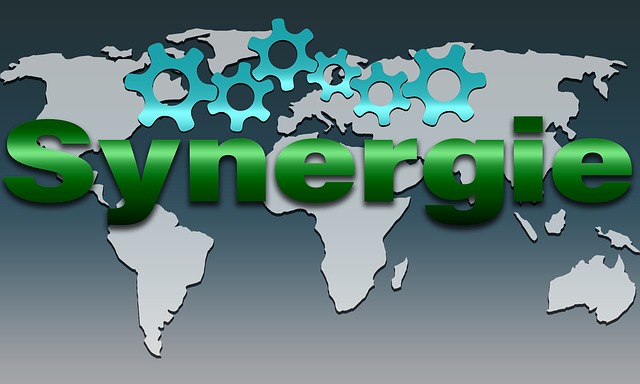 How to grow or not. Mergers and acquisitions are tempting, but they are often the wrong strategy. There is more at stake than mere top-line expansion. Ray Zinn discusses M&A insanity.

Guy Smith: Well welcome back everyone to the next edition of the Tough Things First Podcast, my name is Guy Smith and as always, we’re here with Ray Zinn. Hello Ray, how are you today?

Guy Smith: It’s always a pleasure to be with you, and I am anxious to talk to you today, because there is just a flurry of merger and acquisition activity going on. The Broadcom Qualcomm merger seems to have more chapters than any television soap opera, and a lot of people are wondering is this now the new normal or is this part of a cycle, etc., etc.

I know that you’ve watched M&As in the tech industry for 50 years or there abouts. Let’s jump right into that. This recent flurry of M&A activity, especially in the semiconductor sector, is this an aberration? Is it abnormal? Is it larger than usual?

Ray Zinn: I don’t think so. I think this is kind of an ongoing thing. It’s been happening of years. As you mentioned., I can go back close to 50 years on this and it’s pretty much the way it’s been.

I think that’s exactly what [Octam 00:02:25] is doing with Broadcom is he’s borrowing the money. He’s borrowing at a low interest rate. Then you hope that your growth rate will, at least on your earnings, will exceed the cost of money. At least that’s my view of it.

Guy Smith: Why do CEOs like M&As as a growth strategy? It’s a way to grow but there seems to be a lot of pitfalls. Why would a CEO favor M&As over other tactics for growing revenue?

Ray Zinn: Because it gives you an instant revenue growth. I mean if you acquire a company that’s nearly your size, you can get almost a 100% growth rate. Your growth rate speeds up. Another reason would be that you might get scale. In other words, if you’re a smaller company and you need some more access to customers or to certain markets, you’ll do that.

Or if you’re trying to buttress up your own market such as what Broadcom is trying to do. They’re heavily into handsets and to cellphones. The acquisition of Qualcomm just really buttresses that market that they’re in. It gives them much larger scale. In fact, they’d be the largest producer of handset components in the world.

Guy Smith: But there have been disasters in this approach, haven’t there? I mean, I grew up in Melbourne, Florida. There was a big branch of Intersil down there. If I remember correctly, Intersil went on a big M&A splurge and didn’t ingest it all very well.

Ray Zinn: That’s true. It does take quite a technique to do it. The acquisition is synergistic to your business plan, as opposed to just acquiring bulk, as you would. It’s kind of like, a weight lifter who’s doing it, or a person who’s exercising doing it to develop tone and strength in their muscles as opposed to somebody who is on steroids, that just wants to get bulked. Using steroids to get bulked is hazardous to your health.

That’s kind of what Intersil did back in the time, or back in the day as they say, is they were just getting bulk. Dave Bell said, “I’m going to be a billion dollar company.” So he went out acquiring companies just to get to a billion revenue. That’s a dangerous way to do it, unless you had some way to assimilate those acquisitions into your company.

That’s the key. The challenge is being able to get those company synergistically matriculated into your company.

Guy Smith: I’m glad you brought up that word synergy. In preparation, I went into your book Tough Things First. By the way, for the audience if you have not gotten your copy of Tough Things First, you should probably bring up a browser window, go to amazon.com and get a copy. Because if you’re looking for the bible of how to be a good leader and a good executive, and a good entrepreneur, especially in the tech industry, reading Ray’s history of his time in Silicon Valley and his time in tech in Tough Things First, is really your guide book.

By all means, go to Amazon. Get a copy.

But in preparation, here’s a passage from your book and why I was focusing on synergy. You wrote, “Regardless of the mode, merger or acquisition, or the justification for M&As, the endgame derives for the presumed, …” I put the emphasis on presumed, “synergies between the two companies. That will allegedly allow them to grow faster that they would individually.”

Part of the equation seems that there has to be some multiplier or effect of the synergies for the M&A to have some realistic benefit. Is that true?

Ray Zinn: Certainly. For example, if you were a real estate company and you decided to acquire a restaurant, even though they’re buildings involved, that may not be scale. In other words, you may not be able to synergize your sales force with the restaurant. There’s not a lot of synergy. Even though you’re going to get bulk, you’re not going to get any real synergies there.

The goal is if you’re going to acquire a company, acquire a company where there are likenesses. In other words, you have some similarity in product lines or in technology, workforce, because then you can get some synergies by scaling back some of those between the two companies, you can scale back some of the staff to minimize the cost of running because you’re basically going to run two companies as one.

You don’t need two accounting or two purchasing. You don’t need two CEOs as you would, two sale forces. Well, not necessarily two sales forces, but there’s some duplication when you bring in a company, you can cut some cost by just reducing the headcount where there is duplication.

Guy Smith: Yeah. Then the layoffs are always, as I recall, mainly from the acquired company. They tend to lose the most heads.

Ray Zinn: Yeah. That’s the shame of it.

Guy Smith: Historically speaking, in the tech industry and not just semiconductors, but in tech in large, what has been the result of this grow strategy? In terms of a batting average, how often does it really work in terms of long term sustained growth?

Ray Zinn: It depends upon the company. HP has not down extremely well. TI has done pretty good. Analog Devices has done good. Also, the company that acquired my company, Microchip has done well.

Guy Smith: Believe that instinctively and I believe that not every CEO has the [timlin 00:08:24] of finding those synergies, making the hard choices about what to cut, what to keep. Actually then melding the two pieces together so that they do get that multiplier effect.

We live in interesting times. We’ve got a global economy that seems to be growing fairly well again, but we’ve got interest rates getting ready to go up and take all the cheap money off the table. What would be your advice to CEOs, especially in this current business cycle in terms of using M&As? Are they too late to the game? Is it still something they should consider? Are there warning signs on the road ahead that maybe make them think twice about an M&A at this point?

Ray Zinn: As long as the interest rates sty down low, like two and a half percent or lower, then you can still borrow money relatively well, because you’re going to be hopefully, cutting some costs and synergies in the acquisition. That will help you then pay for the acquisition.

It is still a reasonable time. I think it will be for the next year or two. Certainly the inflation has not increased. We still have relatively low inflation and we have good growth.

So low inflation and good growth, even though it sounds like an oxymoron, that’s the best of both worlds. Low interest rates and low inflation but high growth. I don’t know how it get any better than that.

Now, will it stay that way? No, because inflation is part of growth. People are going to want higher salaries. We saw recently the demands of salaries are going up. They’ve increased substantially over the last year and that it will continue to increase as long as the economy grows.

Guy Smith: That certainly make sense. I guess as long as the interest rates are low, there’s a reduction in risk to a certain extent. I expect to see more M&As even though … I also suspect they’ll be tapering off as interest rates come up. Some CEOs are just not going to want to take the gamble.

Well, any. Thanks Ray. I appreciate you giving us these insights in mergers and acquisitions. And for the Tough Things First podcast audience, by all means, if you haven’t already subscribed to this podcast, you can do that on iTunes, Google Play, Podcast Addict, any of the tools that you’re using

And while you’re there, rate and reviews so that other people find this podcast if you have found it helpful.

Thanks again, Ray and have wonderful afternoon.

Ray Zinn: Thanks, Guy. I appreciate this opportunity.