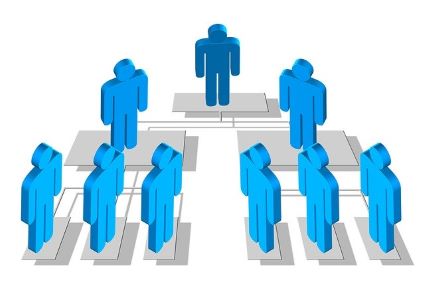 Entrepreneurs can either learn this quickly or slowly, but eventually they’ll learn or fail.

In this episode of the Tough Things First Podcast, Ray Zinn offers insights and examples to one of the most common workplace management problems.

Ray Zinn: Rob, hey. It’s good to be back on the program with you.

Rob Artigo: Sure. Got a good topic for you, but I sometimes watch Food Network and a show called Restaurant: Impossible because being a business guy, I just like to watch how people fix problems with their businesses. And this chef, Robert Irvine, goes around the country and he breathes new life into these restaurants. He redecorates, but also shows them what’s wrong with what they’re doing with their businesses.

As an entrepreneur, particularly a new one, there are lots of management lessons to be had in shows like this. And I saw an episode recently where the owner operator of the restaurant was… She was an extremely nice lady. So probably somewhere around middle-aged. But again, a very gracious, nice lady and meant very well. Some of her employees were her own offspring. So she had a son who was a chef and she had some daughters who were working in the restaurant waitressing and managing the front of the house, as they call it. And one of her major faults, perhaps the major fault and why her business was failing was she handled the employees with kid gloves, like a mom or somebody who’s trying to be the friend of the employee. She even said, “I want to be their friend.”

And so as a result, they walked all over her and she did most of the work herself. I mean, she would do cleaning that a regular employee should be doing, but she would stay late and have to do the cleaning because those people that were supposed to be doing it, didn’t do it and then she didn’t hold them accountable. So what she learned was we want to be friendly with our employees, but not be their friend. I imagine that you, with all of your experience managing people at all levels of business, had to learn that early on in order to get things done, that there was a relationship that you had to establish with people that had boundaries.

Ray Zinn: Well, it’s the same thing with parents. How do you be a child’s friend without looking like their sibling? And that’s what happened in this case that you referred to with this owner, female owner, who was being too friendly [inaudible 00:03:06] not willing to push her people. And so therefore they pushed her. And so how does a parent become a friend of the child without being, or become friendly with the child without being their friend? And that sense of the word of co-equal. That’s the challenge that all business owners have is to be friendly, but not be their friend as you would. And so there’s a difference between being too cozy with someone and then yet being friendly. When I was running my company, I’d make a habit of going around saying hi and visiting with people, but not becoming too close.

In other words, making sure that I didn’t appear to be so favoritism. And because soon as you do, then they will recognize your soft points and they’ll use it to your disadvantage. It’s very important that you be friendly, but not show favoritism or get too close to them. Some of these politicians are finding that out as we hear about it now. You can get a little too close with your people and you’ll pay the price for it. So the last thing you want to do is to get too close. And I mean that in many different ways. You can tell or should tell when you’re getting too close. And depending, again, how large an organization that you manage or what kind of a function you have, you can actually get a little too close to certain people.

So to maintain that friendly attitude, don’t show favoritism. In other words, don’t be friendly or more friendly with one person than with another. Treat all your people, your employees the same. As a parent, treat all your children the same. Don’t show favoritism, because the kids will recognize that. And so therefore, they’ll react accordingly. And same with the employees and you’ll see that over and over. And you’ve been an investigator, Rob. And so you know people have gotten too friendly, as you would, too close and then therefore it caused themselves a problem. So be friendly, but don’t get too close.

Rob Artigo: Well, along those lines of, like you said, getting too cozy and the word cozy being that you break down the formal barriers of a business relationship and cross into a territory that becomes perilous.

Rob Artigo: Yeah, it can be something as extreme as having inappropriate relationships in the workplace, but it starts with simple stuff, which is like having opportunities to go out and if you’re a drinker-type person going out and lounging around and drinking with subordinates essentially, that you start to wear away these boundaries. What are some of the things that in the business world are appropriate social environments versus… I mean, I think of obviously your company Christmas party, holiday party, that kind of thing. You’re going to be more relaxed in a more relaxed environment, but what are some of the things that are more appropriate versus environments that can be perilous for the entrepreneur who might be listening to this podcast?

Ray Zinn: Well again, the concept is, is don’t become too close and that can be in touching, it could be in putting your arm around them and stuff like that. Just avoid getting too close. Keep a distance. Be friendly, but keep a distance. I had a policy that I set up even, but just as I got married is that I would never be alone with another woman without somebody else present. In other words, have a chaperone as you would. And so I can say that in my 58 years of marriage, I’ve never been alone with another woman except my wife. And even as an entrepreneur, as an executive, I had to have one-on-ones with members of the opposite sex. And I would make sure that my drapes were open and my door was open and that they knew it was a very open environment.

That way also I knew that they knew that there was nothing going to happen, and there was nothing inappropriate going to take place because it was too public. And so I made sure that all my relationships, even with the same sex, men, that I would also make sure they knew it was an open environment. In other words, that my door is always open and my curtains were open. And that you could see into what was going on. So be open. And I mean that in a very public way. Don’t be caught in a compromising situation where you’ll regret it. Because don’t forget, unless you have witnesses, some things can come out about your attitude and your relationship that you may not want to be the case. May not even be the case, but you’re allowing it to happen.

Rob Artigo: Right. You don’t want there to be an appearance of impropriety. You want to avoid having opportunities to be accused of something that you didn’t do, but at the same time, we also are working in an environment where we want to be able to protect ourselves and just be good business people. So therefore, we have to be comfortable with the idea of saying, “Look, I want to do this. I’m not paranoid about you. I’m not paranoid of lawsuits and all those things. I just want to make sure that it’s a standard operating procedure, everything’s above board and nobody can accuse anybody of anything untoward.” Right?

Ray Zinn: Exactly. And I also believe, and maybe some of the listeners may disagree with this, but I avoid texting members of the opposite sex. So I write emails because emails appear to me more formal, more permanent as you would. Even though texts are too, but you tend to treat texts or messages in a more casual way. And so, just avoid sending text messages. Send emails because they tend to be thought of, and at least you treat them more permanent as you would. Even though texts are permanent too. I’m just saying is that you get a little too casual with these text messages.

Ray Zinn: Exactly. So just avoid texting and just avoid getting too close.

Rob Artigo: To our listeners, you can find out more at toughthingsfirst.com. Tough Things First on Facebook and the book Tough Things First is available on Amazon. Check out Ray’s book, collection of writings in the Zen of Zinn and make sure you take a moment to rate this podcast wherever you are listening to it right now. Thank you very much again for joining us on the Tough Things First podcast. Thank you, Ray.

Ray Zinn: Yeah, Rob. Good to be with you again.