Pros and Cons of Passion 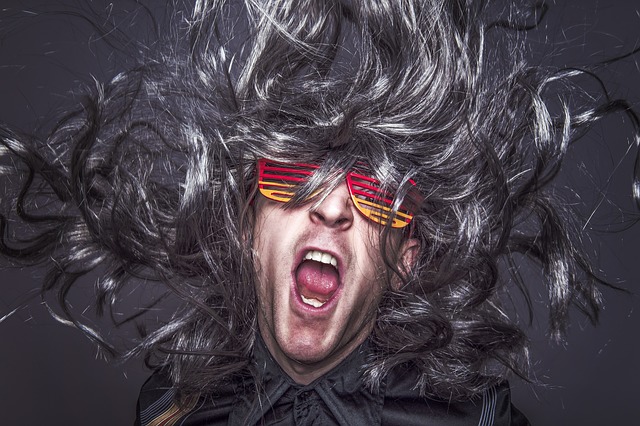 You can follow your passion, but it takes a lot more than that to be a successful entrepreneur.

In this edition of the Tough Things First podcast, Ray Zinn explores why there’s a difference between having passion and following passion.

Rob Artigo: Rob Artigo here, your guest host for another edition of The Tough Things First podcast with Ray Zinn. I’m a writer and entrepreneur being invited back. Always a pleasure, Ray, hi.

Ray Zinn: Hey Rob. Such a great opportunity to be with you again.

Rob Artigo: I’ve got a good subject here. We’ve talked about the idea of passion and what it takes for an entrepreneur to be a good entrepreneur, a successful entrepreneur. This dovetails right into that area right there. There’s a business guy out there, a serial entrepreneur by the name of Scott Galloway. He’s described as a businessman and serial entrepreneur. He had a company called L2 Inc. I don’t know what it does, but he sold it for $130 million. That’s the estimate at least.

He gave a talk recently at NYU and he said that, “People often say, ‘Follow your passion.'” I know that you’ve said that to be a successful entrepreneur, you need to have passion. But he says, “If you’re just following your passion, that’s total bull.” Here’s the quote from him. He said, “Because the individual telling you to follow your passion usually became magnificently wealthy selling software as a service for the scheduling of healthcare maintenance workers. And I refuse to believe that that was his or her passion.” So he makes it, he makes an interesting point there. But do you buy into that?

Ray Zinn: Well, I agree with him in the sense that don’t follow your passion. I said, “Be passionate.” If you’ve listened to any of my previous podcasts, I’ve talked about that if you’re not passionate about what you’re doing, then of course you’re not going to succeed. So the difference between all of us as entrepreneurs to create, innovate and negotiate, we have to have passion. I didn’t say follow your passion. I mean, I don’t know where he’s coming up with that one. I think that I’ve heard I think that term used before, follow your dreams. I’ve heard that, follow your instincts, follow this, follow that.

Follow your passion is a bit broad. I think be passionate is different than following your passion. If you have a passion for doing something illegal, you don’t want to follow that passion or you’ll end up-

Rob Artigo: No, not at all.

Ray Zinn: … in confinement as you would. Or if you’re patient about some other opposite sex person and you’re married and you follow that passion, that’s going to get you in trouble too. I’m not suggesting that you follow your passion and get yourself in trouble. I think that’s what Scott was talking about is not following something that’s not going to lead you in the right direction. Does that kind of cover it?

Rob Artigo: Yeah. He goes on to say it actually, instead of following your passion, he says, “Find what you’re good at. Focus your talent. Find out what you’re good at and invest 10,000 hours into it and become great at it.” I think that is good advice.

Ray Zinn: Well, whatever time it takes, whether it’s an hour or 10,000 hours. Again, he was talking just to the NYU students and so that’s their probably some graduation thing. He was getting them pumped up, kind of your typical graduation address. “Get out there, make it happen.” Emerson says, “That which you persist in doing becomes easier, not the nature of the task changes, but your ability to perform it becomes better.” That’s the key that Scott’s talking about, put that time in to develop that capability.

Not that the nature of the task becomes easier, but by keep persisting in doing it, you’ll become better at it. I think that’s what he means. You’re not going to get better at something you don’t persist in doing. Does that make sense?

Rob Artigo: Yeah, absolutely. It sounds like, he says, “Don’t follow your passion,” and you say, “Don’t just be blindly following your passion,” but you have to have the combination. You have to find what you’re good at and invest the time in it to be great at it. What it takes to do that is probably a lot of passion, don’t you think?

There’s certain capability that’s necessary, whether it’s to be a doctor or a lawyer or a writer as you are. You have to have some skill at that task. So just because you’re passionate at something doesn’t mean that you’re going to be successful. Unless, as Scott says, you put the effort and time into developing those skills necessary for that task.

Rob Artigo: I’ve had people ask me when it comes to writing books, they’ve said, “I want to write a book. I really want…” Well what prevents you from putting pen to paper? And they say, “Why I start and then I just can’t continue.” I think that’s where the passion comes through is that if you can focus like a laser beam on a job that needs to get done, and get through it, and have the stamina and the willingness to get the job done no matter what it takes, then you’re probably on a pretty good trajectory to actually finish a project.

I was talking to a friend of mine who’s redoing his house. He was surprised at how much time it’s taking to prepare things than it does just to finish it. It’s that preparation time. As we develop what we’re doing, whether it be remodeling our home or car or whatever it is we’re doing, that we’re trying to get something finished, that preparation actually it takes more time than actual the finishing part.

Preparing to run the marathon is more important than running them or finishing the marathon. So again, if you’re going to start a company, if you want to be an entrepreneur, there’s more preparation than actually execution.

Rob Artigo: The best advice I got from a contractor is, and I’m sure you know this, is “Measure twice and cut once.” That’s preparation.

Rob Artigo: Thank you again, Ray, I really appreciate it. Join me in the conversation at toughthingsfirst.com. Your questions and your comments are always welcome. Follow Ray Zinn on Twitter, Facebook, and LinkedIn and get the book Tough Things First. And also Ray’s newest book is The Zen of Zen. Thanks Ray.

Ray Zinn: Thank you Rob. Great to be with you again.