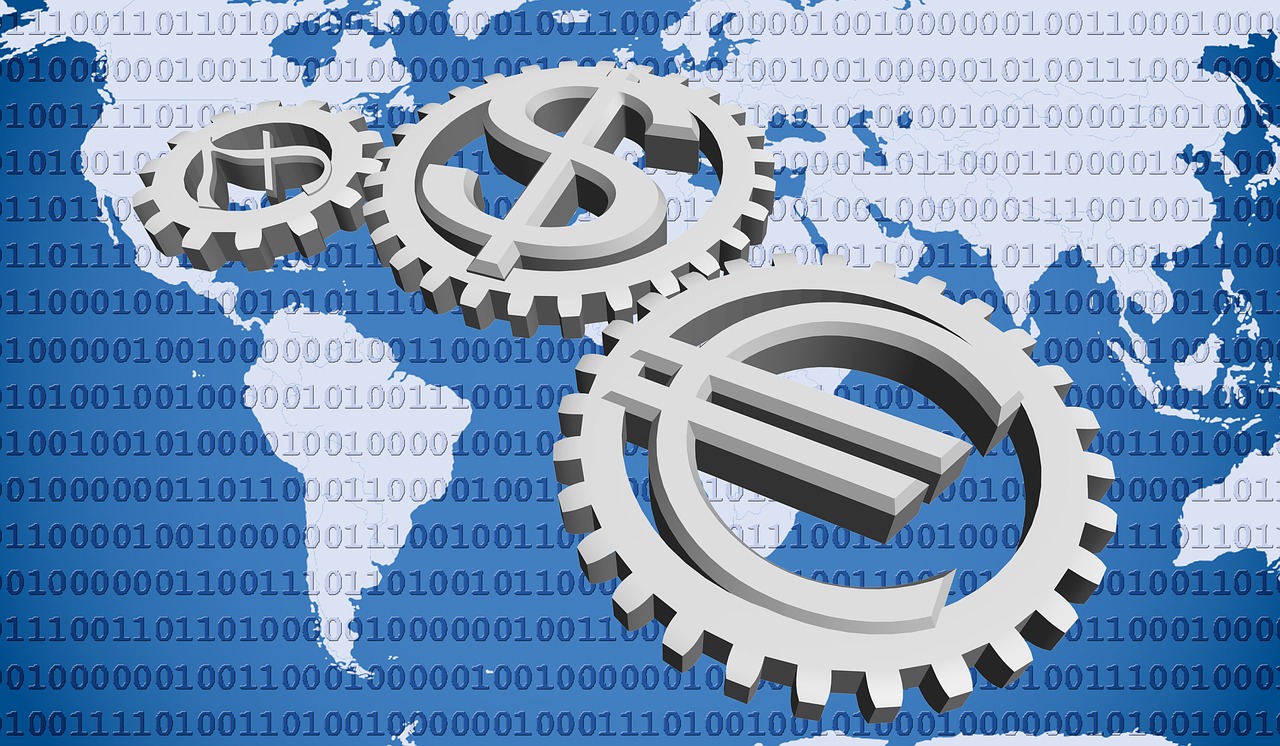 Is it a trade war or simply leveling the playing field? President Trump’s tariffs have been applauded and criticized, but where’s it all headed. In this Tough Things First podcast, Ray Zinn explains the purpose of placing fees on imports and why other countries do it to American goods.

Rob Artigo: I’m Rob Artigo, your guest host for this edition of the Tough Things First podcast. Hi, Ray. It’s good to be back.

Ray Zinn: Well, listen, it’s always good to have you. Rob, you’re always ready and eager to do these things.

Rob Artigo: And I have a lot of fun for sure.

Rob Artigo: Well, President Trump is at once being praised and also vilified for recent tariffs put in place to combat trade imbalances across the globe. So first of all, Ray, in layman’s terms, try to help us out here and explain to us what is a tariff in this context?

Ray Zinn: Okay. So, that’s like a value-added tax. Almost every country has them. For example, one tactic that was used in France, for imported cars, rather than calling … putting a tax on it, what they would do is they had this import point when the ships would come into harbor that it would take you hours to get to this little tiny, it’s up a windy road, little tiny shack up in the mountains in France. And then you would stand in line and there’s no cover for you, if it was raining or if it’s bad weather, you were just standing out there.

So, if you were coming off the ship to get your unloading permits, they would make it so inconvenient, that you didn’t want to do it. And they would tie up your ship for a couple of weeks in the harbor just messing around with the paperwork. And so whether we call them a tariff, whether we call them some kind of a restriction, like in the case in France in the automobile industry or other imports, it’s a way to either compensate the country or at least make it less convenient for the foreign supplier to sell his products within a country, whether it be in our country or any other country throughout the world. Almost every country that I know of has some form of tariff to protect their own products.

In fact, let me just give you a quick story. So years ago I took my mother to Germany to visit her relatives in Dresden. And she kept commenting over and over. She says, “I don’t see any American products here.” She would say, “Why don’t we want to sell our products into Germany?” And I said, “Mom, it’s not a problem. We would like to, but what they do is they make it very expensive to buy American products in Germany.”

And she says, “Really? I didn’t know that,” so many people are not aware of the fact that every country protects, their country vis-a-vis these barriers, these trade barriers that make it more costly or more difficult for a supplier to be competitive. So if you were selling a hammer made in the US to a foreign country and they had a 100% tax on that, you know, that’d make your hammer way too expensive.

And so, they promote buying locally. In fact, in some countries, I’m not going to name who they are, you can actually go to jail if you purchase a foreign product other than what was built within your country. So I think based on my experience that the US is probably the most open border trade in the entire world. That’s my opinion.

I’ll tell you that or give you my statistic on that, because we run the biggest trade balance of any country in the world. $600 billion that we run into a negative trade deficit where we buy $600 billion more products than we sell outside of the US and it’s not because our products are more expensive. It’s because every country puts these big tariffs on our products, making our products very expensive to buy in their country.

Rob Artigo: And it doesn’t seem very fair. I mean, if we think about what we’ve done over the last many decades, it was a matter of generosity on the part of America, the United States, to reduce these barriers so much so that, you know, like you said, it becomes the most open border country in terms of trade out there.

And this massive trade imbalance exists. To turn around and say that there’s something wrong now. I mean, maybe at one time it helped the world by doing that. It helped the world with its own commerce by doing that. But now, to have the United States, which has suffered a lot because of it in recent decades, to take back some of that now. I mean, isn’t that what it seems like the president’s trying to do?

And so it’s the same thing on tariffs. You know, if you want to sell more product in United States, you got to buy more product from the United States. Should it should be a one-for-one, not this big, huge imbalance. You know, we have been the world’s suckers, whether it be, you know, on NATO and protecting the world or whether it be in immigration, you name it, trade imbalances, we are the big suckers of the world, meaning that the people are just more willing to take advantage of our country than should be the other way around.

So what Donald Trump is doing is, and this is by the way, is not new, you know, trade restrictions have been put on by, you know, by Kennedy and Johnson and by Carter. All these guys have put on trade barriers when they felt it was politically good for them to do it. So, you know, again, Donald Trump said, America first. And so he made that promise before he was elected and he wants to keep that promise.

Rob Artigo: So the term trade war comes up in this context. And so what is a trade war? And do you believe that what is taking place right now qualifies as a true trade war?

Ray Zinn: It’s not a trade war. They call it a trade war or at least the press calls it a trade war because they said, well then those countries are just going to make our products more expensive in their country. They don’t buy much from us anyway. So you can’t have a war where there’s no battle.

Rob Artigo: Well, we think about trade with China a lot because of the tariffs. But I know that the president has been very critical of Germany, which you’ve mentioned. You’ve mentioned Germany and do you think that we miss the point if we focus too much on the fact that we have a trade imbalance with just China? That, like you said, with virtually every other country in the world, they put tariffs on our products, but don’t want us to have a tariff on theirs?

Ray Zinn: Well, you know, it’s interesting. I mentioned earlier that I took my mother to Germany to visit her relatives in Dresden and up until ’89, Dresden was part of the Eastern GDR, which is the East German area. And they had lots of Russians. They had over 3000 Russians soldiers were stationed there. And they had a store, they had a Russian store. And as soon as the wall came down, nobody went into that Russian store to buy anything.

None of those east German or Russian products where were even sold. I decided just to kind of peruse, walk through there. And I asked the storekeeper how business is and she said, well, since the wall came down and since you know, the, the reunification of Germany, she says, we’re not selling any of these products.

So, it’s just interesting that if you make a quality product, it’ll sell in your country. And you know, we have found that the Germans and others have made great cars and they sold well here. It’s just that by the same token, they can’t make it totally impossible for us to sell our vehicles or our products in their countries.

And so no matter how good we make our product, if they make it so expensive that no one can buy it, then of course that then it’s a loss for the US. And that’s what Trump’s trying to solve.

Rob Artigo: If we have where we’ve put a tariff on a product and then the other country counters with a tariff on our products going in and raising the price, then we … I know for example, that some companies have said, and I want to say Tesla is one of them, said we’re going to just raise the price of the Tesla in China because that’ll offset the cost of the tariff and that would prevent them from losing money. Instead of absorbing it, they want to raise the price and compensate. It would actually be more expensive. So in this country and elsewhere, will the products be more expensive and will the average Joe just have to deal with the pain and feel it?

Ray Zinn: Well, that’s the threat. I mean, that’s what the, what the other side who don’t like Trump, try to make us feel that, oh, the world’s coming to an end because won’t be able to afford any of these products. That’s just rhetoric. And so it’s just all to make us worry and feel concerned.

Trump knows what he’s doing and he’s negotiating well for us. It will benefit our country. And it’ll benefit on short term. Remember, he only serves for four years and he’s already done almost a year and a half now. He’s going to stay in the next two and a half years, he’s going to make a huge difference.

Rob Artigo: And as always you can reach out to Ray Zinn with your questions at ToughThingsFirst.com. Continue your education and the conversation with all of all the podcasts, blogs and links to information about the book Tough Things First.

Also check out Ray’s new book, the Zen of Zinn, a collection of writings on interrelated topics of entrepreneurship, leadership management. Everything that we talk about here, including discipline, determination, society, people and life. It’s the Zen of Zinn. Thank you again, Ray.