There Is No Pot Of Gold 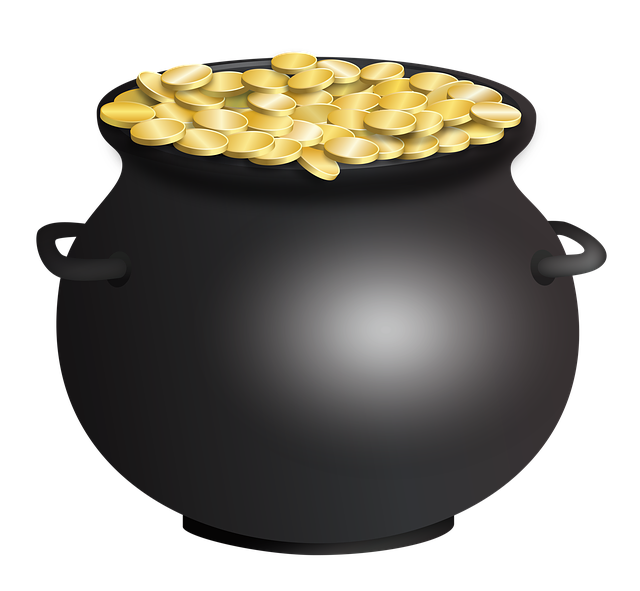 The pot of gold at the end of the rainbow is exactly what you’d expect, a fantasy. In this edition of Tough Things First, guest host Rob Artigo asks Ray Zinn about how to no when you’re chasing a fantasy.

Rob Artigo: I’m Rob Artigo here, your guest host on this edition of Tough Things First, the podcast. I’m an award-winning writer and investigative consultant. Being invited back is always a pleasure, Ray.

Ray Zinn: It’s always good to have you on the program, Rob.

Rob Artigo: Well, Ray, when I was a kid my mother told me there was a pot at the end of the rainbow. Ray Zinn: A pot of gold.

Rob Artigo: A pot of gold. There was a pot. She did, yes. She definitely included the gold part. It wouldn’t have been as interesting if it was just a pot.

Ray Zinn: A pot of gold? A pot of gold? Well, it’s a mirage, and sometimes we chase these rainbows thinking that there’s a pot of gold. I think it’s a saying that we’ve used over and over that, because of the dark storms, and just the furiousness of the ferocity of the storm, with the weather associated with a bad storm, and then it begins to clear and you see that beautiful rainbow that appears. We say, “Boy, there’s got to be a pot of gold, because I’ve been through so much and if there’s not a pot of gold at the end of that rainbow, I’m done.”

But, in life it’s a mirage. If you think just because you’ve been through a stormy time, and it’s been extremely furious that, “Oh, there’s got to be some gold at the end of that rainbow,” we’re just kidding ourselves. There’s the ups and downs associated with the ferocity of running a business, but believing that there’s a pot of gold, it’s the one that we make, not the one the rainbow has. That’s what I mean by, don’t be fooled by that pot-of-gold story about at the end of the rainbow.

Rob Artigo: It seems to me that it would be … It’s right in line with those who see the pot and pursue it at all cost, so whatever their pot of gold is, they’re big reward down the road … Ahab and the White Whale, his pot of gold was the revenge, getting the White Whale. Therefore, he spent his life, and ultimately his obsession that killed him trying to get the White Whale. We have those kinds of things in our lives.

We can say, “That pot of gold is what I want, and I’m willing to get it at all costs, and at the expense of everything else.” Ultimately, it’s really … I know I made the mistake in the introduction I said, “The pot at the end of the rainbow.” It is, really, it could be just an empty pot.

Ray Zinn: Exactly. No, you’re right. It was just the saying of the pot of gold, but, yes, it could be just a pot, empty pot, nothing in it. Starting a business you have to start for the right reasons. If you’re starting it because of the pot of gold at the end, it’s an illusion. You’re gonna be chasing this rainbow. Don’t start your company for the wrong reason. Make sure that it is for the right reason. What are some of the right reasons that we should start a company, Rob? Do you have any thoughts as what would be a good reason to start your company?

Rob Artigo: To support my family, to build a business where I can employ others.

Ray Zinn: Okay. Certainly, those are all good. Just like building anything, depending upon the structure you want. No one would start building a home without the plans, and so you want to make sure that your plans represent what you want to build, whether it be a multi-bedroom or single bedroom, whatever it is that you’re trying to construct, make sure that your plan represents what it is you want as the finished product.

Then, as you begin building that building, make sure it’s the right materials that you’re using, that it’s not bad material, that your studs are straight, they’re not warped, and make sure that all of the preparation, the foundation, and all the things you’re putting into it, have all the right construction, and done properly according to the codes, and so forth, that you need to have a long-lasting structure.

That’s the way we should approach building a company. Make sure that we have good plans, that we have a good foundation, that the structure represents what it is that we want at the end. In fact, I have a friend who’s a contractor and he says, “Why is it that people keep changing their mind as they’re building the home? Don’t they realize that that compromises a lot of the structure of the home?”

I don’t know why he even stays as a contractor, because he bellyaches so much about the people who are building the home, the customer. He says they complain all the time. They complain about the paint, they complain about the way the structure is going up. Make sure that what you’re building is what you want, and you’re not building something that you don’t want, and that you constantly have to change, especially as you’re going through the construction phase. Proper preparation, proper planning, is all what you need up front before you start your business.

Rob Artigo: Then, of course, remember that whatever your goal is at the end, it shouldn’t be so tied to that pot of gold that you ultimately give up everything else to get there, because you’ll probably fail. Instead of being good at that one thing, you’ll fail at everything.

Ray Zinn: Well, I have a friend, by the way, who built a home, and the original cost was half of what the home actually ended up being. What he did was … He built the home, it was twice as much as had been projected, and he ended up having to sell the home. Actually, he declared bankruptcy because he couldn’t even afford to make the payments. Make sure that you don’t build your home to the point where you will bankrupt yourself, or bankrupt the company.

Rob Artigo: And, of course, do the tough things first. Right, Ray?

Ray Zinn: Absolutely. Learning to do the tough things first will prevent you from building the wrong kind of home.

Rob Artigo: As always, you can reach out to Ray Zinn with your questions at toughthingsfirst.com. You can continue your education, your business education, or your education in life and, of course, join the conversation with the podcasts, Ray’s blogs, and links to information about the book, Tough Things First. Thanks, Ray.

Ray Zinn: Thanks, Rob. It’s always good to have you on the program.