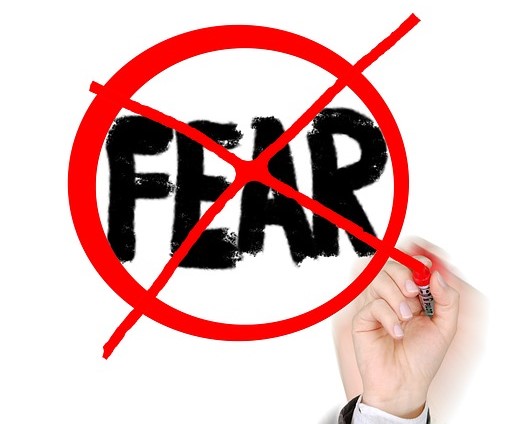 Do people fear success? No. They fear what success requires or brings.

Success is defined as the accomplishment of an aim or purpose. This requires effort and leads the person pursuing success into a new state of being. Since humans need to see a probable and good outcome of their efforts, and since that probability is often unassured, they tend to never gather the gumption required to even try. Others don’t know what success would bring and fear this unknown change. I know a writer who has had a finished manuscript in her desk draw for five years, afraid to submit it to a publisher. Though she won’t say so, she appears to fear the rejection (an unknown outcome) and fears success (the hard decisions she would have to make about her steady but boring career as a tech writer).

Both of these uncertainties revolve around change, which social scientist and phycologists? will tell you is what people fear the most. Change in daily routine, change in careers, change in fortunes. Change is scary because there is always an element of the unknown involved, and animals – including people – are pre-programmed to avoid the unknown. Hence, we avoid change unless the outcome is so clear and so good that the risk of change is overcome by the reward, or that the penalty for not changing is disastrous.

Thank God for adventurers and entrepreneurs, both blessed with the attitude “nothing ventured, nothing gained”.

For these men and women, the unknown must be explored to understand what change may bring. Effort and failure are to them merely possibilities, and possibilities over which they have quite a bit of control. By mitigating undue risk and exploring the unknown, they find real opportunity.

This is why some people are wildly successful. Change does not frighten them. If fear of change had shackled him, Columbus would not have discovered a new world. In fact, these people crave change. Embrace it. Yearn for it. They are not foolish. They do not run into brick walls just to see what it feels like. Instead they pick a direction, feel their way through the darkness until they have a better idea of where they are going, then carry on until they succeed or until they decide that the path they are on is of little new value.

The two key differences are willingness and enthusiasm. If you are unwilling to risk change, then you cannot succeed. If you lack enthusiasm for the quest, you will turn back before making real progress. But the desire for change will take you to new lands or even new planets. Nearly 3,000 people have signed up for a project seeking to populate Mars. That is real change and real enthusiasm.

But how does the average person adapt a mindset of change to enable success? For some people it simply is too big a barrier. My sister, who is now in her 80’s, refuses to use a computer. She still writes everything in longhand. Most people are not that behind the times, willing instead to adopt new convinces. that show real benefits. For young people, everything is new. Their worlds are constant change until they land jobs and mortgages. Because of this, new things are not all that frightening to them, and this helps explain why so many startups are launched by younger entrepreneurs – the changes involved in leading a new company into a new market are less daunting to a 25-year-old than a 55-year-old.

If you feel stuck, start small. Change little things in your daily life such as the way you dress, your route to work, your friends, hobbies, your choice of foods. Breaking routines allows your mind to accept change as a concept. Once you make a couple of new discoveries – such as some exotic cuisine that really ignites your taste buds – your mind will be more open to change in general.

Next, start exploring places unfamiliar to you. We find our way through life as we would hiking from one end of the country to the other. We know the general direction, we follow signposts, we ask directions (no cheating by bringing a GPS). This will help your mind accept that feeling your way through a problem, one small step at a time, will bring you to a goal.

After that, you have no excuses not to succeed. The only addendum is to take your newfound desire for change to your employees and make them desire it just as much.