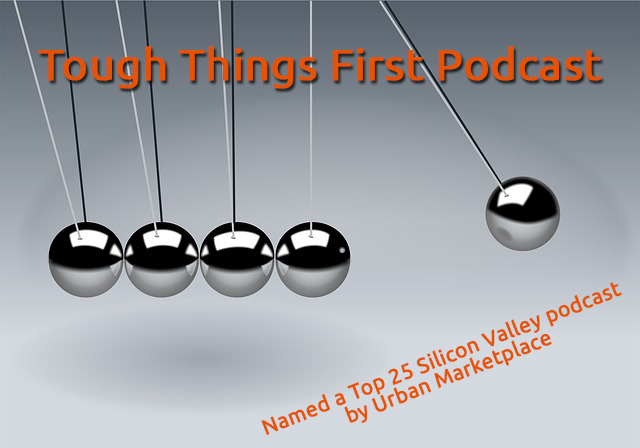 Entrepreneurs are bound to make bad decisions, but it’s how they handle them that is the difference between success and failure. Ray Zinn has seen it all and in this Tough Things First podcast he explains how successful business operators process bad decisions differently.

Rob Artigo: I’m Rob Artigo, your guest host for this edition of the Tough Things First podcast. Hi Ray, it’s going to be back with you.

Ray Zinn: Well, thanks Rob. I appreciate you joining us again today.

Ray Zinn: Okay, well let’s first of all talk about a bad decision. They’re always going to be with us. We’re not perfect as human beings. We don’t have privy information. Decisions we make, if the statistics bear out correctly, they’re only good 50% of the time. It’s like flipping a coin.

Rob Artigo: Yeah, it does. And as an entrepreneur, you have a high profile position, you’re a CEO of a company, and you make a bad decision, sometimes you’re in the spotlight on it. You can get ridiculed for it. Acquisitions comes to mind because sometimes people end up acquiring a company that just ends up being an absolute dud. They did not realize that just soon down the road that particular whole arm of the company would be obsolete. And so you see this and you think, wow, that was a really bad decision. But like you said, it’s how you make the lemonade out of the lemons. Right?

Ray Zinn: Exactly. There is no such thing as a good acquisition, they’re just acquisitions that are controlled. So acquisitions by definition are difficult, and if you are not prepared for it or if you don’t already have it factored in, then it becomes a bad acquisition. So, just assume that no matter what, whether you’re hiring a person or whether you’re pivoting on a particular product or product line, these are all fraught with problems. And so just realize that being an entrepreneur or being in business for yourself is fraught with problems.

Ray Zinn: So you got to keep your hands on the wheel, you’ve got to keep attentive, you got to keep looking around, you got to understand what’s going on. You know, it could be snowing, it could be raining, you could get a lot of traffic, you could have other forms of chaos. And so, the good driver will be able to manage his way through whatever disaster is thrown in front of him. And so, that’s what an entrepreneur is, is that disasters are around the corner and he’s dealing with them. So running a business is like that. It’s controlled chaos is what it is.

Rob Artigo: Are there times when, in hindsight, you look at the situation, you’re saying, “Oh man, that was a bad decision.” But you look back in hindsight you go, “Well, I think that the decision was still the best decision that we could possibly have taken, that the outcome wasn’t what we wanted, but the decision was the right one because anything else would have been potentially disastrous.” You know what I’m saying?

Ray Zinn: Yeah. And marriage is that way. So you could say, “Wow, that was a bad marriage or that was a bad decision marrying that person.” But that’s not a bad decision if you start out looking at the little minor changes that are taking place in your marriage and correct them as you go. Then they don’t become big disasters. I think that probably half or more of the divorces could have been prevented had one of the other members of the marriage partners took action quickly and early, so before it became a disaster. You don’t paint yourself into a corner. You realize you’re about to paint yourself into a corner and you move so that you’re not ended up being in the corner.

Rob Artigo: And I suppose also you want to make sure that it’s a learning experience so that you don’t make the same mistake again. But at the same time, what about the approach of letting it vanish in the past and say, “Look, I’m not going to dwell on it.” The way a golfer maybe makes a bad shot and he’s taken his next swing down the, hopefully it’s not too far off the fairway, but let’s say he’s in the rough and he knows he made a mistake in the last swing. I’ve heard that professional golfers will put out of their mind the mistake from before and say, “All right, this is a new moment. This is a new decision.” They set themselves free from the, I guess, frustration of making a bad decision.

Ray Zinn: Well, that’s what causes people to stop even in moving into a dark room is because they dwell on it. In other words, they can’t move forward. And so if you’re dwelling on the mistake you made, then you can’t move forward. It’s hard to be thinking about more than one thing at a time. And so if you’re thinking about the mistake you made or about the problem you caused, then you’re not going to find a solution. You’re just going keep dwelling on the mistake. And that’s what we talked about earlier is that you don’t wait until it’s a big mistake. You correct it when it’s a small mistake. It’s almost like correcting your swing in golf as you’re swinging as opposed to hitting the ball poorly and then having to correct for it. So, the good golfer can actually correct his swing as he’s swinging. Or we’re playing tennis or whatever else you do, you correct it as it’s happening rather than let it cause the problem and then have to correct it.

Ray Zinn: Well again, that’s professionalism. You can’t learn to correct your swing before you learned. It takes practice makes perfect. It takes time to develop those skills to do anything. Whether it be football, any other sport, whether it be a parent or whether it be a spouse, you learn. And if you stop learning, then of course you stop growing, you stop progressing.

Rob Artigo: And if you’re very young, you’re a college person and you’re maybe participating in the Zen Starter program, have you run into people in the program that have seemed a little downtrodden or they feel like they made some kind of huge mistake and they’re very disappointed in themselves or in something that they did that they seem like they just need to get over it and move on?

Rob Artigo: Yeah. I think that one of the experiences I’ve had in business and in the military for example, is people who feign some competency or that they’ve got a good handle on something, and you can almost see in the way that they’re dealing with it, they just are afraid to or don’t want to admit that they’re in a bad situation because they don’t get it or don’t understand. So to save themselves some embarrassment, they’re willing to take down the whole ship.

Ray Zinn: That’s what a fool is. A fool is somebody who acts foolishly, who tries to ignore the reality of the situation. And as I said, those are the most dangerous ones.

Rob Artigo: Well, Ray, I appreciate another opportunity to join you on Tough Things First, the podcast, and I’ll tell the audience they can reach out to Ray. You can ask questions at toughthingsfirst.com. There are podcasts, there are blogs and links to information about the book, Tough Things First. Also check out Ray’s new book, the Zen of Zinn. Please go to your favorite podcast sources. Well, probably the one you’re listening to right now. Give your rating to help us spread the word about the Tough Things First podcast and I look forward to the next time Ray, thanks.

Ray Zinn: Thanks, Rob. It’s good to always have you on the program.