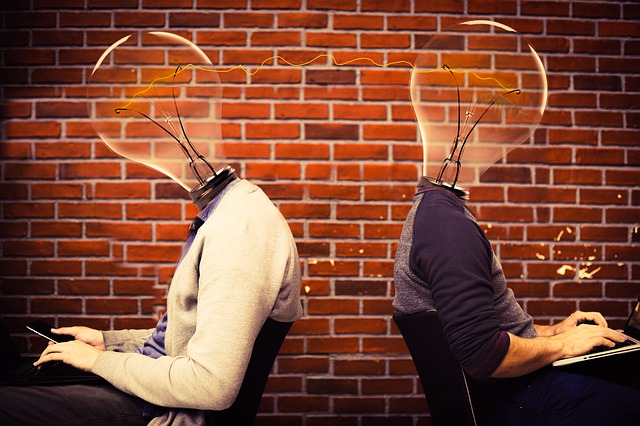 It’s an exciting era in technology. In this Tough Things First podcast, Ray discusses recent breakthroughs that are catching his interests.

Ray Zinn: Hey, Rob. You know, it’s always a real delight to have you on the program. You always have these interesting questions and topics to discuss.

Rob Artigo: Thanks Ray, I appreciate it. It’s a great opportunity to be able to chat with you and I learn something, I think, every time. There’s a company out there, an American company founded by a guy by the name of Graham Dugoni. It was founded back in 2014. It’s called yonder, Y-O-N-D-R. And it was in the news recently because in San Francisco or in the San Francisco Bay area, it’s actually San Mateo, there’s a high school that has decided that they’re banning cell phones, during class time. So when you come into class, every or come to school every day, you put your cell phone in this Yondr pouch and it’s locked and then you can’t use it. I think it’s a Mylar protected, I don’t know the exact details, but what they do, all the students put their phones in there so they can’t access them during the school day. But all the teachers have the unlocking mechanism, so that if there’s an emergency or something and they need to redistribute the phones, they can do that quickly no matter where the students are.

And that was a product that I thought, “Oh, that’s kind of cool. That’s a pretty neat thing.” I also saw recently a friend of mine who works for a security firm gave me this little, I don’t know, if you want to call it a little phone charger, USB port connector. It’s a little thing that looks like a memory device, but it’s not. And you plug your phone cord into it and then you plug that device into whatever you’re going to charge it with and it prevents any data transfer from occurring. It strictly deals with power charging your phone so that if you’re interfacing with a car or a charging station at an airport or something like that, there’s no chance that data will be transferred between the devices. That was an exciting thing that I saw pretty recently as a security conscious person. Are there any trends or technology or ideas out there right now that have gotten you excited and you follow what’s happening with them?

Ray Zinn: Absolutely. In fact, the most recent one was, I can’t remember the name of it right now, off the top of my head, but they are able to replicate the brain to some degree, the entire wafer, 12 inch wafer. It’s a computer and it mimics the brain. In other words, it has the ability to crosstalk. And so each, on the wafer, silicon wafer, that’s how semiconductors are made are on Silicon wafers that are 12 inches in diameter, or can be up to 12 inches. And then they have these little circuitries on them. And so what this wafer is supposed to emulate is the brain. And so, that’s amazing to me because as we can better emulate what the brain does, that means we can now make decisions that are similar to what a human would do. And we can make smarter devices or you can even help a person be smarter or more intelligent.

For example, let’s say you have Alzheimer’s and or some form of dementia, and usually it’s associated with short term memory loss. And so the computer, then can, through sensors and so forth, can then collect what’s going on peripherally in your sphere, then it can help you remember. It can jog your memory as you would because it’s recording that information almost like a movie. And so then it can help you then remember names and faces and also surroundings and so being able to replicate the brain, to me, is fantastic. We already have artificial hearts and other organs that we can get artificially. I understand we can even make them through 3D printing. So, the one part organ that we have that is not as easy to replicate, of course, is the brain, which is the heart of our existence is our brain.

So, if we can replicate the brain or improve the ability to understand and to learn and to make decisions, then how much better off are we going to be. Now, it can also make us be lazy because we’ll rely too much upon our artificial brain as you would, but under the right tutelage and the right way, it’s exciting that we can, in fact, if we can replicate the brain, then we can now get good decisions made and help people who have some kind of brain injury through an accident or through some other form of disease, a stroke. So anyway, that’s what I heard of recently that really has me excited.

Rob Artigo: That sounds like any of these new technologies, there are plenty of them coming out these days. I saw a thing the other day that where they have a device that a person can wear and it’s actually a tail. And what it does is it actually operates the way a tail does for an animal. So, if a person is having trouble walking straight in a straight line or having balance problems, this tail shifts the balance around the person’s center of gravity so they can walk straighter and more steady on their feet. And this is, again, another one of those technologies, particularly for older people. I don’t know how heavy the thing is, but I saw a video of it and it looked pretty fascinating. But when you were talking about this device and how it might help people with cognitive disorders or injuries, that sounds really exciting. If they can figure out a way to interface the two, right? Is there, in what you’ve heard about this technology, have they gotten there yet where they’re able to interact with brainwaves in a certain way?

Ray Zinn: Well, what comes to mind is if a drunk person puts on this tail before he gets out of the car and have be checked for walking a straight line. The poor police won’t be able to catch him. But, in any case, yeah, I’m not familiar with that, but I know how that works. And that’s much, I think, simpler and straight forward then some of the other technologies, I mean that, to me, if there was some way that we can connect up that balance device, I’m not sure it has to be a tail, like a gyroscope, it doesn’t have to have a tail to do it, you could use a gyroscope to help your balance and certainly a artificial gyroscope or not artificial, but a gyroscope that we could integrate or help the body so it stimulates it in the right way to better balance. Sure. Absolutely. It could help people who have a disease where you lose feeling in your feet. Forgot the name of it right now. But where you…

Rob Artigo: Like a neuropathy type of a thing?

Ray Zinn: Right. Yeah, you can’t feel your feet and so therefore, you can’t walk and you end up in a walker or wheelchair. So-

Ray Zinn: So, certainly there’s going to be really great advancements in technology. I know that at the University of Riverside they’re working on vision enhancements. So, people who are blind or diminished eyesight can get decent vision and allow them to function more readily. As well as auditory, we know you can do ocular implants and so forth. So, technology is really going to help us live longer, live better. And so, it’s exciting.

Rob Artigo: We live in a very exciting time. We are, unfortunately, in a time politically where things are very, people are very angry at each other and there’s a lot of division in the country, but at the same time we should be excited about the fact that people who do have vision problems, which is one of the things I was going to bring up with you, but vision problem, whether it’s vision problems, the not being able to feel their feet and those other, some things that need to be addressed are we’re finding that they are being addressed by technology. And you mentioned the implant, the cochlear implant, that’s been around a few years now and a lot of people have literally had their hearing rescued because of a cochlear implant. And that is a technology that is united with the biology of the human body. And it’s exciting. Would you say that that area of marrying technology with the biology of the human being is one of the most fascinating and interesting, maybe most fast moving parts of our environment right now?

Ray Zinn: Yeah. And that’s because back in the fifties and sixties we had transistors, but they weren’t intelligent. In other words, they could power things if you commanded them or hooked them up in a certain way they could perform various functions. But now with the power of the semiconductors, with the computing capability and the sensing capability that they have there, it’s unbelievable. Software becomes now an integral part of these systems. And so, as I’ve often commented, we don’t live in Silicon Valley anymore, we live in Software Valley because most of these companies are software giants as opposed to being Silicon giants.

Ray Zinn: So again, software married with the semiconductor components is really what’s fascinating. It’s going to cause us or have the ability for us to be able to live better and live longer and so forth. So, it’s a combination of silicon and software is really what’s going to, I think, improve all of our lives.

Rob Artigo: Well, thank you for your time, Ray.

Rob Artigo: Find out more at toughthingsfirst.com. Tough Things First on Facebook and the book “Tough Things First”. All of it, that is available on Amazon, by the way. Please check out Ray’s collection of short writings in the Zen of Zen and make sure you take a moment to rate this podcast on your favorite platform.