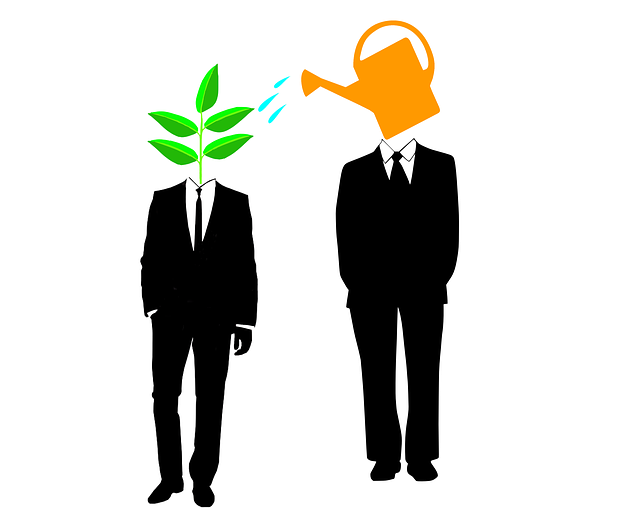 Realistically, how many startup CEOs need mentors? All of them. Ray Zinn, Silicon Valley’s longest serving CEO talks about why mentors matter and how to choose them.

Guy Smith: Welcome back to the Tough Things First podcast. I’m you’re guest host today, Guy Smith. I hope everyone is having a fantastic day. It’s always a good day here in Silicon Valley. Across the table from me, as always, is the longest-serving CEO in Silicon Valley, Mr. Ray Zinn. Good morning to you, Ray.

Ray Zinn: Hi, Guy. So nice to have you here with us today.

Guy Smith: Oh, man. It’s a good day when you wake up and your elbows don’t bump wood. That’s what I always say. I want to talk about mentors. You’re now actively in the business of mentoring startups, and startup CEOs, and founders, and whatnot. You’ve been mentored in your career. Mentoring seems to be one of the missing ingredients for a lot of startups in Silicon Valley. They get some bad advice, occasionally, from friends and family, and maybe even worse advice, once in a while, from venture capitalists. I really want to find out what it is to find a good mentor, but also to be a good mentor. Why don’t we frame this just a little bit. Realistically, how many startup CEOs need mentors?

Ray Zinn: Every one of them, in my mind. Now, when you talk about a mentor, it’s like a guide. I was talking with one of my students, as you would, last night. He was saying, “Well, you’re like Edmund Hillary. You climbed Mount Everest. You’ve done it all. You’ve accomplished all this, and we’re just starting and the bottom, and so we may not be quite as adept at running a company as you are, so we feel this, kind of this distance.” I said, “Well, wait a minute. I’m down there with you. Yes, I’ve been to the top, but I’m down here to help you get to the top. I’m not on top calling you, ‘Hey, come on up.’ I’m actually down here. I’m your guide. I’m gonna lead you to the top.” That’s really what a mentor is. A mentor is a guide. He guides you along the path that you will need to get to the top. That’s the best way I can define the real relationship of a mentor.

Now, sometimes the venture capitals look at themselves as mentors, and maybe they do to some degree, but they’re mainly focused on … By the way, my board’s the same way, the board at Micrel. They’re more interested in serving the investor because they look at that was their primary responsibility is to look out for the needs of the investor, and they tended to not guide me and lead me along, as you would. They were more criticizing me. Certainly, if you’re like a Sherpa and you’re guiding somebody to the top of Mount Everest, you’re not criticizing them. You’re helping them. You may give them some ideas, some correction along the way, because that’s what mentors do, but certainly you’re not haranguing them. A mentor doesn’t harangue. A mentor is a praising, caring, and long-suffering individual.

Guy Smith: Interesting that you use the phrase, “caring,” in there. I perceive, in Silicon Valley, that a lot of people who are acting as mentors, especially hired guns that venture capitalists will bring into a certain outfit, don’t really have a caring aspect to the mentoring that they provide.

Ray Zinn: Well, they think they do. You will never find one that says that he’s not a caring person, but they’re more caring about their shareholders as opposed to caring about their CEO or the team that they’re investing in. We have to be careful that we’re truly trusting and we’re trying to be a viable and helpful mentor, as opposed to just looking out for somebody else’s best interest.

Guy Smith: Well, one of the things I’ve noticed with the mentors that the venture capitalists assign is that they tend to be good technicians. They may be able to tell somebody a lot about marketing, or financial projections, or this, or that, but one of the things I keep seeing in Silicon Valley is this need for humanistic leadership and being a real people person. I’m wondering, do VCs ever find a good mentor that can lead a founder to being a better leader and a better person in the way that they build their culture and really help their employees [inaudible 00:05:14]?

Ray Zinn: Well, the fact that only 1 out of 10 succeed tells me they’re not doing that great a job. My view is that if you do the right job of mentoring, then you should have more like 80%, or 8 out of 10, succeed, as opposed to 1 out of 10. That’s what I think is missing. I’m mentoring a company right now, and I’m also an investor in the company. I told them, “I’m not focused on the money that I’m going to make. I’m not pushing you to sell a company. I’m helping you develop the kind of company that’ll be long-lasting, and if it’s sold along the way, okay, but that’s not the goal. The goal is to try to help build a company.” I’m not focusing on the money. I’m focusing on them, as a person, trying to develop their leadership.

Guy Smith: But if, by focusing on leadership and humanistic management, the money will follow.

Ray Zinn: If it does, great. If it doesn’t, hey, then maybe I didn’t do such a great job in my mentoring process.

Ray Zinn: Well, that’s what’s a board of directors is, is basically a … There’s two kinds of boards. There’s the advisory board, which is usually not considered like a true board of directors. They help advise the company, but what I found about advisory boards is they’re more there to give technical guidance or assistance and maybe help them find people and customers, but they’re not really trying to develop leadership within the company, those kind of advisors. That’s what a board really is supposed to do. When the board is looking out for the best interest of its investors, it’s really trying to strengthen the leadership of the company. That’s the way the board can most help the investor, because a strong management team will given them, at the end of the day, the economic return that they’re looking for.

Guy Smith: How about firing a mentor? Does there ever, realistically, come a time when a startup CEO says either, “You’re giving me the wrong advice,” or, “I no longer need your help”? How do you very tactfully say, “Thank you very much for making me successful. Go away”?

Ray Zinn: If you’re a public company, it’s more difficult to fire a board member, unless they’re on an advisory board, so if you’re not actually an elected office of the company or a board member, it’s easy to get rid of them. When you sit down with them, if you’re not feeling the synergies, the kind of feedback that you feel is going to help you grow as a CEO or an executive, then just say, “Hey. We don’t seem to have the chemistry, and so maybe I ought to look for someone else.” Most people understand that. I mean you can tell when you’re mentoring a company if, in fact, there are synergies there, because the person that you’re mentoring … I’m speaking out to the mentors. The person you’re mentoring actually will be a willing listener.

There’s no panacea, by the way, to running a successful company. There’s a lot of hard work, and a lot of hand holding, and a lot of praising that has to go on in order to develop that leadership. I’m speaking now to the mentors, or the guides, that you have to really have an interest in seeing them grow. If they’re not willing listeners, if they’re not like students who are in a class listening to what’s being taught, then move on, because you’re not going to help them. If there’s not that synergy there, if there’s not that chemistry … There’s not chemistry between all people, we know that, because look at the divorce rate we have in this country. Certainly, a good, willing listener is someone who will take your advice and follow it, and you can tell that in short order.

By the same token, if the executive or the person being mentored, mentee I guess they call him, is not following through, and taking your advice, and moving forward with the growth, then like a Sherpa leading you up the mountain, if he sees that you’re not going to be following the directions and the correct procedures to climb that mountain, he’s probably going to stop right there or take you back down.

Guy Smith: What motivates you to be a mentor, because you’re doing a lot of that nowadays?

Ray Zinn: Well, I like helping people. That’s the bottom line. I get my kicks, as they say, out of seeing people succeed. If I can help someone become a better person, whether they’re somebody that’s an executive or just a family member or a friend that’s having some difficulties, I like to do that. I just plain like to help people. A good mentor has to want to help people without the thought of something coming back to him.

Guy Smith: Well, the world could use a lot more mentors then. Anyway, welcome. I’m glad everyone had the chance to tune into this episode of the Tough Things First podcast. Do go to toughthingsfirst.com. Right up on the top of the website there is a social media bar. You can connect directly with Ray Zinn through Twitter, through LinkedIn, through Facebook. Of course, get a copy of Tough Things First. If you put nothing else on your bookshelf this year, that is the one book to purchase. We will see you next week with another episode.