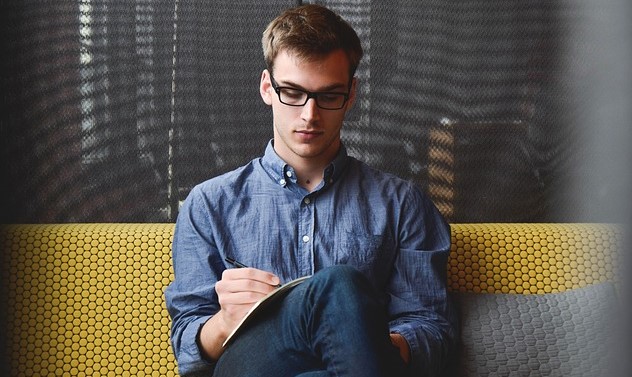 Do founders of startups need confidence? Silicon Valley’s prototype founder tells you so and why.

Ray Zinn: I’m doing as well as I can do.

Guy Smith: Oh man, I enjoy these podcasts just about more than any other part of my week.

Guy Smith: What I want to talk to you about is what I consider to be an interesting ingredient in the successful founder, the successful entrepreneur, and that’s the element of confidence. When you look at some of the more famous CEOs out there, you see all kind of different flavors of confidence, but they all seem to have nearly bottomless self-confidence. So it’s obviously part of the success formula. Why is being confident so important to an entrepreneur, having self confidence?

Ray Zinn: If you don’t have that drive, that self-assurance that is so important in a running your business, what happens is that gets filtered back to your people, and to your customers, and your vendors. They’ll say, “That guy doesn’t know what he’s talking about or he’s drinking his own Koolaid.” So having confidence in what you’re doing is the key to inspiring others. The thing that this is so uninspiring is when someone lacks confidence in what they’re doing, either as a sports person or as a teacher or as a entrepreneur.

Ray Zinn: That’s correct. I mean that’s how you get them to want to just stick with you and move forward is that confidence that you show. It’s almost heroic in nature by having enough confidence that your employees look at you almost like a hero.

Guy Smith: Well, and that probably explains why the founder or the CEO needs an almost bottomless well of this, because there are going to be bad times in business, there’s going to be down cycles, there’s going to be new major competitive threats, which tend to be an assault on some people’s confidence. So I’ve got to imagine that this is a big part of keeping the ship heading in the right direction during all the turbulent times.

Ray Zinn: Yeah, you’re going to have difficult times. There’s no question that every single entrepreneur that I’m aware of, or founder that I know has had tough times. And this is part and parcel to running a company. For every silver lining, there’s also a dark cloud, and vice versa. So we’re going to have hills and valleys and ups and downs as we run our business. And so where your employees need to see your confidence strongest is when things are not going well. And so that’s the time, because they say when the going gets tough, the tough get going. And so, not that you want to be tough, but you want to be confident, and that’s what a drives business to succeed is just having that unshakeable determination to move forward, even in the eyes of disaster.

These various medals in the military give, whether it be a silver star, a bronze star, congressional medal of honor, you’re performing some heroic act above and beyond the call of duty. And so when you’re running a company, as a founder or a CEO, you want to show that almost unbelievable, miraculous performance to your people that no matter how tough the going gets or what problems we run into, you always seem to be able to pull that rabbit out of the hat.

Ray Zinn: Well, Emerson says, “That which we persist in doing becomes easier.” Not that the nature of the task gets easier, but our ability to perform it becomes better or easier. So it’s having that passion and persistence, that dogged persistence that will help you through difficult times.

Ray Zinn: Yeah. If you remember during the 9/11 crises, when the terrorists hit the Twin Towers, the nation rallied. I mean it instead of them, the terrorists causing a problem, causing a downfall in our country, the people became even more rallied. They rally together because we started playing the National Anthem and all kinds of patriotic music, and we started flying flags on our cars and then we got … It just rallied us together.

And so out of disaster blooms a flower. And so sometimes we need a forest fire just to get the forest to rebirth, to grow. And so it takes adversity. It takes a forest fire in our company to actually allow us to blossom. And so don’t shun adversity, invite adversity. I know that sounds strange, but that’s how we grow. As they say, adversity is like manure. It stinks, but it helps us grow.

Guy Smith: Right, and I can see how adversity gets people more on their toes, more alert, more engaged in the process. So for a founder, the adversity causes their leadership and their self-confidence to amp up, and for employees it causes them to become more engaged with all the details and the functional operational aspects of their work. Is that a fair statement?

Ray Zinn: Absolutely. I mean that’s the key. I said back in the beginning, when the going gets tough, the tough get going. So when things go upside down with your company as the CEO or founder of your company, you want to show a renewed enthusiasm or renewed vigor, even more so than you did prior to it. Any of us can perform when everything is going well, when all the roses are in bloom and everything’s wonderful and the sun is out and the sun feels warm and everything’s great, we can all do well. But it’s when things turn, when the storms come, when the snow piles up, when we can’t get across the street, that’s when the real gusto of the individual that comes through because you want to see how people act or how they react under difficult circumstances. And so we need problems, we need challenges. We need these manures in our life to help us grow.

Guy Smith: Well, let’s talk a little bit more about the employees. We already mentioned that the confidence of the CEO or the leader has an infectious process with employees, it helps to make them more self-confident. But what else can a founder do aside from having bottomless self confidence? What can they do to increase the confidence that employees and teams have in themselves?

Ray Zinn: Well, when things get tough, we tend to frown. We tend to have a scowl on our face. We tend to get grumpy and get irritated. And all of us do. Whenever we’re having difficulty, we even may be inclined to swear, “Oh, [inaudible 00:09:33].” We tend to get upset. And so when adversity strikes, that’s the time to be the opposite of that. That’s the time to be smiling and be cheerful and be encouraging and refrain from swearing and becoming irate. Just be even more humble, more kind, more thoughtful, more understanding, more compassionate when things get upside down.

Guy Smith: Well that certainly makes sense. And I’ll tell you one other thing that makes sense to me is that self-confidence is proportional to your belief in your own abilities. And for the people listening in the audience, your own abilities are based in no small part about your insight, your perspective, your education, your knowledge about how to start and run a company. And that’s my segue into saying that you have to get a copy of Ray’s book, Tough Things First.

If you are even thinking about being an entrepreneur, this is required reading because it is a complete, end to end manifesto on what it takes to launch, and to fund, and to lead, and to organize your company and for it to be successful. And just to give you the capper on this, Ray founded his company without venture capital, ran it profitably for 36 out of 37 years. The only down year was a paper write off, so in my mind, he was actually profitable for 37 out of 37. And that track record is unbeaten in his semiconductor industry and it’s pretty much unbeaten just about anywhere.

Ray Zinn: We had several downturns it during that timeframe. What we did when we had those downturns rather than do layoffs, we did salary cuts. In other words, we asked people to take a pay cut. So what I did is that if I asked them to take a 5% pay cut, I took a 15% pay cut myself, me personally. So if I said, “You guys, won’t be able to pay a bonus this year.” I said, “Okay, I won’t take a bonus for two years.” And I just showed them that I was willing to take more of a hit than they had to because I was leading the company. I was the one responsible.

And that seemed to work really well is that whatever they had to do, I doubled or tripled what I had to do in the way of pain as they say. That’s another thought for you. Rather than do a layoff, just do salary cuts. Employees would rather be working for less money than not working at all. But when you do do that, make sure you as a leader take a much bigger hit than they do. I mean a much bigger hit.

Guy Smith: Well, tell us a little bit about that in terms of today’s topic about having confidence. What does this communicate to employees about the leader’s confidence in the ongoing fortunes of the company and the industry and the market that they’re in, that he’s willing to take that kind of a pay cut in order to keep the ball rolling?

Ray Zinn: Well, it’s called sacrifice. In other words, you’re asking them to sacrifice, but you’re going to take on even a larger sacrifice. That shows your confidence in what you’re doing as a leader as well as your company. So I always did that. I mean, ask any of my people that have worked for me for the many years that they did, that if I asked them to take a hit, I took it twice or doubled or triple hit.

Guy Smith: Well, I appreciate that insight, Ray. And for the Tough Things First audience, I encourage you not only to rate and review this podcast and share it with your friends, but be sure to tune in again next week for more wisdom from Silicon Valley’s longest serving CEO.