How to Set SMART Startup Goals at The Idea Stage

How to Set SMART Startup Goals at The Idea Stage
October 28, 2020 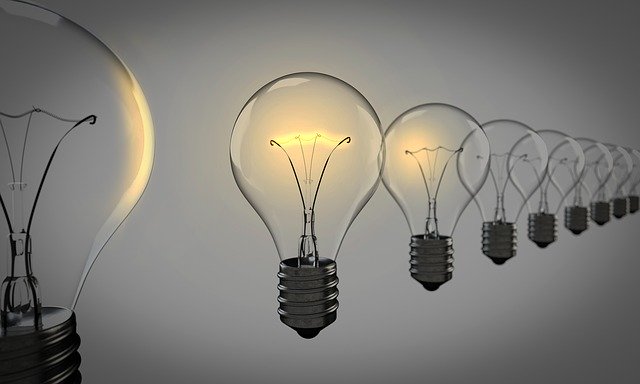 Not all start-up ideas are created equally. In fact, most are doomed to failure.

Are there ways to determine if an idea is worth pursuing before you hit a wall? Ray Zinn, in this Tough Things First podcast, says yes, but it means self-critique and asking the toughest questions in the idea stage.

Rob Artigo: I’m Rob Artigo, your guest host for this edition of Tough Things First. Hi, Ray. It’s good to be back with you.

Ray Zinn: Well, thanks, Rob. I’m glad you were able to join me today.

Rob Artigo: I was reading today about the failure of ambitious bike share programs across China. You’ve probably heard about this, the bike sharing apps out there. We’ve got them in this country too, but in China it was supposed to be a boom because China has been known for bikes for many years. And apparently, the companies across China that had been doing these bike shares are failing.

The story that I was reading says, “Unused bikes are piling up in bicycle graveyards. Cues of angry users are demanding their deposits back.” And it says that, “It’s obvious just how doomed the idea was from the start. The rise and fall of the China bike craze played out like a sped up version of every tech bubble, an unprofitable idea sustained by fantasy, false predictions and the power of bigger firms.”

Ray Zinn: Right. You start out by saying in the article, it talked about the doomed idea. It should be dumb idea. What dooms us or dumbs us down is the fact that we are so caught up, we’re so enthusiastic about what we’re doing that we don’t sit back and think about the pros and cons.

When you’re starting up a company or you come up with an idea, you got to go through what we call the pros and the cons, pros being the reason why you want to do it, the cons, reasons you he shouldn’t do it. And I think that’s what’s missing is that the cons tend to be overlooked. And the cons should be equal in number as the pros.

In fact, what I liked to see when I was running my company, Micrel Semiconductor, was when people brought in their proposal, which is like an idea, I looked to see how many cons they have. And if they have more cons than they do pros, that excites me. Then I thought, “Oh man, they’re really looking into this.” So I’m actually looking for more reasons why not to do it than to do it, because I know that we’re trying to drink our own Kool-Aid. And as a consequence of that, we tend to overlook the reasons why not to do it. So cons of course, are the reasons not to do a particular idea.

So when you sit down and you’re going to start to talk about your wonderful, brilliant, earth-shattering, heart-stopping idea, think about why it’s not earth-shattering or heart-stopping. Find out, “I want to find out all the reasons why we should not do this project.” And I swear to you that I did that religiously when I ran Micrel, as to why not to do it, not why to do it. And that goes back to the concept that I have in my book, doing the tough things first.

Rob Artigo: Back in the Bay Area, I remember, and this is not a tech example, but it is an example of not being prepared for some of those cons, which is the competition. Who else is out there? Who else is in that space? I remember going into a Thai restaurant and sitting down. It was a new Thai place and we wanted to try it out. We were talking to the people who ran the place.

I’m not saying that in these circumstances where there’s somebody else in that space, that it’s you don’t do it, or that you don’t open another Thai restaurant in the same area. Because obviously, you can have two Thai places if the market will support it, and you offer something special. Is my analogy in the restaurant here making sense? Is this something that applies to the idea phase in a startup?

Then after I did that, I went out to some well-known experts in the field, people who were very knowledgeable about our industry. And I proposed to them the idea, I talked to them about what is my plan and the mission, and what did they think? It’s interesting that they were kind of, “I don’t know,” and that sort of thing. I got more negatives than I did positive. In other words, there’s more people telling me why I shouldn’t do it than why I should do it, which I thought was normal. Interesting, but normal.

But I wanted to hear them. And I wrote them all down. I wrote all the reasons down that they said why to not do it. Then I went back and I talked to my partner and I said here’s what I learned. And then he started getting discouraged because they brought up some of the cons that he hadn’t even thought of, or that I hadn’t proposed. But then I said, “But let’s work through them.” Let’s look at the reason why not to do it and see if there’s a reason that we can get around that. In other words, we can overcome that negative, as you would.

And so we would do that. Then we refined it, refined it, refined it. I think I redid that business plan over five times. But I’ll tell you what, if you go to friends, people who are knowledgeable in your particular field and you hit them with your idea and just sit back, and honestly, without arguing, just listening, you’ll pick up a lot of reasons not to do something that you need to overcome. Because you’re going to face those when you actually introduce your idea or your product or service into the field.

Rob Artigo: When you walk up to somebody and you give them the idea, you give them the general concept and you’re looking for feedback, and they do get that negative response or you get the cons, and like you said, some people, like you said, your partner in that situation at one point, he started to feel negative about the situation. It’s like, if you are going to put yourself out there, if you’re going to put your idea out there, first of all, it’s got to be worth being out there because eventually, it’s going to be out there in one way, shape or form. It’s better to know what’s wrong with it before it gets there.

So if you go out there, and I’m talking about young entrepreneurs here, your advice to young entrepreneurs, when they start hearing the cons and they take it as negativity, and they decide or they cower in the corner of, “Oh my gosh, this is a bad idea, and I’m just going to hide from it,” I just feel like with your experience, some people out there might get to understand that they have to learn to take that information and glean something from it. Not to get discouraged and feel bad, but to be realistic and a business professional about hearing the cons.

Ray Zinn: Exactly. In that TV program called Shark Tank, this Kevin, he’s the one that calls them, “Well, you’re a cockroach.” He tries to beat them down. In other words, he tries to discourage them. And he does it not to be a bad person. He’s not really a bad person, by the way. His style is just to throw out as much horse manure as he can to see how you react. If you stammer, if you hesitate, then he knows that you haven’t thought out your idea very well.

I run a program which is similar to Shark Tank called ZinnStarter, that I do in colleges. I have about five or six universities that I have my program in where I fund these entrepreneurs to develop their projects while they’re still in school. So when I look at them and I’m helping the students analyze their project, I do the same thing that Kevin does. I say, “Now, what makes you think that this product is going to be successful?” And by the way, what’s the lifespan? Is this a product that’s going to be here today, gone tomorrow, like the Pet Rock, or is this going to be one that’s going to be enduring? That’s going to last on into the centuries?

I do that. And as I said, Kevin is not necessarily a bad guy. It’s just the way his style is, is just to throw all the negatives he can to see how it bounces off. It’s like bouncing a ball. If the floor is spongy or soft, the ball is not going to bounce very well. What Kevin is looking for is for that hard surface that when he throws that ball at, it bounces right back at him. And so that’s what I like to do is when I’m talking to these students is when I throw them this ball, and if it sinks in it and it doesn’t come back I say, “Then you have a dumb idea.”

In fact, there’s unintended consequences. So by looking at all the angles, all the consequences, chiasmus as you would, look at the of each of the alternatives or ideas that you’re proposing, then you can more likely succeed.

Rob Artigo: I’m going to close this out here with just get some general thoughts in going back to my introduction, when I was talking about the failure of the bike share apps in China. And there’s piles of bicycles filling up.

The words, unprofitable idea, the fact that it’s sustained by a fantasy, we talked a little bit about that in that if you’re in denial about the cons and you brush the cons under the rug, then you’re basically sustaining it by fantasy. And also, you have these false predictions.

So any final thoughts on being smart about setting your goals at the idea stage that help us understand whether or not it’s unprofitable, whether it’s sustained by fantasy? And is it based on false predictions?

Ray Zinn: Well, we’ve covered everything that I can think of. The best thing is don’t drink your Kool-Aid. Don’t drink your own Kool-Aid. Research what you’re going to do, find out how easy it is to get into that business. That’s the problem with China is that it’s so simple. Anybody that can create that app can do what anybody else can do. So the barriers to entry are minimal in that bike thing.

Rob Artigo: Hard to replicate seems to be the words to underscore there. Now, you can reach out to Ray Zinn with your questions at toughthingsfirst.com. You’ll find more information there and podcast, blogs and links to information about the books, Tough Things First, and the Zen of Zinn.

Please go to your favorite podcast source, probably the one you’re listening to now, and give your rating to us so we can spread the word of how great the information here that we provide here at the Tough Things First podcast really is. So well, we look forward to talking to you again next time, Ray.

Ray Zinn: Yep. Thanks, Rob. I appreciate this.