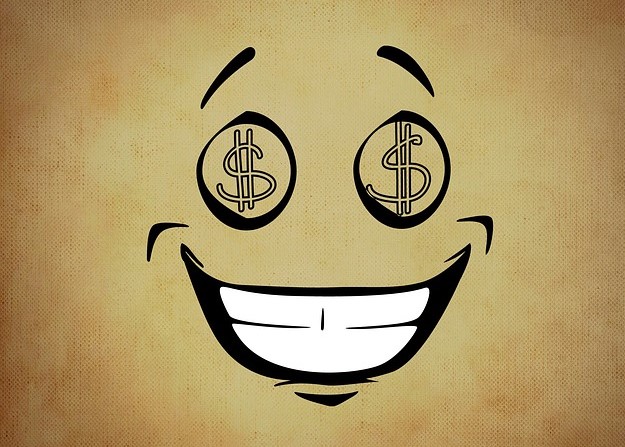 Why do venture capitalists (a.k.a. vulture capitalists) always want controlling interest in a startup? Silicon Valley’s longest serving CEO never took VC money, so he has some keen observations on why the VCs do this and why you might want to avoid it.

Guy Smith: Hello everybody. Welcome to another episode of the Tough Things First podcast. I’m your guest host this week, Guy Smith, and as always it’s a joy to be here. And today a especially exciting for me because we’re going to talk about venture capitalist or as they’re alternately known in Silicon Valley from time to time, vulture capitalist. And it’s a certainly a mixed bag when it comes to investors and startups and we’re going to be of course talking with Ray Zinn, the epitome of entrepreneurship in Silicon Valley. Longest serving CEO in Silicon Valley.

Guy Smith: Good Morning Ray. I trust everything as well.

Guy Smith: Great. Let’s dive right in. Here’s one of the things that confounds me. It’s understandable, but still confounds me about venture capitalists. They tend to love to micromanage their portfolio companies. It seems like there’s almost no detail too trivial for them not to be sticking their nose in. Why do VCs micromanage startups?

Ray Zinn: Well, I don’t think it’s all venture capitalists. I think some do. It depends upon the firm that you’re dealing with. If you’re looking at selecting a venture capital firm, best to talk to companies that they have previously funded and get their reaction as to how that venture fund reacted or interfaced with them. And then you’ll get a real sense of what kind of problems you’re going to face by selecting that particular fund.

Again, I don’t want to cast them all with the same a paintbrush or paint them all the same paintbrush because they’re different. Some of them, maybe because they’ve had some bad experiences with their previous companies that they have funded that they tend to dig right in and they will try to get involved. And again, depends upon the manager of that fund or the one that’s assigned to manage your particular investment. I think it’s not so much that all of them do it. I do believe that some of them do, but certainly not all of them will micromanage the fund, but they do stay pretty close to you and you have to remember that.

Guy Smith: Well, and I think that creates kind of a catch 22 problem for a lot of founders. They need the money, they need the funding, but they also need to have a reasonably free hand at managing their company, setting the foundation of the corporate culture, managing their employees. How does somebody pursue venture capital and still have the ability to manage their own firm? How, aside from the selection process, how do they know the best ways to escape being micromanaged?

Ray Zinn: I think being willing to overly inform them of how things are going. You can surprise them by the level of detail you provide them. Appear very transparent, not, don’t show any willingness to hide or to to dodge. Make sure that your financials are current and that you’re willing to share all the information about how the firm is doing though. That’s the surest way. And actually, over communicating is better than under communicating.

I have a little company that I’m involved with and they under communicate and been trying to work with them on. that just makes it more concerning to me as an investor or disconcerning, is because I’m having to chase them down. I’m having to go after them saying, “Well, where’s the financials or where’s this or where’s that? And how come we’re not holding board meetings and so forth?” That’s the challenge is under communicating and that’s when the VCs will start to tying a tighter rope around the relationship.

Guy Smith: And I guess that’s a lesson to the founders in the startups that are listening, is that lack of communication could also be perceived as the founders hiding something.

Guy Smith: And that would set off alarm bells, I guess for any investor.

Guy Smith: Let’s take a situation where, we have a startup, they have a VC, they are doing a reasonably good job in communicating and managing, but they’re still being micromanaged. How does the founder pushback? How does he say to the investor, “You’re getting in my business too much. You need to back off some,” without creating a longterm relationship problem with the investor?

Ray Zinn: Well, again, it depends upon how micromanaging they are. They are going to, especially if you’re having difficulties in your operation, even though you’re communicating like crazy with them, if you’re having difficulty with your company, they’re going to get in. They’re going to want more and frequent and more detailed meetings. The thing to do of course, is just to give them the truth and obviously if you’re not doing so well, you’re going to see them more often. And in more difficult circumstances so you can be upfront with them. You can tell them, “Hey, I’m having trouble right now running the company and you looking over my shoulder and constantly having me run reports is not helping me run the company.” Just be frank and up front with them on it. That’s a good way of doing it. Recognizing that this could also cause you some problems with them as far as relationships. And especially if you need another round from them.

Guy Smith: I kind of wonder whether this is the reason most VCs really want majority equity in the startup. Does that give them the fear of God leverage that they need to be able to walk in and micromanage on a whim? Does a founder have a better joy of life and less micromanaging if they don’t give up that 51%?

Ray Zinn: It’s not my experience. That has not been the case where because they owned less than, or more than 51% or higher that they seem to have more authority or can exercise more authority. That’s not been my experience. My experience has been that, even if they’re a 10% shareholder. Look at these mutual funds that or hedge funds that are, they’re taking a five, 10% interest in the company and they’re exercising all kinds of muscle to get their point across. You don’t have to be a 51% shareholder to exercise muscles. Even if I say a three or 4% shareholder could exercise that muscle. I don’t think percentage has anything to do with it. Now, because they have 51% that does, gives them some leverage with regard to being able to do change management because they own the majority of the stock. They could, because you do as a founder, you do report to the board and assuming that the board is run by 51%, a particular fund that they could in effect change the management at the company.

Guy Smith: Yeah. And that heart replacement, a heart transplant is never generally a healthy thing for a startup. And to the listening audience, I’m going to tell a little story about Ray and then get his input on this tied to the main topic, but by all means a copy of Ray’s book, Tough things first. One of the first things that you read about Ray in this book is that he launched his company, Micrel Semiconductor without venture capital money. One of the great lessons there, is that there’s always a way to get financed and not necessarily have to do it the same way, everyone else in Silicon Valley appears to prefer doing it. And the takeaway in that is that by searching for funding but in a way that suits your business vision and mission, that you’re going to have a much better go of it.

Guy Smith: And Ray was at the helm of Micrel for 37 years and that says quite a lot about looking towards that approach. Now Ray, when you launched Micrel, you skipped the venture capitalists, but you went to banks and you leveraged yourself to the max to do that. But you did have investors and I assume that in communicating to them, given the rather strenuous covenants that they had placed on you, that that communication, always keeping them up to date about your progress with inside of the framework that they had a defined for you, was essential to keeping them off of your back.

Ray Zinn: In the bank. Covenants they have requirements for reporting and then if you miss that reporting period, then you’re in violation of your covenants and they have the right to call the loan. The banks probably don’t micromanage you to the point that VCs do, but you do have some strict reporting covenants and, and compliances that you have to meet or you’re going to have your loan called. And if you get your loan called, it’s hard to get another loan. And knowing that, but you, and then you have to come up with the money to do it or they’ll foreclose on you.

Guy Smith: And in my mind, that sounds more frightening than a venture capitalist trying to replace me as the founder and CEO of a company.

Well, thanks again Ray, for your insights, magical as always to have this time with you. And to the listening audience, by all means, do get a copy of book, Ray’s book, Tough Things First, and the companion read, his book, The Zen of Zinn. If you’re looking for that more holistic insight into the interrelationship between management, employees, community, and society at large. And by all means, rate and review us at iTunes, Google Play, Stitcher, wherever you get your podcasts from, and join us again next week for another episode of the Tough Things First podcast.