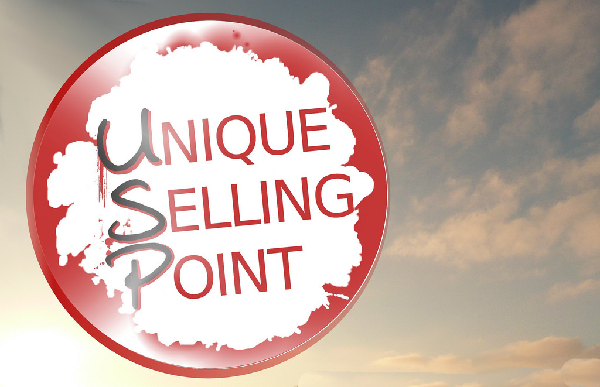 Selling a new product in a crowded field. In this addition of Tough Things First, Ray Zinn gives advice about how to crack the toughest nut in business; getting in the door when your product is great, but you’re new to the market place. Ray considers the question from the seller and buyer points of view.

Rob Artigo: I’m Rob Artigo, guest host for this edition of Tough Things First. I’m a screenwriter and I’m an entrepreneur in California. Happy to be back again, Ray.

Ray Zinn: Well, thanks Rob. It’s so good to be with you this day also.

Rob Artigo: Sure. Consider a business where the product is great. We’ll set that aside. The product is a good product, but the field that the product is being introduced into is crowded. Often times the sale’s pitch can be met with, “I already have a guy who does that,” or, “I already have somebody who provides those machines and I have a relationship with that person.” Help us understand some strategies and I know that you’ve had experience doing this in the sale’s world, is having to go into a market where you’re presenting a product to somebody who already has that product being provided to them, but your product is different, sure. Your product may even be better, but you’ve got a situation where you have to get yourself in the door and convince somebody to try something new. How can we do that in the business world?

Ray Zinn: Well, that’s a challenge because this is not something new, this is not something that’s happened in the last few years. People, again, resist change. When you go to your customer, he’s going to resist change. He’s not going to want to try something new because there’s risk involved in anything new. What you have to do when you go in and visit with him, is not to say, “Hey, I got this new thing.” What you want to do is go in and say, “Here’s how I can save you money. Here’s how I can reduce the cost of your operation.” Don’t try to go in and say, “Hey, I got this new thing. It’s revolutionary.” That’s going to turn them off. The best way is to say, “Hey, I can cut your cost by 20%, or 15, or 30, or whatever,” because it’s got to be something north of 15 or he won’t even look at it. You say, “Okay. Here’s how I’m going to reduce your cost, or here’s how I’m going to get you … Improve your use of time.” It’s got to be significant, well north of 15% either in cost savings, or time savings, or something like that. That’s the way you really open the door.

Rob Artigo: I think of the movie quote, “Show me the money.” Often times, that’s what will cap someone’s attention. As a screenwriter, when I’m out pitching a screenplay or introducing a screenplay to somebody, often times the most interesting thing to them is if they hear in the pitch the very brief, say, two, three sentences of what the story’s about, do they see money coming at them? Do they see money? Do they see finances? What you’re saying is, “Show me the money. When you walk in there, a penny saved is a penny earned.” You’re saying, “Hey look, I can present to you a 15% increase in your revenue from this.”

Ray Zinn: Or a reduction in cost.

Ray Zinn: Somewhere that he’s got to see the value in the proposition. Avoid saying, “Hey, I got the best this and that,” or, “I got the newest, and the latest, and the greatest.” That’s not going to entice them to listen. What you want to tell them is, “This is going to save you a ton of money,” or, “This is going to improve your revenue, or improve your efficiency, or your effectiveness,” and just really keep it sharp and crisp. Do soundbites. Today we’re not interested in long pitches. We like short crisp pitches.

Ray Zinn: It could. I mean, you don’t get something for nothing, so everything has a penalty to pay. I remember getting this Whiz-Bang software package that was supposed to help reduce costs once it was implemented, but the cost of the implementation was really high. What I learned was, is that it took a lot longer and a lot more time and effort than actually the savings was worth. For everything that we implement is a cost, so you’ve got to make sure that the implementation is straightforward and achievable in a reasonable period of time, at a reasonable cost, because it’ll eat up the cost savings just in trying to implement the change.

Rob Artigo: If you’re the buyer, what kind of questions are you going to be asking when somebody walks in? Let’s say they are offering you a promise of a 15% savings on costs, or reduction in work time, and so that turns into real money at the end. What are you asking them to make sure that you are … That they’re providing you what you want?

Ray Zinn: What are the net savings? In other words, there’s a cost associated with putting your system in place, or your idea incorporated into the organization. What does it cost me to implement it, and so what is my net savings going to be once I implement this project?

Rob Artigo: I think of automatically, suddenly I just came to this picture of a solar panel commercial on television. They say, “This is how much it’ll save you from your electric bill.” You go, “Oh, that sounds really great.” Then you find out that really the savings will only kick in after about five years because of the amount of cost that you’re putting in up front. That’s the kind of thing you want to know, is-

Ray Zinn: That’s the exact example of what I’m talking about. They want to make it sound like it’s nothing. I mean, they’ll … “Oh you’re going to save us. You’re just going to get all these savings.” What they don’t tell you is that you’ve got put a new roof on your house, and you’ve got to make some structural changes to beef up the weight of that … Putting the solar panels on. I mean, there are some costs to implementation. I learned that when we changed our driveway from a concrete driveway to a paver that it was not that simple. I mean, they had to tear … Go all the way down a couple of feet and put in a different kind of base system because on a concrete driveway the water just runs off, but in a paver, the water actually goes down through the pavers and so you have to have a way to carry the water off. There was a cost associated with that, that they didn’t tell me about.

Rob Artigo: I call that, mission creep. I had that experience at a major home organization, a big box store, and I went in there and got some help getting an island built for my kitchen. I was doing half the kitchen rebuild one day and hopefully later on down the road I would do the other half. I started with the island, which has a cooktop on it, and has drawers, and storage space, and a nice marble top. What happened was, I got an estimate on how much that would cost and as the time went by, there was like, “Oh yeah, and then you need to get these things that go in here like this and that’s going to cost you a certain amount of money.” “Oh, okay. That’s interesting.” “Then they got to ship it from Florida, so that’s going to cost you another $300.” Then as you go along, you go, “Why didn’t just … This stuff is not a mystery. It should be in the original estimate. You know what I mean? [crosstalk 00:08:39] It’s not something … They didn’t have to invent it. It had to go there in the first place, you just didn’t tell me about it.”

Ray Zinn: I know, they intentionally didn’t want you to know that because that would discourage you, so they’re not going to tell you those hidden costs, as they say. With any implementation, there’s a hidden cost. For example, when we put this new software system in at Micrel the employees were having a difficult time accepting it, because they had to learn something new and that was a challenge for them. Hey, if it ain’t broke, don’t fix it. They just rock along with what they had, and so when we tried to implement it, they were complaining, “This is … Oh, I don’t like the way this interface is, I want … This is taking me away from the way I used to interact with my customers.” They just complain, complain, complain. You got to take that into consideration too, that any time you implement something new there’s going to be some resistance by the employees.

Ray Zinn: You’re welcome. Thank you for taking the time with me today, Rob.