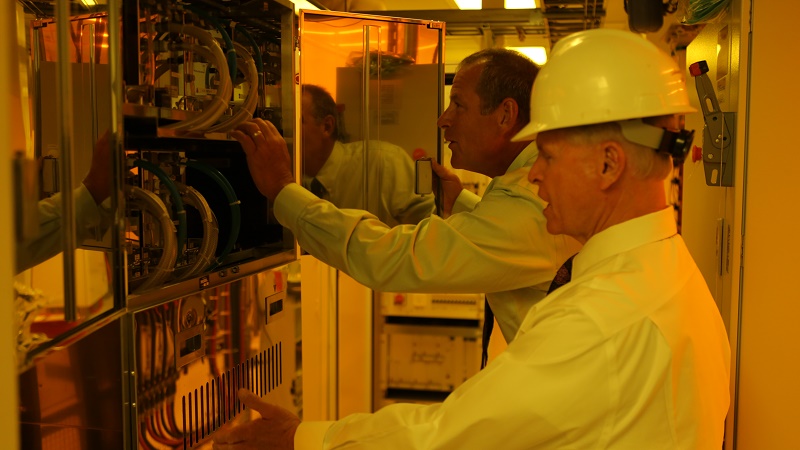 The semiconductor industry is consolidating as it is expanding. This seemingly contradictory situation has an origin, but no end in sight.

I’ve seen this before, having founded Micrel 37 years ago and having been in the semi industry for 50 years. At Micrel, we rode-out many cycles, survived the dot-com imposition (our only unprofitable year), and have seen fabrications facilities (fabs) grow from a handful, mainly in Silicon Valley to more than a thousand scattered around the world. Semiconductors went from specialized chips primarily used by the military, to consumer goods, to ever more powerful yet shrinking IT servers, to putting a powerful wireless computer into nearly every pocket.

The industry is contracting because it grew rapidly. With demand for chips growing, with new device types arriving weekly, but with industry standards driving specialized chips to the margins, the semiconductor industry grows in spurts. It has to endure relatively sudden changes in direction. Micrel rode the consumer products chip wave for a while, and saw many competitors disappear due to seemingly minor mistakes and sudden market changes.

This is just another cycle, though amplified by recent growth history.

Two factors – industry standards for products and shrinking silicon geometries – caused demand to skyrocket and margins to shrink. In high growth periods, especially ones with new markets, more companies come on line to fulfill demand. Once industry standards and competition increases to a fever pitch, margins fall and consolidation begins. It seems impossible that consolidation is starting in this era when the consumer electronics markets – from iPhones, to Nests, to FitBits – is exploding. But the trend will not abate for now. Capacity is larger than even consumers and recovering economies can absorb.

Combine this natural boom/bust cycle with a global economy that has been growing very slowly over the past six years. Since so much of the semiconductor industry is now based on consumer products, growth for all these semiconductor companies has been poor. To grow, to meet the demands of institutional and activist investors, some companies are forced to grow via acquisition, driving consolidation even faster. Between the normal cycle, massive overbuild and economic amplifications, we have a perfect storm for consolidation of this industry.

You will see greater divisions between design and fabrication. Fabs will have the mission of scale, to serve a few billions consumers and the nascent Internet of Things (IoT) markets. Design will become uniquely divorced from fabrication, splitting the market risk. Design firms will survive best by innovation, and fabs through ruthless efficiency.

The question is what comes next? There will inevitably be new markets and devices that will drive a new growth spurt. The IoT is the sleeping giant, but I doubt the only one snoozing.