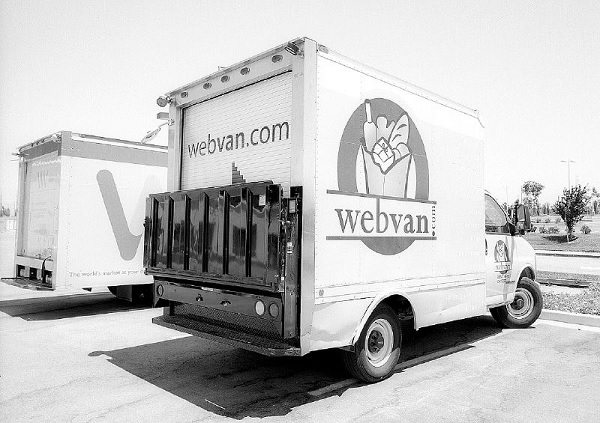 Rob Artigo: I’m Rob Artigo, guest host, for another edition of Tough Things First. Paul Moore is here with me today, he worked with Ray Zinn for quite a long time at Micrel, so it’s exciting to have both of you here to talk about some of these important issues.

Ray Zinn: Yup, thanks Rob, good to be with you.

Paul Moore: 16 whole years, Rob. Oh sorry Ray, I talked right over you but I wanted to remind Rob it was 16 years. Can you believe that Rob? I was a young, squeaky engineer.

Rob Artigo: I’m sure it went by fast, too, like everything does these days. So what are some of the … I’ll ask both of you, because both of you have been involved with starting companies, running companies, even coming up with ideas that not necessarily ever became companies but were things that you thought about doing and maybe got into a planning phase, at least to some extent. But what are some of the major hurdles in 2017 that startups face?

Ray Zinn: Okay, so that’s a good question. It depends upon really what the Trump administration does to encourage new businesses and one of the things that he’s talked about is of course reducing the corporate tax structures, especially for small businesses. So I can see a sliding scale, such that a small business would have even a better tax structure than say a large company. For example, he’s talking about an average of 15, so maybe he drops it down to 10 or 12 for a small company. Or maybe there’s a tax credit that we could get for starting a company. So again, we’re too early in the gestation of the Trump administration to know exactly what he’s going to do, but my recommendation if I were sitting on his advisory board, would be to offer incentives for startups.

In other words, actually encourage … Maybe give them a holiday, maybe give them a three year tax holiday for starting a company or maybe make it easier for them to borrow money from the small business administration. So, there are various things that can be done, I think, to encourage startups. There could be an advisory council that is available through the government to help companies and managing their company ’cause there’s a lot of costs like legal and accounting and so forth, that the small company can’t afford. But if the government would allow them access to these facilities to get legal or accounting advice at no cost, that would help out the small startups.

Rob Artigo: Paul do you see this as clearing hurdles or do you have some other ideas on some hurdles that small business owners face these days?

Paul Moore: I think those are really good ideas Ray has. MIT does that for its graduates. They help some people offer their services as an attorney, for example, for the alumni of MIT. So certainly other people have thought of those ideas and they definitely help. For me personally, I think your question is limited to what the government could do to help. Is that help?

Rob Artigo: Well I was thinking in terms of hurdles in general that startups face, but obviously the government angle is a huge part of that. So I would say it’s broader than that but certainly not limited to government.

Paul Moore: Okay, so I know many very talented engineers out there who aren’t employed. Maybe by choice because they’ve made quite a bit of money and they want to start something of their own. Here’s the hurdle and it’s just bizarre: There’s this huge aggregation happening. All these companies are merging and this company’s buying that company and I’m not sure if it’s really apparent to everybody in the world that’s happening in the semiconductor world, but it should be big enough that people have seen it. You know, Avago buys Broadcom, becomes Broadcom, changes their name. So if you think, okay, you have all this knowledge at designing transistors, why don’t you go off and do it? It takes millions and millions of dollars of equipment in order for me to use my talents and my skills. So that’s very difficult for a person to do on their own. So unless we have the government, I don’t know why I’m turning to the government ’cause I usually don’t, but unless you have some big investor or you find a smaller area within the field to contribute, it’s going to be very difficult to get some of those jobs back, like mine. It’s quite a challenge.

So, I think people are going to figure it out, they always do. The designers that I know are creating chips and they’re going around trying to say, “Hey look, how much does it cost you in the huge company to develop a product?” And this is a complaint that I hear from a lot of my friends that have joined the bigger companies, the huge aggregates. It costs them so much more than it did when they were a small company, so now I’m seeing designers trying to say, “Hey, I have a chip, all you have to do is put your stamp on it, it will cost you less.” So I’m thinking that maybe some of those kinds of things are going to start to happen where smaller, more agile companies that can just provide a design service will work together with a very large company that’s slow and chunky.

Rob Artigo: Ray, let’s talk a little bit about locale. Does it matter where we start our businesses these days? When it comes to tech startups for example, does it really matter, the locale, where we do it?

Ray Zinn: It depends upon the talent pool you need to do it. So if you have a talent pool that’s readily available then you can go anywhere. But that’s not the case. So you have to kind of go where the infrastructure is to allow you to do that start up. If you’re an oil and gas company then you have to go kind of where there’s sources for employees with those skill sets. So it does matter. If you’re going to be just a consultant, then it depends upon the area where you want to consult. You know, we live in kind of a virtual office environment where you can work out of your home and look like you could be anywhere in the world. So from that point of view, it wouldn’t matter.

Rob Artigo: Are there any other hurdles that startups face? We talked about the talent pool, you’ve got to be aware of that, the location can be important as it relates to the talent pool, and also the corporate tax structure particularly as it relates to small businesses. Are there any other hurdles that a would-be entrepreneur should be aware of now in 2017?

Ray Zinn: There’s always the raising of money has been a hurdle but that’s not unique to 2017. If anything the cost of money is going to go up and so we need to be aware of that. And typically a startup raises far too little money to really start your company. I say that if you’re going to start a company, you should have enough money already raised before you start the company to take you to break even. So, most companies don’t do that, they have this grandiose view that revenue is going to happen in a much shorter time frame and it never does. Nothing gets done as quick as you’d hope and revenue doesn’t come in as quick as you’d hope and you run out of money. So you have to control your expenses if you see that your product is going to be delayed or your revenue is being delayed, you’ve got to cut expenses. Otherwise, you’re going to run out of money and running out of money means you’re going to have to raise more money, takes more time, effort, also you give up more of the company. So don’t delude yourself into thinking that you’re going to get profitable within a year or two. So you’ve got to be able to run on empty, as they say.

Rob Artigo: And I think often times, Ray, that the startup culture among many of the young minds, we’re talking just out of college type age group, when they start their business, I hate to say it, but delusion is often comes to play because what they … They often have unrealistic valuations, unrealistic expectations and then they’re pretty cavalier about using terms like “burn rate”, how fast they’re spending money and that sort of thing. But it can be a problem if you’re not realistic and that’s what I’m hearing in that answer.

Ray Zinn: Yes, and the biggest problem that the startups make is that they always overestimate the revenue that they’re going to get and underestimate the cost. So it’s a double whammy and what I would recommend is that you control cost at all expense. Then your revenue, when it happens, at least you’ll be able to survive, you’ll have enough runaway to continue whereas if you don’t, you’re going to run out of money. Most companies run out of money within two to three years.

Rob Artigo: Paul you agree with that?

Paul Moore: Absolutely. I don’t have the kind of experience Ray has but I definitely see those as barriers, I saw my dad create businesses and he would always say, “yeah people never know how much they really need.” That just seems to be what all the older and wiser people have told me through the years.

Rob Artigo: Is there a person that you would recruit onto your team early that can number crunch that sort of thing for you or is that something that you should really rely on yourself for looking at the numbers and making sure that they match up?

Ray Zinn: Well it’s always good to have somebody that will act as a counter to you so that you don’t end up spending … As they say, drinking your own Kool Aid. I had Warren Muller who was my partner and he was a counter to me so that we didn’t get just my view of everything, we also had his view and so it’s always good to have another person, probably a third party that would come in and help you look at what you have so you’re more realistic in your projections and your cost. So, yes, absolutely, get a mentor, get a third party to come in and look over your shoulder.

Rob Artigo: It’s all about having somebody you can trust who can be that balancing board or that somebody who can say something to you that is realistic that won’t hurt your feelings and throw you off your game, right?

Rob Artigo: All right, well thank you again for another great podcast, Ray, we have Paul Moore on the show with us right now and I’m the guest host Rob Artigo, we’ll see you next time.

Ray Zinn: Thanks again Rob, thanks Paul for joining us.