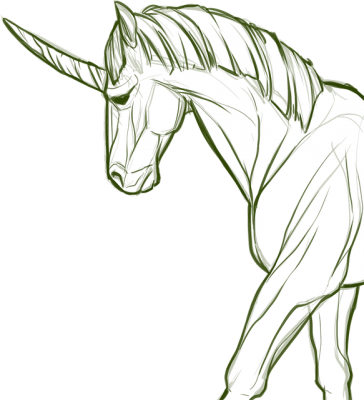 We’ve all heard the term “unicorn” used or overused in tech circles, but what does it really mean? Ray Zinn is back for another Tough Things First podcasts where he discusses his feelings about the unicorns out there.

Rob Artigo: Thanks for having me back. Unicorns. We know that-

Ray Zinn: Well, typically these are the large software companies, that technically, at least according to the PC world, they have to be a billion or more evaluation. And so both in terms of an employee, as well as a company, a unicorn, it’s a word that’s being tossed around to really indicate something’s extraordinary. But in the beginning, when you started the podcast, you talk about mythical. And so if you look at some of these huge unicorns that are like Facebook, and Google, and Uber, and the like, they don’t make any money.

And so it is mythical to see how, to me anyway, and mysterious, how they can have these valuations and not make any money. And so, to me, that’s what a unicorn is. A unicorn is kind of a mythical, mysterious thing that doesn’t really seem to exist, but yet exists. And I don’t know how you exist without making money, but they do. And so that’s, I think, makes them a unicorn.

Now unicorn employees, that’s different, because they’re talking about people who are very creative and very energetic. They seem to be able to do things that no one else can do. That doesn’t sound like a unicorn as far as a mythical creature, because a unicorn is really a horse with a horn in the front of his head. And so I’m not sure-

Ray Zinn: Yeah, I don’t know how that, that doesn’t sound like a very sophisticated animal like Mercury, he can at least fly. It’s a horse with wings, I mean, at least it can get up and move around. Whereas the unicorn, all he can do is jab somebody with his horn, I guess. I don’t know. I mean it doesn’t make a lot of sense to me. It’s kind of a catch word that’s been kind of associated with these large software companies-

Rob Artigo: I was reading an article, and this is how one company defined, or one article, I should say, one article defined unicorn employees. “Staff who possess a unique set of qualities that make them extremely rare and valuable,” and I think that’s kind of the unicorn thing. They say, “They’re hard to find, but once hired, they offer up enormous benefits in the workplace and can take your business to the next level.”

So there’s this expectation that somewhere out there, there’s not just a person who will work hard, who has knowledge and a background, who has the drive, but is magical and will do things for your business that no human being could really be expected to do.

Ray Zinn: Yeah, but I don’t know that a unicorn is magical. I mean, I don’t know of any Greek mythology associated with unicorns that make them magical.

Ray Zinn: And so you talked about valuable. I don’t know how valuable a unicorn is. I mean, in terms of an animal. Again, Mercury could fly. He was a horse and he had wings. And, to me, that’s kind of magical if you can take a 1,200 pound animal and put wings on him, and let him fly. I mean, that’s kind of interesting. But a unicorn, who just runs around with a horn on his head, it doesn’t sound very magical to me. I mean, I don’t know that I’d even be particularly impressed if I saw a horse with a horn on his head. Maybe call Dr. Pol and have it removed or something, but it’s not, in my mind, an animal that exhibits a lot of magical characteristics.

But what they’ve done, they’ve taken these companies, and they’ve given them kind of a magical, “Look at the magic that these companies have accomplished.” And I’ll tell you what the magic is. The magic is that they make no money, they make no income, and they have massive revenues, and so that’s somewhat magical. I mean, how can you have all these valuations, I mean monstrous valuations, and not make any money? Back when I started Micrel in ’78, Wall Street, you couldn’t even go public unless you were profitable for three quarters.

Ray Zinn: So if they had the same requirement today in 2018 for a company to have three quarters of profitability before they went public, you would have hardly any of these magical unicorns go public, because they don’t make money. They lose money. And so instead of measuring a company’s value based on its earnings, they base it on revenue. And, to me, that’s the only magic that I can see, if you want to call it magic.

Rob Artigo: Well, we live in a time, of course, it’s been like this for maybe the better part of two decades and beyond that, really. Think about the dotcom bubble and that sort of thing. But when something bubbles up in the lexicon, like the term unicorn, people start to use it and they start to overuse it, and then it becomes a thing. And then what happens is, somebody, a young person getting into creating a business and has got a startup going, starts to get this mindset that, and we’ve talked about this in terms of we need to find people who are between the ages of 19 and 25, or something.

That’s the only way we’re going to succeed. We have to have those people. Or, in this case, somebody getting it into their head that we need to get hundreds of applications from the best employee, the best possible employees across the Bay area. And then what we have to do in there is find that unicorn, find that unicorn. Is it a mistake for an employer to look for the unicorn in that, the needle in the haystack amongst all those people?

Ray Zinn: Well, I know in football that you need a good quarterback. And so there are all these pro teams and college teams, for that matter, are always looking for this magical quarterback. This unicorn quarterback that’s going to take them to the top. So we know that in football, that if you lose your good quarterback, you drop off the list. And so, but in a company, to find a unicorn, you don’t find them on the outside. You find them on the inside of your company. Because if they’re on the outside, it’s unlikely you’re going to be able to attract them, number one.

Then number two, they’re going to want a lot for their value. But look for the unicorns within your company. And again, I’m not in favor of the term unicorn because it sounds too much like a corn on my foot, that I think that as you pointed out a few minutes ago, that the term unicorn is overused and really doesn’t really in a comparable way, doesn’t have any real merit or value. But that’s what we’ve attached to it, and so people just refer to these guys as unicorns.

Don’t forget a billion in value, or I’m sorry. A billion in revenue is the breakpoint to be called a unicorn. You can be a unicorn-like, or you can have no revenue, or hardly any revenue, and make no money, and people call you unicorn, because that’s really a unicorn. A unicorn is a company that has sales without any income. Or, without any earnings.