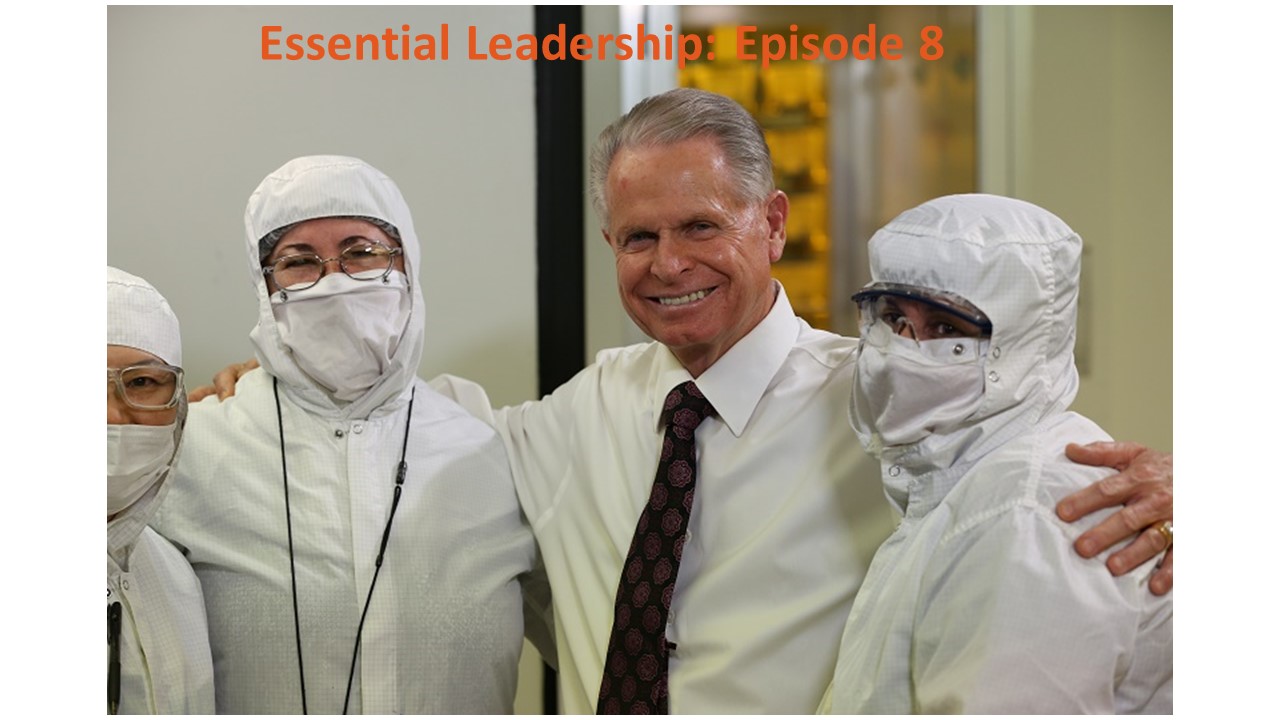 Successful leaders establish trust with their clients, customers, and employees. It doesn’t stop there.

Part 8 of our special series on Essential Leadership, Ray Zinn discusses why trust is a priority, the signs a leader has failed to build trust, and how to reverse that failure.

Rob Artigo: Welcome to a special edition of the Tough Things First podcast, as we continue Ray Zinn’s series on Essential Leadership. This episode is episode eight on building trust. I’m your guest host, Rob Artigo. I’m a writer and business owner in California. Hi, Ray.

Rob Artigo: I’m doing very well. Thank you for asking. So Ray, what does it mean to build trust with the people who work for you?

Ray Zinn: Well, at the heart of a relationship, I don’t care if it’s husband or wife, if it’s friends, if it’s your employee, trust is at the heart of a relationship. And so when we think of trust, we think of something that has a higher level. It’s devotion. It’s kindness. It’s in terms of being trustworthy and honest and ethical and all those things wrapped up into what is trust.

Rob Artigo: Well, I think about the fact that people make mistakes and that could shake somebody’s trust in your ability to get a job done, but they may also recognize that it was a mistake and be forgiving about it. But if they find out that you had a failing, you didn’t do something the way you said you were going to and you did it intentionally, how long does a failure of trust like that last?

Ray Zinn: Well, again, trust is built on devotion, in other words, loyalty. It’s compassion, empathy. So if you say one thing and do something else, you say, do as I say, not as I do, that’s not building trust. When we look at our current relationship in the government, we’re losing trust because people are not doing what they say they’re going to do. They say one thing and then they do something else, and that causes us to lose trust. And so, no matter how much love and compassion and empathy you might have, if you don’t walk the talk, then trust is going to suffer.

Rob Artigo: Yeah. You could lose trust and you can lose faith. Is there a difference between faith and trust?

Ray Zinn: Well, they’re similar. Faith is the absence of knowledge in something. In other words, you don’t know something in advance and so therefore, you have to rely on faith. Trust is more absolute. It’s that function of just humanity, as you would. We all make mistakes. We all have frailties and foibles, as you would. If you cannot rely, if that person’s not reliable, if they’re not loyal, if they’re not dependable, then it’s hard to build a trust.

Rob Artigo: As a leader, what are some of the signs you might see if you failed to build trust among the people who are working around you?

Rob Artigo: Does that come down to really being honest with yourself about what you’re doing? You have to be aware of how you’re presenting yourself. And we talked about demeanor and the way you dress and behave in your role as a leader, but you really have to be self aware don’t you?

Ray Zinn: I mean, honesty has to be part of your repertoire, your habits. Being truthful is walking the talk, and ethical is doing what’s right when no one’s watching is what ethics is. But at the heart of trust is honesty, integrity, dignity of every individual, that’s irrespective of their position or status. So you want to make sure that you really are a man of your word. In other words, what you say and what you do are synonymous.

Rob Artigo: How do you reverse that when you’ve discovered that your behavior has been counter to that, what you’ve just described there? That your behavior had long been counter to that and you’ve tried to make some changes, but you found that you have sowed so much mistrust among the people around you that they’re not really willing to give you a break. How do you then reverse it if you’ve actually had a true change of heart and change of personal nature?

Ray Zinn: That’s very difficult to do because as they say, one rotten apple spoils the barrel, so that one deed of breaking that trust will ruin a whole host of wonderful things. You could be a real competent engineer, a real competent numbers man, as you would. You can be good with customers. You can have all the other wonderful attributes of a leader, but if you lack trust then that’s kind of the underpinnings of your character and it’s hard to cover that. You can’t cover that one with all the host of wonderful things that you do.

So if you’d have suffered from trust, then you have to rebuild it slowly. The first thing you do is, of course, apologize. And then we have to follow that apology up with a statement that you recognize that what you’ve been doing is wrong, that you take full and complete responsibility for that action. And then you then make recompense. In other words, you try to say, okay, how can I make it right with you? And so you come up with how to make recompense, and then you just don’t repeat it, and you don’t do it again. It’s that repentance process you have to go through to clear up that trust issue.

Rob Artigo: Is it true that time, as they say, heals all wounds in a circumstance like this?

Ray Zinn: Not really. We look back on some of the leaders of this country and we still remember them. We still remember that problem that they had on trust. And so, trust is a lingering thing. And if you have a trust issue where you’ve degraded your ability to be trusted, you better work on it immediately because that’s going to haunt you forever. I mean, it may come up in 15, 20 years from now.

Rob Artigo: Well, I imagine it’s infectious. So if you’re building trust, the people around you will see that example and further solidify that trust, but if you’re failing to build trust by constantly going against the principle that you need to build trust, then that’s going to be infectious too. And then you’ll end up having potentially a completely dishonest company.

Ray Zinn: That’s exactly right. So as a leader, if you’re not trustworthy at the top, as you would, then you can’t expect the people below you to be trustworthy.

Rob Artigo: Yeah. And I suppose your culture in your company has to be one that if somebody in the leadership and I don’t want to name names, but Enron comes to mind, if you end up having somewhere in the leadership chain, somebody devising a plan that is clearly unethical and doomed, but you go along with it because, oh, you think this is just what I’m supposed to be doing because I’m an employee of the company. So then now you’re complicit in what’s going on. And it seems to me that you have to be a person willing, also, to recognize when somebody above you has failed so miserably that you need to extricate yourself from the situation and just get away from that toxic environment.

Ray Zinn: Yeah. Otherwise, you’re going to be tainted with it. Trust is right at the heart of really who you are as a person.

Rob Artigo: Yeah. Well, we have a lot to talk about, and I think in the next episode we’re going to talk about integrity as leaders. And a lot of that’s going to be examples of communication and talking the talk as we chatted about here, so to speak. We do have a lot more, and we have episode nine coming up. We’ll close out with a review in episode 10, everybody stick around. Thank you for your time listening to the Tough Things First podcast in this series, Essential Leadership. Join us next time for episode nine.

If you’re just joining us though, not to worry, you can go back. We’ve got episodes one through eight that are already there, uploaded and ready to go. Go back there and listen to those other podcasts. Any order you want, they’re not in any particular order. And each episode is self-contained, so go ahead and listen to them. Find out more at toughthingsfirst.com, Tough Things First on Facebook and LinkedIn, the books, Tough Things First, the Zen of Zen and the Zen of Zen two and the upcoming Zen of Zen three. Put that on your wish list. Make sure to take a moment and rate this podcast on your favorite platform. Thanks again, Ray.

Ray Zinn: Hey, thanks Rob. Always good to be with you.