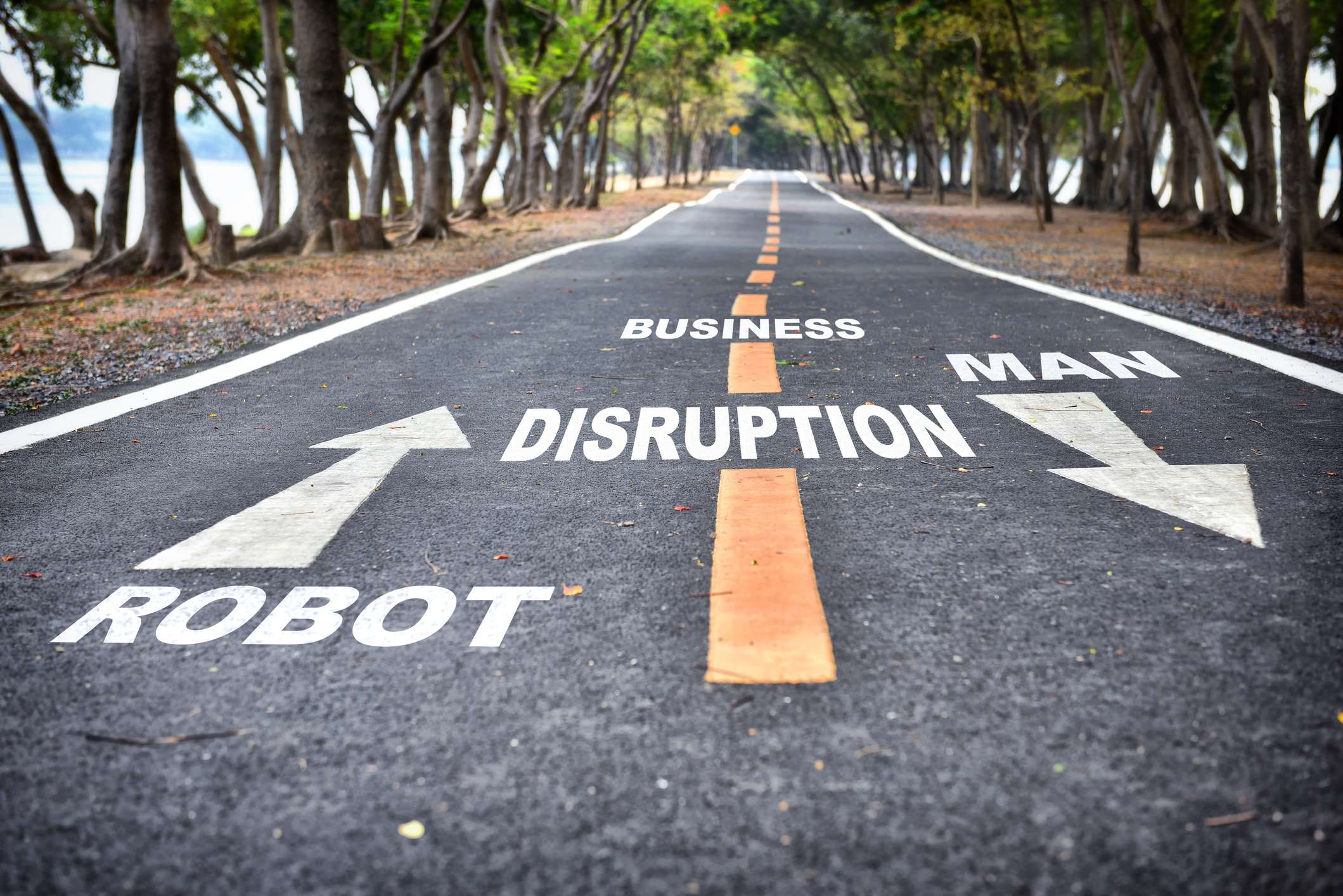 A calamity can be home grown, natural, or an attack like 9/11. Effective business leaders know how to overcome adversity and restore robust optimism. In this Tough Things First Podcast, Ray Zinn explores how to reignite a business after unexpected and protracted calamity like Covid 19. Beyond the financial.

Rob Artigo: I’m Rob Artigo, your guest host for this edition of the Tough Things First podcast, where I get a chance to talk to Ray Zinn, as noted, the longest serving CEO in Silicon Valley. And that’s for good reason. Hi Ray.

Ray Zinn: Hello, Rob. Welcome back to the number one podcast for business.

Rob Artigo: And we’ll talk about that later on because I think it’s important that we get people to go to their podcast platforms and rate the podcast, so it stays number one.

I recall on a past podcast, this great series of podcasts here, you talked about how downturns were inevitable, and you should always expect them with your business. You did things like make sure you always had a certain amount of operating capital to weather any storm that might arise. But what happens if that storm is financial, but also political, personal, painful, spiritual, and prolonged, all at once, like it was with COVID. Have you seen anything like this before, Ray?

Ray Zinn: Oh, yes. We’ve had what they call the perfect storm before. Every one’s unique and different. We had that big downturn in 2001, after the Y2K, as they called it, debacle.

Ray Zinn cont.: And we’ve had other significant storms of 2008 with the financial crisis. So there’s always going to be a crisis, not that you should fret and stew over it, but you got to know that over time you’re going to run into a crisis. When I ran Micrel from ’78 to 2015, we went through eight downturns and they were all crises. There was a crisis actually, sometime around mid-2005, somewhere in there, we had the SARS problem, which was like, COVID. It started in China. So it was terrible. It was again a virus, and it did shut down a lot of businesses.

So, the COVID is not the first time. SARS was a big one. And I went right through SARS. It was a terrible one. And I went through 2008, which was a financial crisis. That was a tough one. You’re going to have these downturns about every three to five years. And they’re there and you just can’t… You can’t avoid them because they’re part of just, as they say, as the world turns. So being prepared… That’s a scout motto. Being prepared is crucial in running a successful business because you’re going to see these perfect storms as they call them every three to five years.

Rob Artigo: We had a downturn in the economy, but we also had the terrorist attacks and that was calamitous and really rocked things for us. So let’s talk about though… And you’re operating a business that’s had to weather a storm like this, it’s been so unexpected and protracted calamity, so to speak. I imagine that people, they get spread out, they’re starting to work from home, there’s some lost dynamics there. Can we bounce back and overcome adversity in a business environment where we’ve had such a long period of struggle?

Ray Zinn: Well, again, the crisis that you’re in is the worst crisis you ever had. So that’s always the case. Like when you get sick, this is the worst sickness I’ve ever had because you’re sick. So right now we’re in the midst of this protracted pandemic and it is beginning to wear thin. Now, for every action you have in one direction, you have an equal and opposite in the other direction. That’s Newton’s first law of physics. And so we’re working really, really hard at getting out of this pandemic. Normally a crisis lasts between one and a half and two years. Every single crisis we’ve had, or cycle we’ve had, has lasted a year and a half to two years. And so we’re getting to that point of this COVID pandemic.

And I suspect this is going to… We’re toward the end of it. Now, will we still have the COVID viruses around? Yes, we’re going to, but we’ll get used to them. In other words, it’ll just be part of our existence as you would. The symptoms are becoming less and less, so that even this Omicron is not as severe as the first one, because our bodies begin to adjust and we’d be able to learn to accommodate these viruses, and they’ll be treated almost like the common cold. We will get a cold or we’ll get the flu or whatever, and we’ll be sick for a few days or a week or whatever, and then we’ll recover.

Same thing with these business cycles. We will get through this one and then we’ll be on to the next one. And the next one of course, looks like controlling inflation, which is not… It’s not a virus. What is a virus in a sense of the word that it’s affect us, but it’s not a medical problem, it’s a financial one. And we got to deal with that one. So there’s always something that’s right there that we have to deal with and fight through. And we will, because like a Newton’s first law of physics, for every action in one direction, equal and opposite in the other. We fight hard to overcome whatever obstacle that we face. That’s why I said that most cycles last a year and a half to two years.

So you can count on when you end up in a crisis as you would, that you’re looking at a year and a half to two year to get yourself out of it. So that’s why you need the financial resources to be able to hold you during these crisis times. So that’s the key to weathering the storm is having the financial wherewithal to do that.

Rob Artigo: Well, there’s also the storm that occurs personnel wise, and there is shake up with the great resignation and hopefully that didn’t happen in your company. But if it did, you’re struggling with filling personnel and filling some spots to do work, but also that the cultural dynamics may have changed and altered a little bit, because if people have gone through so much personal trauma recently, and in over a couple of years… Prolonged trauma, then there may be some trouble with optimism. And a good strong business is going to have an optimistic team. And I suspect some businesses are going to need to restore that robust optimism. How do we do that in a business environment?

Ray Zinn: Well, I just talked about that, Rob, actually. I said that the crisis you’re in is the worst crisis you’ve ever had. And so you just know that in most cases, when you get sick, there’s going to be a peak. In other words, your body is going to be the sickest and then you begin to recover. And then the more you recover, the more optimistic you get.

So people by and large want to be optimistic. They want to be happy. They want to have a good life. And so, as now we come to the end of this pandemic cycle, optimism will regenerate and hopefully that’ll help us fight this next problem of inflation. So, we will work our way through it. And our optimism will build as we get better, as we start feeling better, because that’s the natural feeling that we all want is to know that there’s light at the end of the tunnel and it’s not a train.

Rob Artigo: What are you telling your staff then? Put your managerial hat on… Your CEO hat on, and talk to your staff and tell them what it is that you think they need to be conveying to the people that they are managing so that they can boost the optimism, so that they’re spreading that knowledge to the employees, that the sun will come out tomorrow, so to speak?

Ray Zinn: Annie. So it’s like, going back to the pandemic example, if you have a healthy body, then you don’t worry about the pandemic or the virus. It’s the people who are not healthy that are the ones that end up in the intensive care and end up possibly passing away. So it’s the unhealthy companies that have a problem. So what you need to convey to your employees is that you have a healthy company, meaning we’re strong, we’re healthy, we’re good. And that’s the most important thing is to promote that health.

Rob Artigo: Yes. Removing the uncertainty that may be bothering them. They think, “Well, maybe I won’t have a job, that maybe the business will close down.” If you can delay those fears, then you’re going a long way to restoring some optimism.

Ray Zinn: Yes. And it’s like, when I talk to my bankers about particular portfolio stock and so forth. And what they will say is, “Oh, the fundamentals are good. So I’d hang onto it. I wouldn’t dump it right now because it will improve.” And just looking at the stock market recently, you can see that it really tanked in January, but it’s coming back in February. And it will improve… What the middle of February, it’ll get better. And we’ll be back out of that doldrum first course down cycle that we normally have every year.

Rob Artigo: So Ray, before we close out the podcast, you’ve got a new book coming out. Tell us about it.

Rob Artigo: Is it safe to say that there’s some optimism in there?

Ray Zinn: There’s a lot of optimism. Every single one is optimistic. And so that’s the name of the game. If you need some optimism, read my books. Not book… Books.

Rob Artigo: As always, you could reach out to Ray Zinn, with your questions at toughthingsfirst.com. Continue your education there at the website. There’s ongoing conversation, there are podcasts and blogs. And you can find links to all the social media out there for Ray Zinn, and also links to the books that we were just talking about.

Ray Zinn: You’re right, Rob, and help us be number one.