The Evolution of Semiconductor R and D 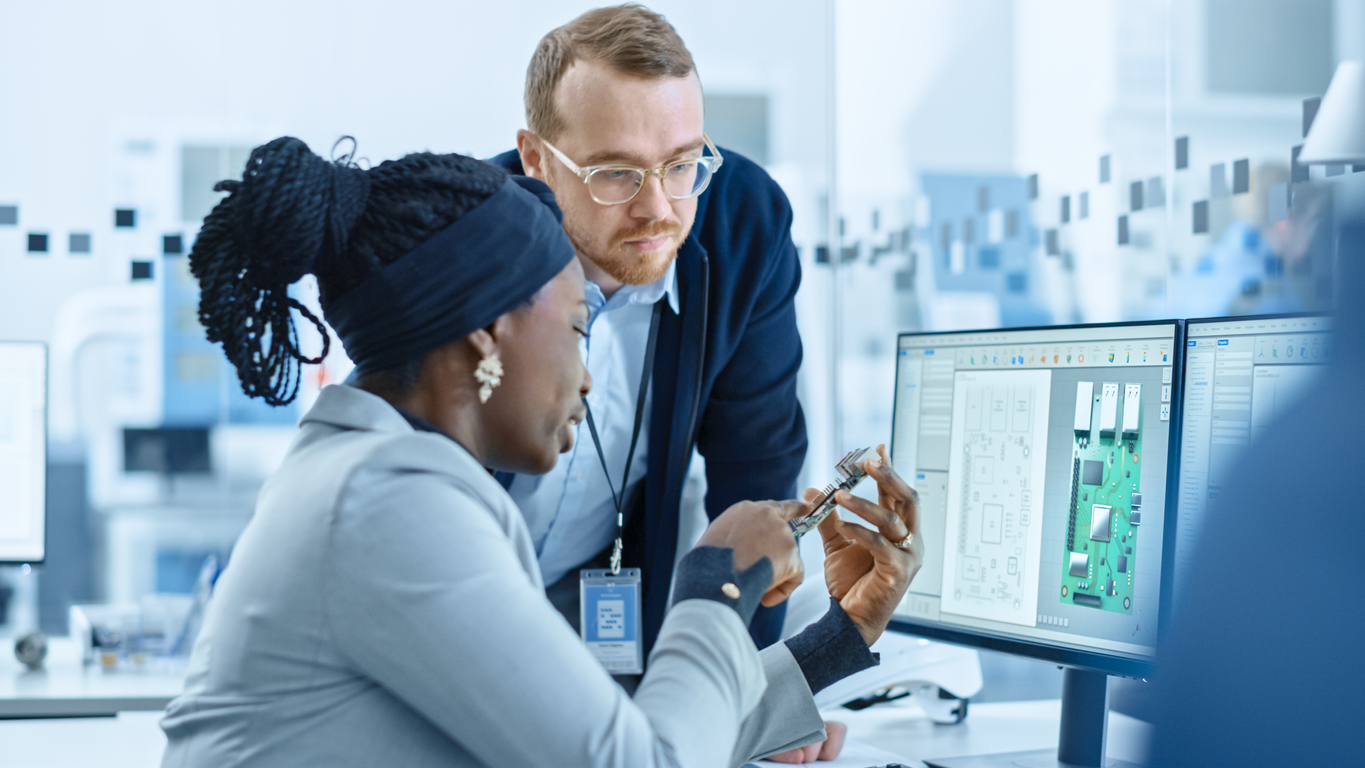 It’s the technology that transformed nearly every aspect of our lives and holds the promise of a totally unpredictable future. But it started out humbly enough with cloudy skies, murky waters, and no clear path ahead. In this Tough Things First podcast, Ray Zinn talks to industry insider Robert Quinn about the paths forged and discoveries won.

Ray Zinn: Welcome to another fantastic Tough Things First podcast, we’re here talking to Robert Quinn about the fantastic semiconductor industry. Probably the most important industry in the world. At least the technologies is probably one of the most important in the world. And wars are going to be fought over that. I see going forward, I’ve invited Robert Quinn. Who’s a good friend of mine. I’ve known the industry for a number of years to join me. We’re going to talk about how R and D has changed in the industry over the last 50 years. So Robert welcome.

Robert Quinn: How you doing, Ray? It’s great to talk to you.

Ray Zinn: Well, I’m glad to have you here. So let’s jump right in. Let’s talk about how R and D has changed.

Robert Quinn: R and D has just been the investment has been well paid for. Companies such as TSMC have the last areas that everybody knows, TSMC has invested heavily into a lot of R and D. And moving into these smaller nodes and utilizing the EUB equipment. And we’ve seen these R and D investments extremely pay off very well, as they’ve been able to master these going into the smaller nodes of down to three nanometers they’re talking about now. But definitely into the five and seven nanometer technology. But it’s been amazing watching the changes, how the changes in other countries and other companies. They’re finding out that maybe they need to invest a little bit more in R and D, I think anyways. Yeah, because leading the R and D has found to be one of the top things right now within semiconductor industries.

Ray Zinn: Well, you’re talking about process R and D as opposed to design. So in that venue, back in the early sixties, let’s say, talk about 60, 61. Our R and D plant was in Palo Alto at Fairchild. And to put the R and D plant together, the little facility, it was probably no more than 3000 square feet was the R and D room, or the little fab that we had for R and D in Palo Alto. And to put that fab together, it cost us around a million dollars to put the whole R and D fab in, at Fairchild back in the early sixties. And here we are now talking, it costs hundreds of millions of dollars to have an R and D fab put in the industry. Along that line, Robert, without the new tools that are going to be available, the R and D won’t go anywhere.

So because the industry’s tools change every five years. So if we look at restricting the tools to countries that we would look as being hostile to the United States, we can, we can restrict the R and D development by virtue of just limiting the availability of the tools that will be necessary to develop the next technology in five years. So if the US government or other friendly governments can put the halt to these process tools being able to be sold to these hostile countries, we can stop their technology development in nothing flat. Just because in five years the technology will change. And so we have the ability to control the R and D in the world, in the friendly part of the world, if we can stop these tools from being exported to these hostile countries.

Robert Quinn: Yeah. Right now there’s a lot of sanctions and different government sanctions being implemented in how they’re sharing the technology.

Ray Zinn: Yeah. But I want you to know that it only takes five years, so we can literally jump ahead if we can stop these tools from leaving, being exported to these hostile nations. Because even if they were able to get their hands on the new tools through other sources, it would still take them several years to develop that technology just to get to the point where we are in that timeframe. And then of course we’ll be jumping ahead to the next technology. So I really see that the US can, and other friendly nations can, stop the export of our technology if we can stop the tools from being exported. That’s my view.

Robert Quinn: Definitely. Definitely. I think there’s a lot to being in the leader within R and D I think even other countries such as Putin has brought to attention that the next leader of technology will be the leader of the world. And so R and D kind of definitely makes countries, or makes them or breaks them. That’s for sure. And I think we’re in quite a technology race right now. And to be able to, for within the nations, I call it Silicon nationalism. It’s a bit of race for technology and the R and D to be within the country, and trying to develop that R and D and making it happen.

Ray Zinn: Well, I can remember in 1970, no, excuse me. In 1987, I think it was maybe I’m wrong. Let me think now again. Maybe it was in the early Eighties, sometime in early Eighties, when the wafer stepper, they went to Germany to Siemens. Then that ended up in Austria, and then that from Austria went to Hungary and then Hungary to Russia. And so it took them 10 years for them to be able to have access to that stepper technology.

And in fact, one of the engineers that worked for me at Mycrell actually, we used the stepper that I developed in Hungary when he was just a young engineer in Hungary before it ended up in Russia. So it takes at least 10 years to develop a piece of hardware from even if they have one to copy. So I think for those who of you who are listening to this podcast, if you can show your influence, get ahold of your congressmen, your senators, and just really implore them to restrict the technology and the equipment from being able to be exported out of our country. So that we can preserve this very, very valuable technology.

Robert Quinn: And being able to also work with other nations, I think, is incredibly important as well. As far as our friends that are at play, that are Taiwan and other countries that are even steps ahead of us in the development of their, and utilizing bringing the nodes down and bringing in the new technology in.

So let’s jump into design too, because that’s changing quite a bit. And then we’ll end this podcast. So in design back in the day back when I was getting my degree, at double E, you didn’t have to have a programming class. But today’s students graduating from College and double E have to have a programming class, because almost all of the semiconductor circuits coming out do have memory and processing capability. And knowing how to program them is key to developing these new circuits. So that I see as a different in trend too, is that we’re getting more and more memory and processing circuitry incorporated in the design of almost every single semiconductor. So the need, or the technology education has changed over the last 50 years also, Robert.

Robert Quinn: Yes, definitely. A lot of the equipment on the tools has changed. We’ve gone from the PLCs, I’m sure you were familiar with back on tools back in the day. And a lot of those have changed and some of them actually stayed the same. But they’ve gone from process logic controllers, easily programmable process logic controllers to super complicated equipment that no longer just uses that old, simple PLC technology.

Ray Zinn: So I can see that with the development of AI, that at some point using artificial intelligence, we should be able to design a circuit without even using engineers. In other words, all you got to do is just develop a technology block. And then the circuits will be created simultaneously using artificial intelligence to create these very complex circuits. I think we’re close to that now, but we’re going to get even closer to it. I think over the next five years.

Well, with that in mind, Robert, let’s conclude this podcast with a shout out to all people who are listening to contact their congressmen and senators to please stop the export of our valuable technology to these hostile countries. Robert, thanks so much for joining us today. We’re really grateful to be able to have you and be able to talk about the industry as how much has changed and where it’s going, and just appreciate what you do. Robert can be followed on LinkedIn under Robert Quinn. And please read my book, Tough Things First, which has been out now for seven years. It’s a textbook on how to run a company. Also, my book Zen is Zen One, Zen is Zen Two, and now Zen is Zen Three is coming out in July. Please pick up that book from your favorite bookstore and book retailer. And again, please join us for our next podcast. Thank you very much. And we’ll be talking to you later.