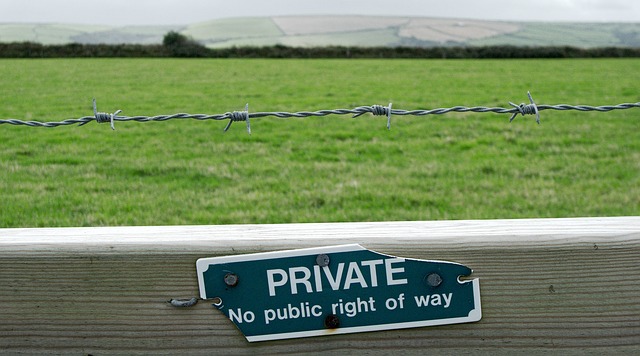 Modern companies, some tech some not, have boasted about flexible work schedules, telecommuting, or other work from home opportunities, but are there pitfalls from relying on such schedules, and is abuse likely to emerge? This Tough Things First podcast poses those questions to Ray Zinn, who understands sides of this so-called benefit that most people don’t know until it’s too late.

Rob Artigo: I’m Rob Artigo, your guest host for this edition of the Tough Things First podcast with Ray Zinn, the longest-serving CEO in Silicon Valley. Good to be back, Ray.

Ray Zinn: Hi, Rob. Good to have you with me today.

Rob Artigo: We’ve talked a lot about, at least on Tough Things First, the podcast, about work-life balance. In some cases, as managers, we may encourage that behavior by occasionally allowing employees to work from home or flex out their hours so they can accommodate certain family activities. Have you experienced any situations where an employee abused those privileges and became less productive or less available?

Ray Zinn: Yes, I have. I mean, this is a case where the employee has either requested more flex hours. When I interview them, or I should say when my staff interviews them, because we don’t just automatically allow them to have flex hours, we want to know why. We want to dig into the purpose of it. Because generally, you can uncover problems with flex hours if a person has family problems or other issues that are not work related that is promoting them to have flex hours, because then they’re going to spend their time on their family issues and not on their business at hand. That’s what I have seen.

Now, if the individual has a legitimate reason for flex hours, like distance in travel, or maybe the kind of work they’re doing requires them to communicate with other time zones, we allow that to happen because the time zones do change things in how they run their life. Like for example, IT. That’s an area where they have to be available around the clock. I had one of my IT people lived a hundred and something miles from our office. He said, “I’m better if I stay here because I can start early in the morning, communicating with Europe or with India. Whereas if I come in, if I drive into work, I’m going to lose all that time that I could be communicating with them during their hours.”

Ray Zinn: That was legitimate, and that worked out okay. Make sure when you are interviewing people for flex hours that it’s for work and not for personal or other issues not associated with work.

Rob Artigo: And you’re not saying … I know this well about you is you’re not saying that those life issues, those family problems, are unimportant. What you’re saying is that if the person is not really disclosing what those issues are, and they’re trying to make work excuses but include maybe some family needs, but they’re not being totally forthcoming about the situation, and that maybe all they’re trying to do is not be at work so they could be at home, whereas you … You can’t have somebody taking up all of their work time with family problems, because that’s an issue. I mean, obviously, if they’re not doing their job, they’re not doing their job. That’s not judgment on them personally, but that’s a bad situation because you can’t be paying somebody for being nonproductive.

Ray Zinn: Well, we’re talking again, that it’s … I’m not denigrating a mother having to pick up her kids or having to spend time at home with her children, or a husband who’s taking care of an ill spouse, or another family issue like that. It’s just that we’re talking work is work, okay? If you are wanting flex hours to deal with personal issues, you’re less likely to be productive because it’s stop, start. Stop, start. Stop, start.

In other words, you’re doing some work on your job, and then all of a sudden, somebody yells for you to come and change their oxygen bottle or something like that. Again, I’m not denigrating their need to help a loved one who is in need, but they’re less productive. Let’s just face it. If you can’t concentrate, you can’t spend the quality time at home or wherever your flex hours are put, you’re not able to be as productive because the stop, start, stop, start stuff in a job just doesn’t work.

Now, are there jobs that you can do stop-start? Probably, but I don’t know how many people are really productive in a stop-start mode. That’s what happens when you go with flex hours. There’s way too much stop, start, stop, start.

Rob Artigo: Could we encourage a work-life balance and allow people to do that while setting boundaries so that they understand what those boundaries are?

Ray Zinn: It’s difficult because it only takes just a few days to start a habit, and so it’s … If, for example, their work-life imbalance, as you would, is evident within a few days or a few hours, that can get corrected. But if it’s not found out for a month or even a few weeks, then it becomes a habit, and then you’ve lost the productivity of that individual.

If you have a way of measuring the performance of the person on a daily basis or at least a weekly basis of the employee I’m speaking of, then yes, you can probably work with that. If their job is flexible enough that they can do a lot of stop, start, stop, start, then certainly that works for them, but not everybody can do well in a stop-start mode because they lose train of thought. Your computer, your mind, does work in a very serial way, not in a parallel way, and so you tend to …

You’ll think about what your job is, and then somebody, some action of yours outside of your job comes along, and now you’re focused on that. Then, you have to come back and kind of get yourself restarted again. That’s what I call the stop-start part. It’s not easy to do flex hours and to manage flex hours. Because of the commute times and other related problems, an employee can be more productive in some instances with not having to have all that commute time chewed up on the freeway. Their work time can be chewed up on the freeway, and so that’s one area.

Rob Artigo: Yeah, it’s tough. I remember working on a job once where … It’s along the same lines. It was just the fact that sometimes during the course of the day, there would be … Maybe the job that was intended to be done was going to be delayed or canceled or something, and then the idea was you had this lull to wait for the next assignment. So, the boss said, “Don’t go home. We want you to go someplace nearby, and just wait there. Because if you go home, once you get home, you’re pretty much dead in the water to us. You won’t end up leaving. You won’t end up doing anything.”

Ray Zinn: Or, if you don’t even get into the work mode. If you just stay in your home mode or your personal mode and never get into the work mode, you’re getting hardly anything done. There are jobs, by the way, that companies have that require your full attention. Like, writing software or doing certain designs does require your focused attention, and you cannot have these breaks in your thought process if you want to be productive.

Flex hours sound good, and they are good. They just have to have a way to be monitored and measured. Some people do extremely well on flex hours, I mean, extremely well. But that’s like less than 10% of the people, so there’s a 90% chance that … Or the 90% of those on flex hours are not going to be as productive as they would be if they were at work.