Ray Zinn: “An excuse is nothing more than a reason wrapped in a bag of poop.” 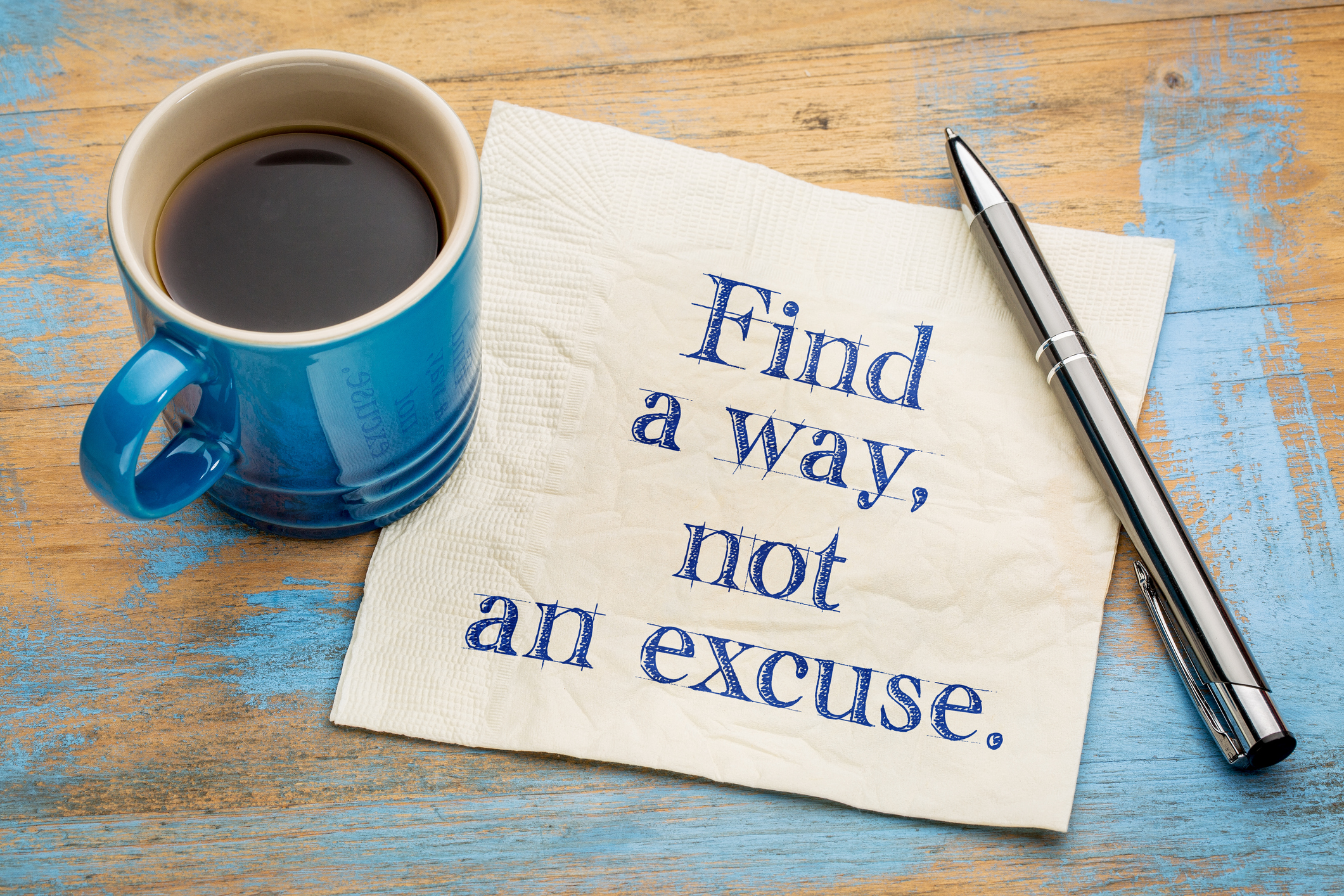 Ray Zinn, the longer serving CEO in Silicon Valley, was well known for fostering a culture of  “do whatever it takes, no excuses” at Micrel Semiconductor. In this Tough Things First podcast, Ray talks about why he views an excuse as nothing more than a reason wrapped in a bag of poop.

Rob Artigo: I’m Rob Artigo here once again, your host for this edition of The Tough Things First Podcast. I’m a writer and investigator in California. Here with me is Ray Zinn, the longest serving CEO in Silicon Valley history. Hello, Ray.

Ray Zinn: Hello, Rob. It’s so good to be with you again.

Rob Artigo: Well, in your 37 years as CEO of Micrel Semiconductor, you have heard just about everything. Certainly, you’ve heard your share of excuses. I imagine over time working for you, you would hear from individuals fewer and fewer excuses based on your philosophy here. But you once wrote that an excuse is a reason wrapped in a bag of poop.

Ray Zinn: I wrote that musing after one of my kids had offered an excuse on why something couldn’t be done.

Oh, my gosh. I never heard a good excuse. In my entire life, even as a younger person, I never heard a good excuse. They say, “Well, that’s a good excuse.” Well, no such thing. Just like there’s no bad excuse. An excuse is a reason for not doing something wrapped in a bag of poop. And so if you think about all the things that you are trying to explain away, you’ll find out that you’re doing your very best to come up a believable explanation. They say once you begin to deceive, a complex web you begin to weave. So whenever you’re giving an excuse, you’re deceiving. That’s a terrible thing to say. But honestly, an excuse is a deception. You’re deceiving somebody into wanting to believe that your reason for not accomplishing something is logical and reasonable.

And as I said, an excuse is just a reason wrapped in a bag of poop. Offering an excuse, just realize that the recipient on the other end is rolling their eyes, they’re…

Ray Zinn: They’re shaking their head. They’re not believing you anyway because they know you’re just offering a reason wrapped in a bag of poop. And so avoid excuses like the plague. Don’t give an excuse, just say, “Hey, I’m sorry, I’m going to fix it for you. I’m going to do this, or I’m going to…” Come up with your remedy and not your excuse. Your excuse doesn’t do a thing for anyone. It may make you feel better. You may think you’re fooling the person receiving the excuse, but in the long run of it, you’re not helping yourself or them. So rather than offering an excuse, just offer a solution. An excuse is a problem. A solution is a solution to the problem. So offer a solution, not an excuse.

Rob Artigo: Yeah. The old saying comes to mind, doing the old song and dance. And like you said, people want to hear the results. What kind of questions might I ask myself if I know… Or either I’m put on the spot and I have to answer to something or I’m making a call where I know that I’ve got an excuse in mind. What questions am I asking myself to be able to approach the conversation from not the excuse point of view? Because I don’t want to roll the bag of poop out in front of somebody. I want to roll out the solution. How do I get there? What’s my thought process to come up with the solution to it? That’s obviously viable because sometimes an excuse may be, I didn’t do something or something I did didn’t work out or whatever. You kind of feel like you want to justify your mistake or failure or something. So you might go there.

Ray Zinn: It’s like saying, “Oh, it looks like I owe you one.” As an example. It’s not an excuse, that’s a solution. Looks like I owe you one. Okay. Or I’m so embarrassed, I feel so bad, and so what can I do to make up for that, for what I did or didn’t do? And so that’s how you keep it from smelling like poop is by offering a solution. Okay, I’m going to go do this or I’m going to do that. I’ll go buy some flower… It’s a whole story. If you’re late home, you go buy and pick up a bunch of roses and bring it home. So again, make it smell good. Make whatever the problem is smell good. An excuse does not smell good. So just avoid, if you can, avoid coming up with an excuse because you know it’s not going to be accepted in a sweet way anyway.

Rob Artigo: I would imagine, Ray, that it would be also tempting and telling for the person… Again, usually the person on the other end of the line’s astute enough to figure out when you’re making an excuse that it’s just a bunch of pucky. But if you have a solution that is also trying to just dress up your poop that makes it sound like a solution, the person’s going to know that you’re dancing around it and that you’re not really sincere, that you’re phony.

Ray Zinn: Right. Well, let’s say you’re on your way home and you get involved in an automobile accident, now you’re going to be late. Well you have a cell phone. You can call your wife and say, “We just got into a little fender bender here and so I’m going to be…” Providing you got in a fender bender, of course. If you did, if you’re just using that as a way to get around, of course your wife can walk outside and look at your bent fender.

Ray Zinn: But my point is that if you are involved in something that’s unavoidable, at least call and let whoever the party is know that you’re not going to make it on time. It’s not going to smell good, but at least they know quicker than just showing up late. So again, the best thing to do is come up with a solution. And for example, if something’s happening at work, if you got delayed because of some issue at work, it’s a legitimate problem that you had at work, just call whoever it is that you’re supposed to meet or do or take some kids to school or whatever and just say, “So, I’m going to be an hour late, so we have to come up with another solution.” Again, once you begin to deceive, a complex web you begin to weave. So make sure that whatever your solution is matches the problem that you’re facing.

Rob Artigo: Yeah. It sounds like also you’re saying don’t delay and don’t put off that discussion because you leave somebody hanging or leaving them out in the lurch is only going to compound the problem.

Ray Zinn: Yeah. If somebody texts me and say, “I’m going to be another hour,” or, “I can’t meet today,” or whatever, I appreciate that. I mean, it’s going to be a problem for me, but at least I can make my adjustments now and I don’t have to wait and wait and wait and then find out, oh look at this. So again, an excuse is a reason wrapped in a bag of very smelly poop.

Rob Artigo: Every time you say that it makes me laugh because there’s so many other ways you could go and your reputation at Micrel was you had the swear jar, you didn’t use more vulgar language to describe things. But there’s lots of ways to describe that that could go against your policy and be putting money in the tip jar, I mean in the swear jar. But if you respond in a timely fashion, get it out there, you save yourself a hassle. But also I suppose avoid getting your reputation. You probably worked with people that you knew when you got a call from them that they were going to have that bag of poop ready to roll out in front of you. Correct?

Ray Zinn: Yep. Really a quick, a funny story… Not funny, but because it’s kind of sad, is I had this, years to years ago, before I even started my company, I had this gal working for me that kept coming in late every day and I kept telling her, “You’re late.” And she always blamed it on a flat tire and I said, “Next time you’re late, you better come up with another excuse rather than a flat tire.”

Rob Artigo: Yeah. Because it was the same one all the time. Like you said, once you are deceiving, you are weaving that mesh that you’ve got to remember all your lies. And if you run into a situation where you make multiple claims to the same person, you’re outed right away. They’re going to-

Ray Zinn: As Judge Judy says… Let’s see, what is it? You don’t have to have a good memory if you tell the truth. So make sure that whatever solution you come up with is truthful with regard to the situation that you’re having. Truthfulness doesn’t require good memory.

Rob Artigo: Well, you can join the conversation at toughthingsfirst.com. Your questions and comments are always welcome there. You can reach out to Ray, you can actually contact him. He reads his emails. So follow Ray Zinn at Twitter, Facebook and LinkedIn and of course pick up Ray’s books, Tough Things First, the Zen of Zinn one and two, and now of course the Zen of Zinn 3 on the market. You can find it at Amazon. You won’t regret picking up those books. Please do. Make sure you start with Tough Things First and then work yourself into daily reflections through the Zen of Zinn series. Thanks again, Ray.

Ray Zinn: Thank you, Rob. I appreciate this.