Who Moved the Cheese? 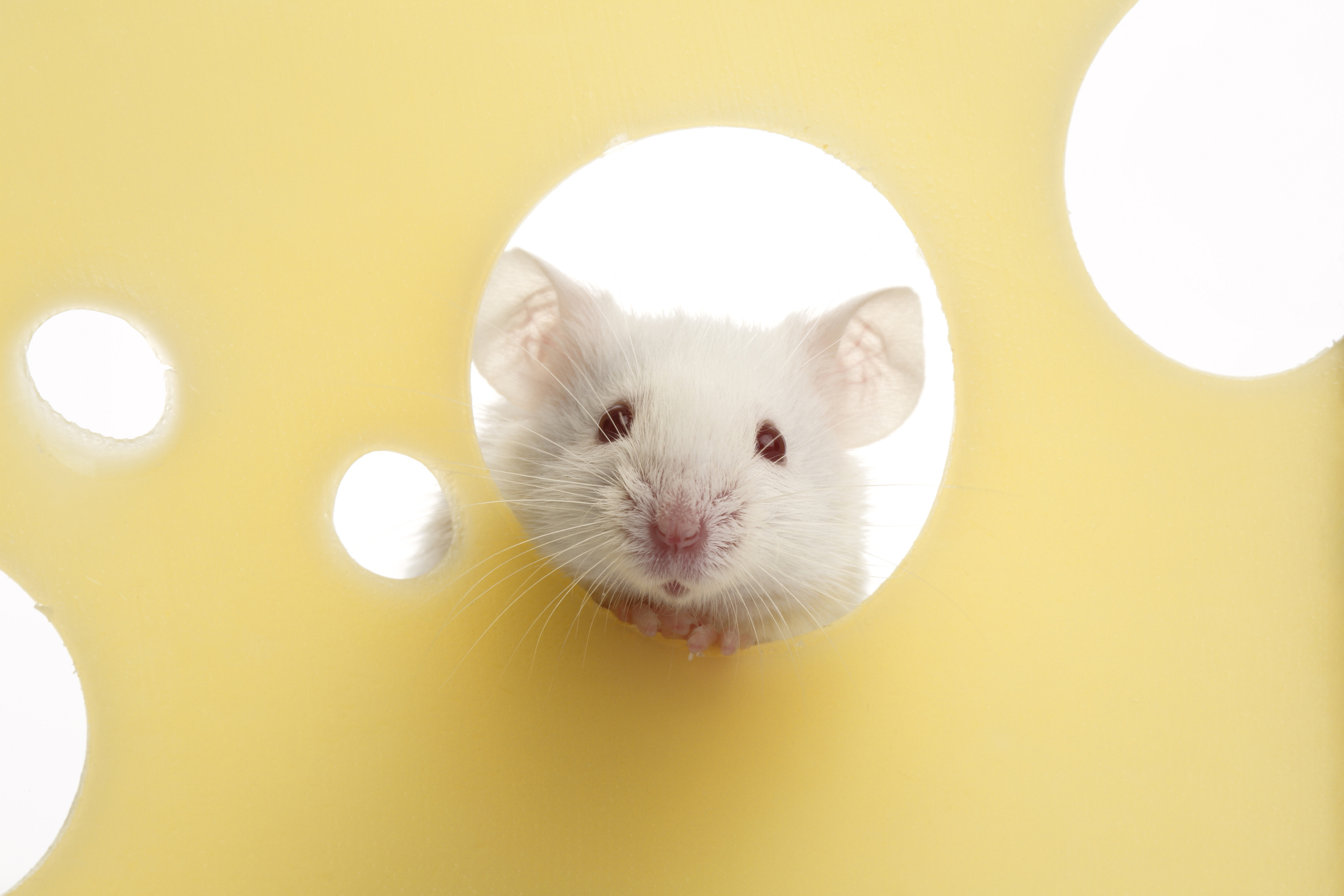 The ability to pivot is not only an option in business, but also a necessity. In this Tough Things First podcast, Ray Zinn is joined by Robert Barker to discuss the important concept of embracing change to stay profitable.

Ray Zinn: Hello, everyone. Welcome to another very special podcast of Tough Things First, I am so delighted. My name is Ray Zinn. I’m the author of Tough Things First and also the head of these podcasts, Tough Things First. And with me today, I have a very special guest. His name is Robert Barker. Robert worked for me for many, many years. He was my CFO and is also my vice president of HR and legal. And we had a great time working together for many, many years at Micrel Semiconductor. And I’m glad to have Robert with me on the program today. So welcome, Robert.

Robert Barker: Thank you very much, Ray. I’m happy to be here.

Ray Zinn: We had a meeting every Friday at one o’clock. Every single Friday that we invited all the main players in our staff, operations, HR, accounting, design. We had all these different groups that met, about 20 or 30 of us there.

Ray Zinn Cont.: And they met in a conference room every week and we reported on what we were doing. And so one of us was assigned each week to give a little pep talk, a little talk about what we thought was important to help the company. And I remember you gave this talk, I’ll never forget it. The talk was about this book called Who Moved the Cheese. Do you remember that?

Ray Zinn: Briefly tell our audience why you chose that topic.

Robert Barker: The book was about a couple of different mice and they were going through a maze and they were looking for food and they had food there. And then one day the food was moved. It was somewhere else. And one of the mice went to the same location every day, day after day. And never found any food and was getting weaker and weaker. And the other mouse, he kept exploring. He kept looking for food in different places. And then he would find it and he would find the food. And so he got healthier and was a nice healthy rat. And the other one kept, he always wanted to go to the same place. He never wanted to look elsewhere. He knew where it was and he always expected he would find it there every day.

And I just thought it was a great little book that, this is the kind of book that you could take home and talk to your children about that illustrated just a really significant point is that the, we could call it the goal post, in business and in life, keep getting changed. The things that we have to do, the facts and circumstances, they always change. And especially in the semiconductor business, because our revenue in the semiconductor business and we’ve both been at it for a very long time. It’s always either going up or down. It rarely goes sideways. I like that. I found that really exciting. And because of that, it’s always changing and this book was about change. And I thought it was a good book for everybody there. It was something that would really catch them, it’s catchy, catchy little title, and something they would even share with their families too. So that’s how I picked it.

Ray Zinn: Well, the bottom line f your message that you gave, I remember this, is this talk to you gave very clearly. It’s about pivoting and that’s a term we use in industry today is the ability to pivot. And so I have a program called Zinn Starter that I have at different universities. And one thing I look for is these students have these great ideas, but I ask them, okay, so what happens if that market goes away, or if you have to change the way you approach the market, and I call that pivoting. And so on basketball, that’s what you do. You’re constantly pivoting in basketball and John Wooden was a well known coach of yours, not yours, but at the school back when you went to UCLA.

And so we learn to pivot. If we’re fast on our feet, we learned to pivot quickly. And so this story about who moved the cheese. So the one mouse, of course, he was going back to the same rat hole every time looking for that cheese, because that’s where it was always. And then when it got moved, he just starved to death. And so this is so true in our industry, in business. So one of the stories that I remember as a kid was back in the fifties, the shrimp boats left Galveston and went to Baton Rouge or Louisiana, somewhere in there. Anyway, there was a shrimp boats move, and they noticed that all these seagulls were dying.

They’re dying by the thousands. And so when they opened up their gullets and looked, they found no food inside. So what was happening was is that the seagulls were so used to feeding off the shrimp boats, that they forgot how to fend for themselves. They forgot how to survive on their own. And so that story has always stuck with me. And so when you told this story about who moved the cheese, I immediately thought of that story of the Seagul. So another example is we had recently this issue with Elizabeth Holmes on this company called Theranos where she had this little machine that was supposed to test your blood and with one drop of blood, we’d give you all the parameters and everything. And what happens is that as you know, her idea might have been okay, but the implementation was terrible.

And so the machine never worked and they never got it working. But she wouldn’t pivot. She would just stay on the same frequency as you would. And wouldn’t pivot. And of course, now she’s in trouble, because she’s found guilty and now’s going to be sentenced in September for taking 700 million dollars from some very well known investors on a product that really was not very well thought through. And she approached it in such a way that she wouldn’t give up on the strategy that she was using. And of course she didn’t pivot and she ended up not only taking herself down the drain, but a lot of investors with her. So again you need to be willing to pivot, to move, shuck and jive, as they say, basketball players do this all the time. They call it pivoting.

Robert Barker: You have a foot, you have a pivot foot.

Ray Zinn: Yeah, exactly. You have a pivot foot and the same thing in football, when the defense changes their structure of the line, the quarterback may have to change his play on the fly. And so again, whether it’s in sports, whether it’s in business or medical or whatever, you have to be willing to pivot and not stay on the same track, or you’re going to starve to death as the seagulls in Galveston did. Or as that mouse did, as he looked for who moved the cheese.

Robert Barker: At Micrel, we came out with a lot of products and that was one of the big strengths of our company. And it was a big strategy that we had a lot of products in the pipeline and we built up thing and we had a, gosh, a good, good… We identified the market, the marketing people would identify these markets. And we go out and get customers and all that. But a number of times that product would come out and maybe it didn’t be used in that product and in that market, but it would be used in another market. That was one of the really, really strong things about the analog marketplace is that if you’re creative, you get a product and it’s supposed to go here. Well, Hey, it can also go there.

Ray Zinn: Well do you know who DoorDash is, right? Have you heard of that?

Ray Zinn: So DoorDash is nothing more than Webvan. Remember Webvan back then?

Ray Zinn: Okay. So Webvan had four or 500 million that they raised. This was back during the.com era. And so as, as Orson Welles says, no wine before it’s time. So Webvan actually was just a little ahead of their time because DoorDash does exactly what Webvan did.

Ray Zinn: And only now the market’s willing to accept it. So you may have a fantastic idea, but if the market’s not ready, it’s not going to fly. So again, this is all part of pivoting. You have to know when your market is going to open up for you.

And that’s what we did at Micrel is we pivoted, I know Robert, because you weren’t with me from the full start of the company.

Ray Zinn: There is no plan casting concrete except concrete itself. So you just have to keep moving and keep looking for where the cheese is.

Robert Barker: Well, I just have one of the last thing that I think about, one of the big pivots that we had to make at Micrel is we had, and this was early on, we hadn’t been public long. We had a customer that was 20% of our business.

Robert Barker: And it went away in…

Robert Barker: Short order. Yeah. I think of almost overnight, just overnight. Yeah. 20% of the business. That was a pivot.

Ray Zinn: That was a pivot.

Ray Zinn: And that’s the way life is. I have a friend who’s whose daughter just came down with stage four colon cancer and now her family’s going to have to pivot. And bad things happen. As long as you live here in mortality, as they say, adversity is like manure, it stinks, but it helps us grow. We have to be able to deal with adversity. We have to be able to deal with change. We can’t just keep going back to the same horse trough for our food so…

Well, thanks, Robert. I really appreciate you joining me today. This has been great to reminisce and to think back upon how we ran Micrel for 37 years and how we made that company so profitable for so many people.

Ray Zinn: Say hello to your family and appreciate you joining me.

Robert Barker: Will do, Ray.